Hi! I’m Christine, I am a post-baccalaureate intern at Archbold Biological Station. I am able to be here because of a generous grant from the Vaughn-Jordan Foundation, who support research internships at Archbold’s Plant Ecology Program. I began my internship four months ago and am now in the middle of my project! 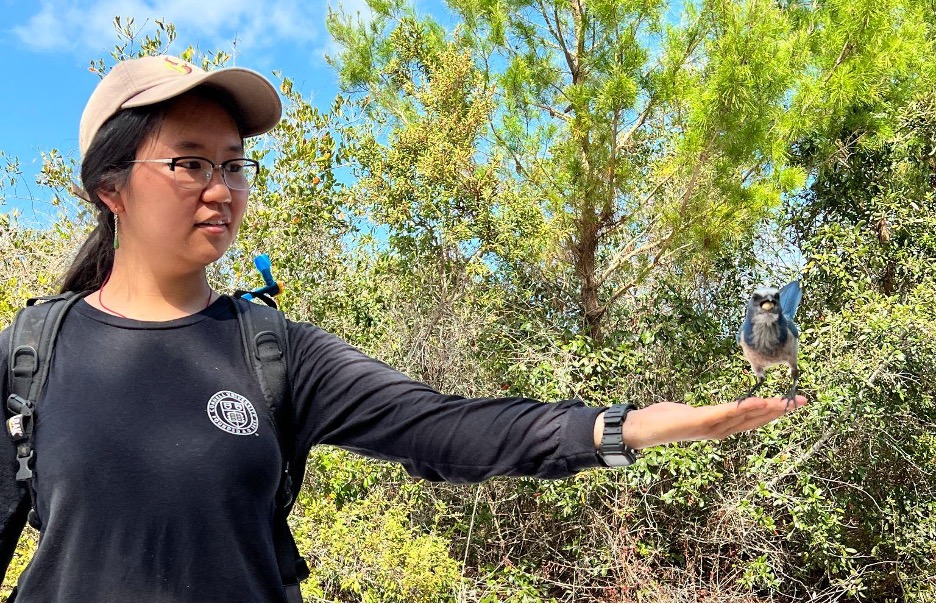 My project focuses on plant functional traits in three different habitats of different elevations of the Florida scrub. From highest elevation to lowest, the habitats are Rosemary Balds, Scrubby Flatwoods, and Flatwoods.

Florida elevation does not change much. The lowest point at Archbold is about 40 meters above sea level, and the highest is only about 60 meters. However, these elevation differences are enough of a difference for the species that live in the Florida scrub.

The wet-dry season cycles and wildfires (or prescribed burns) interested me, so my initial project was to study the impact of soil moisture on plant functional traits to do with water intake, retention, and loss. Specific leaf area would indicate evapotranspiration from the higher or lower surface area; stomatal density would indicate water loss through gas exchange; root density at different depths in a given volume of soil would indicate where the roots wanted to be to take in the most water; and leaf water potential would indicate plant water stress.

My water idea mostly hinged on the one trait tying everything together, leaf water potential. I would use the lab’s Scholander Pressure Chamber, last used fifteen years ago. Then, after multiple days of cleaning and checking different things, we put the Chamber to the test. We found one leak. Then another. And another.

At this point, we will try one more time, but I have also adjusted my project’s focus to continue without this trait. Fortunately, plant functional traits haven’t been studied much in the area, so there is much to explore. 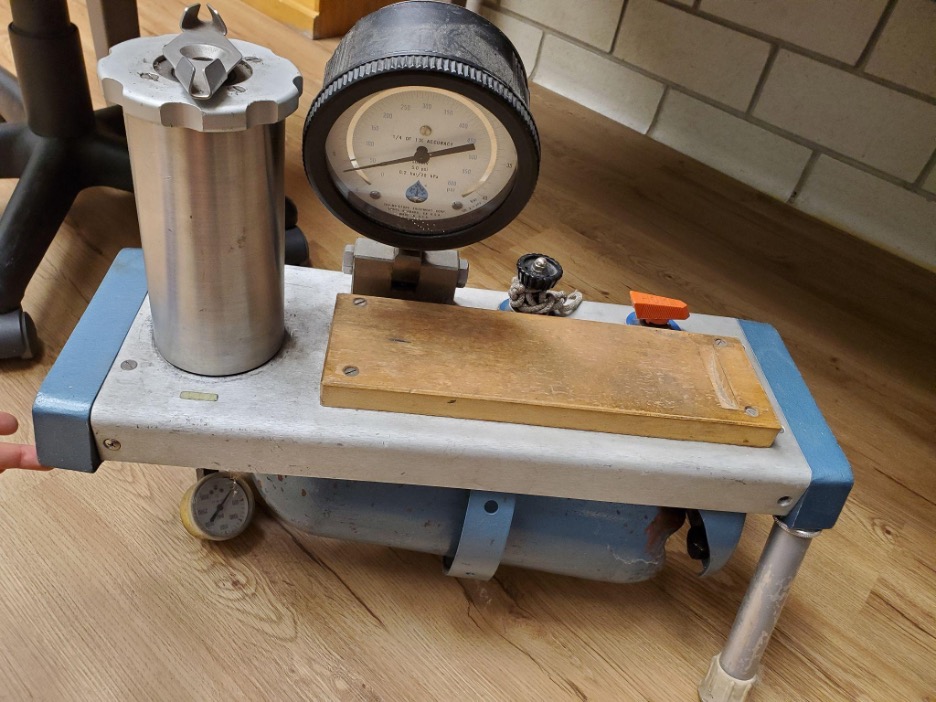 Fortunately, the other project is looking at the tiniest, fine roots for mycorrhizae. In addition, the species match a few of mine, so I can actually use the larger primary and secondary roots for my project. In this way, I already have collected specimens!

My traits also cover various parts of plants: leaves, stems, and roots. I am looking at the dry matter content of the different parts for its relation to flammability and lifespan. I will also look at stomatal density, which relates to the gas exchange of water, oxygen, and carbon dioxide. Given the wet-dry season influence, I’m particularly interested in these traits’ water and flammability aspects, even if my project has a broader focus than just water.

In many ways, this feels like my first real independent research project. That’s not to say that my undergraduate research experiences weren’t real, but they were much shorter-term and less involved on my end. This is the first time I am the sole person actively working and spending so much time on a project.

Naturally, I’ve spent so much more time on this research than on any other research project, just by the vast majority of my job being research-oriented. I’ve read so many more papers and looked more deeply into the methodology than for any other project. No one else knows more about what I’m doing than me.

I’ve learned so much about how research works in general as well. I’ve learned how much collaboration can go into a project, especially from other related, concurrent projects like the root mycorrhizae project.

What has also been interesting is the difference between my project’s focus and the Plant Lab’s focus. The Plant Lab focuses primarily on rare and endangered species, whereas my project looks at the most common species. The Plant Lab mainly monitors long-term studies, while mine looks at a snapshot of the current year and season.

During my time at Archbold, I’ve learned about how projects develop. My project has adjusted in the short term. The Plant Lab’s longer-term studies have also been adapting. For example, we recently changed one project from individual-level demography to species-level. Learning about the process for research projects has been really interesting.

I’m excited to see how my project develops as I get closer to the end of my internship. I’m looking forward to the next stage of sampling and processing, and I’m most excited to see what stories my project will tell in the end. 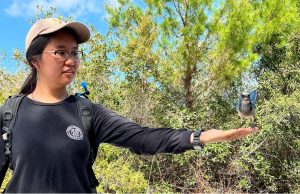