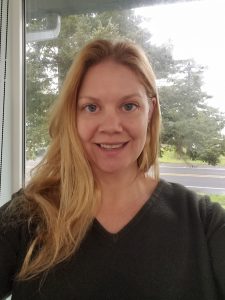 Angee Doerr is the current Chair of the Early Career section. She is an interdisciplinary ecologist, and a Professor of Practice at Oregon State University, focused on commercial fisheries and marine coastal resources. Angee works closely with commercial fishermen, managers, and researchers, to advance our understanding of fisheries and other marine resources in Oregon and along the west coast. Angee is also a Commander in the US Navy Reserves, having spent eight years on active duty as a naval flight officer prior to returning to graduate school, and another nine years in the Reserves as the Officer-in-Charge of a variety of units. The Early Career section was invaluable to Angee as she transitioned from one career (the US Navy) to a very different one (professional ecologist), and she hopes she can support others making important professional changes in their own lives. 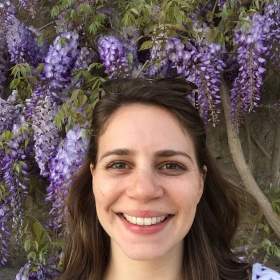 Cari Ficken is a plant ecologist and a Postdoctoral Research Fellow at the University of Waterloo. Her research looks at the effects of environmental stress and disturbances on plant communities and ecosystem functioning. Having worked in wetlands, forests, and savannas, Cari is an ecological generalist. Outside of science, she is the partner of another academic environmental scientist and mother. She became involved with ECE by attending professional development sessions at the annual meeting and by benefiting from the network of diverse early career ecologists within ECE. 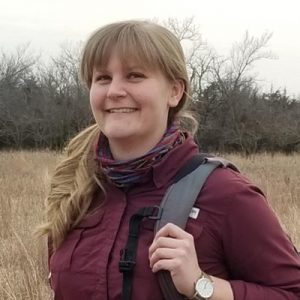 Molly Reichenborn is a research project manager at Wichita State University with experience in plant community ecology. Her current research focuses on the interaction of plant, insect, and bird communities and their response to management practices on grasslands replanted through the USDA Conservation Reserve Program. She is starting a PhD program at New Mexico State University in the Fall. She initially became involved with the early career ecologists as a member benefitting from sessions at the annual meeting organized by the section, and through resources compiled on the section website. She is excited to return the favor to members by building diverse resources and a supportive environment as they navigate the early stages of their careers. 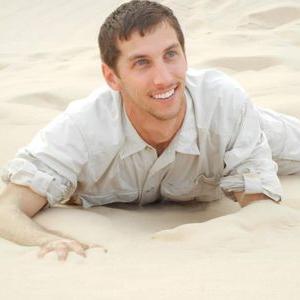 Nate Emery is the Early Career section Past-Chair. He is a plant ecologist and currently transitioning between postdoc 1 and postdoc 2. Before grad school, he took two gap years between undergrad and grad school as a field technician in Yellowstone National Park, secretary for Mylan pharmaceuticals, athletic tutor, line cook in a burrito restaurant, and field ecologist for The Nature Conservancy in Oregon. For grad school, he studied coastal fog and wildfires at UC Santa Barbara. He currently studies professional development in biology faculty and switchgrass ecophysiology.

Christel Kern is a Research Forester at the USDA Forest Service, Northern Research Station in Rhinelander, WI. Her research interests include structure, traits, and diversity of ground-layer plants, regenerating trees, and seed banks in managed and unmanaged forest ecosystems. She manages research natural areas and experimental forests in the Lake States as well. Her role as Blog Editor is part of our effort to provide semi-regular updates on activities and to share experiences across career paths. 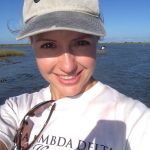 Avery Scherer is a marine and aquatic ecologist whose research focuses on species interactions and their influence on ecosystem function.  Her academic experiences include a couple postdocs and have focused on non-consumptive predator effects and invasive species ecology in south Texas oyster reefs, in lionfish in the Caribbean, and in Hawaiian stream communities.  This year she made the leap into non-academic work, accepting a position with the consulting company Cramer Fish Sciences where she studies the role of species interactions in the success of river restoration projects benefiting California salmonids.  Avery is a former graduate of the section’s mentorship program and enjoys employing her passion for science communication in the name of early career ecologists. 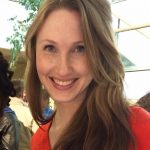 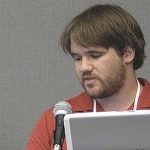 Naupaka Zimmerman is an Assistant Professor in the Biology Department at the University of San Francisco. He is a microbial ecologist interested in the plant microbiome, particularly foliar fungal endophytes. He is also involved with the International Network of Next-Generation Ecologists (INNGE) and Software Carpentry. 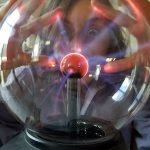 Camilo Khatchikian is an Assistant Professor in the Department of Biological Sciences at the University of Texas at El Paso. 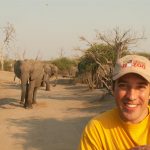 Tim Fullman is a wildlife ecologist with The Wilderness Society based in Anchorage, Alaska. He is broadly interested in spatial ecology and especially intrigued by movements and distributions of large mammals in response to environmental factors and human impacts. His current research investigates caribou responses to energy development and other human activity in Arctic Alaska while previous work sought to understand the factors that influence elephant movement patterns and impacts on vegetation and large herbivores in southern Africa. 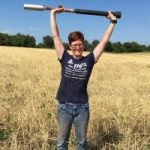 Cait Rottler is a Postdoctoral Researcher at the USDA Southern Plains Climate Hub in El Reno, Oklahoma. She is broadly interested in range/grassland responses to disturbance and climate change and the drivers of human interactions with managed ecosystems. She currently works with stakeholders in Texas, Kansas, and Oklahoma to increase the capacity of agricultural systems to withstand climate change, with a specific focus on soil health. Her prior research was on the responses of plant communities and soils to reclamation on oil and gas wellpads in Wyoming. Her favorite part of any scientific research is using it for outreach and education activities, and her favorite part of grad school was teaching. She’s excited to join the Early Career Section board as an Officer at Large and looks forward to helping out wherever she can!