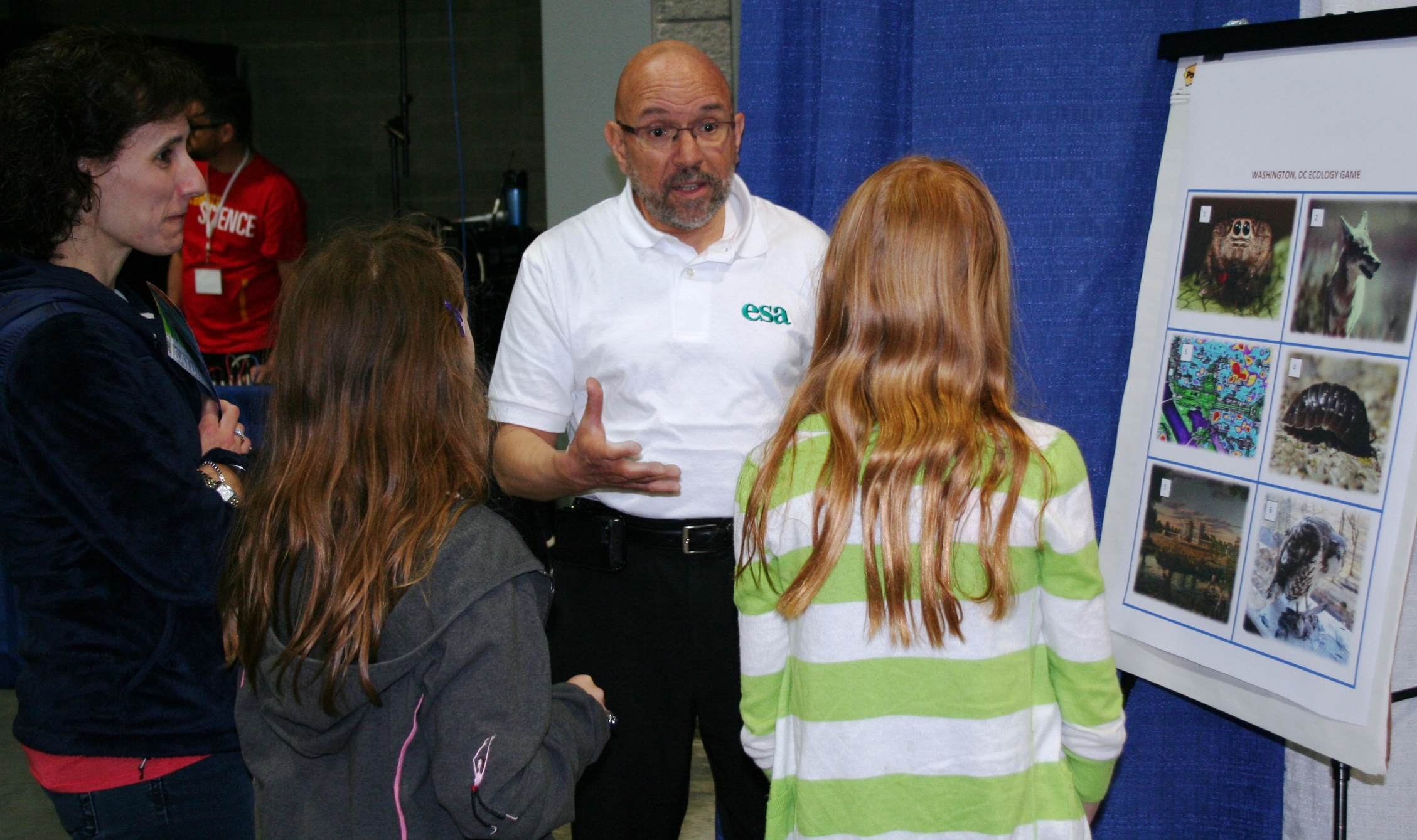 Since the earliest days of the Ecological Society of America’s existence (it’s 98 years old) ecologists have sought to share scientific information.  In the 1950s, the Society created a public affairs committee and its members actively engaged with federal policy makers on some of the key environmental legislation of the 1960s and 70s, like the Clean Water Act.  Thirty years ago, ESA opened its public affairs office in Washington, DC and began building connections and capacity for the ecological community to share ecological insights with policy, media, environmental and other communities.

Press releases, podcasts, blog posts, tweets, Facebook posts, congressional briefings , congressional visits, science poster sessions for Congress, and the USA Science Festival are among the ways in which ESA helps share ecology.  Since the mid-1990s, ESA has offered media and policy training workshops for ecologists and other scientists that provide how-tos and hands-on practice.  Members are also invited to contribute guest posts to EcoTone and share their work through our podcasts.

A relatively new ESA initiative is the development of a speakers’ bureau to increase interactions with communities of faith.  Born out of the Earth Stewardship Initiative and championed by ecologists like Greg Hitzhusen, this collaboration with partners such as the National Religious Partnership for the Environment seeks to bridge historic divides and share ecological information with local congregations and environmental justice communities.

In addition to outreach efforts facilitated through ESA, many ecologists are actively involved in their local communities, taking part in citizen groups, working with school children or advising a municipality.  Sometimes, the most meaningful types of engagement, but also the most difficult, are long-term efforts. Mark Brunson, for example, spent years facilitating a collaborative agreement that the end-user ignored.  But, as he said during a 2010 ESA policy workshop, “Twelve years later we’re better off in part because of the relationships built during that initial effort.”  As several of us noted in a Frontiers in Ecology and the Environment  2010 editorial,  “True engagement means accepting that we do not control the outcomes of the process and that it may take longer than anticipated.”

In an ESA podcast, Elena Bennet talks about the need for scientists to understand political contexts and tailor the scientific information they want to share with policymakers in ways that will resonate: “…simplifying just means that I reduce the complexity of my message, but making it accessible really requires me to understand the point of view of the person that I’m talking to and meet them half-way with my message, so it’s not just simplifying my message, but it’s bringing the story in a way that respects the other person’s point of view and the decision that they’re trying to make.”

A Society workshop in 2011 included case studies illustrating the myriad ways in which ecologists are working on wide-ranging ecological concerns in their communities, with many other stakeholders.  For example, Marianne Krasny’s work with community-based urban forest restoration became a way to meaningfully connect people to their environment. In a 2012 Frontiers article, she and Keith Tidball write that civic ecology practices reflect local cultures and environments as well as the practical knowledge of city residents.

The matter of how we can cultivate our ability to hear others who may hold very different perspectives from our own is something to which Faith Kearns has devoted considerable time.  As she writes in a 2012 article in the Journal of Environmental Studies and Sciences “…engagement places relationships front and center, creating not so much a communication challenge as a relationship challenge.  In truly engaged relationships, listening, with the willingness to be changed by what is heard, becomes an equally, if not more, significant part of the communication process.”  Kearns points to useful approaches such as contemplative practices, which can help individuals build the capacity to listen and deal more effectively with conflict, and can lead to new insights. After all, she reminds us, famed wildlife ecologist and past ESA president (1947) Aldo Leopold kept diaries where he worked out his thoughts, experiences and impressions.

It’s an exciting time to be an ecologist with an interest in reaching out and contributing to wide-ranging issues from ecological literacy to species extinction to food security. Today’s ecologists are more dedicated than ever to engaging outside the field. Their Ecological Society of America “grandparents” would likely be immensely proud.