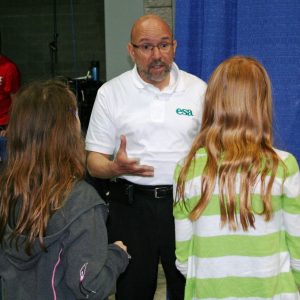 Dr. Steward Pickett has been a member of ESA since 1972. A native of Louisville, KY, his work in several different fields in ecology have afforded him amazing research experiences in old growth forests, the Negev Desert, Kruger National Park in South Africa, Baltimore, and rapidly changing cities in China. In 2011, he became ESA’s first Black president.

After some generous mentoring by three science teachers in high school, Steward decided that it was worth pursuing a major in college that could prepare him to become an ecologist. Steward went to the University of Kentucky where he was one of two botany majors in his graduating class. He had generous and enthusiastic mentoring, in particular being invited to do honors research by Profs. Jerry and Carol Baskin. After that, he spent five years under the tutelage of the late Prof. Fakhri Bazzaz at the University of Illinois. Toward the end of his tenure as a graduate student, Prof. Richard Forman, then at Rutgers University, convinced him to apply for a position in that diverse and exciting Botany Department. After nearly 10 years teaching different kinds of ecology at Rutgers and trying to pay forward mentoring to a diverse student body, Steward was given an opportunity to move to Cary Institute of Ecosystem Studies. The flexibility of the position at Cary allowed him to explore new research that ultimately converted him to an urban ecologist, a new field in the United States at the time. Connecting with conservation practitioners, architects and urban designers, and social scientists has boosted his interest and skill in interdisciplinary research, which seems an ever more important way to contribute to solving important environmental problems.

Since being an ESA member, he has been a part of the Inclusive Ecology Section, the Black Ecologist Section, the Urban Ecology Section, the Mid-Atlantic Chapter, the Theoretical Ecology Section, the Vegetation Section, the Long-Term Studies Section, the Nominations Committee, and the Governing Board. When asked what else Steward wanted to say to the ESA community, he said, “My reading in sociology, philosophy, and history of science have led me to the conclusion that the openness and diversity of the scientific community are required for its success.”  Steward also added, “ESA is the best organization to help the community of people who generate new ecological knowledge and who connect that knowledge with society, to function effectively.”

In Antarctica, ice-free habitats occupy less than 1% of the continent’s terrestrial extent but nevertheless harbor eukaryotic biodiversity, which has been largely understudied due to logistical constraints. However, a novel combination of methods – repeated lasso regression linking environmental DNA traces with soil properties – has shown promise as a relatively easy and cost-effective means to predict the presence of phyla based on selected geochemical properties of soil samples, such as pH. In the December issue of Frontiers, Czechowski et al. share how the probability of detecting tardigrades (phylum Tardigrada) was higher in the absence of alkaline substrates, for instance, at sites in the Prince Charles Mountains. By establishing such biotic–abiotic relationships, this approach can help to inform future surveys for, and conservation of, Antarctic taxa.