The Ultimate Standoff: Hummingbird Vs. Caterpillar

In a 26-minute standoff, a snake-mimicking caterpillar was unable to feed during attacks from a nest-defending hummingbird. (Video provided by James Marden) 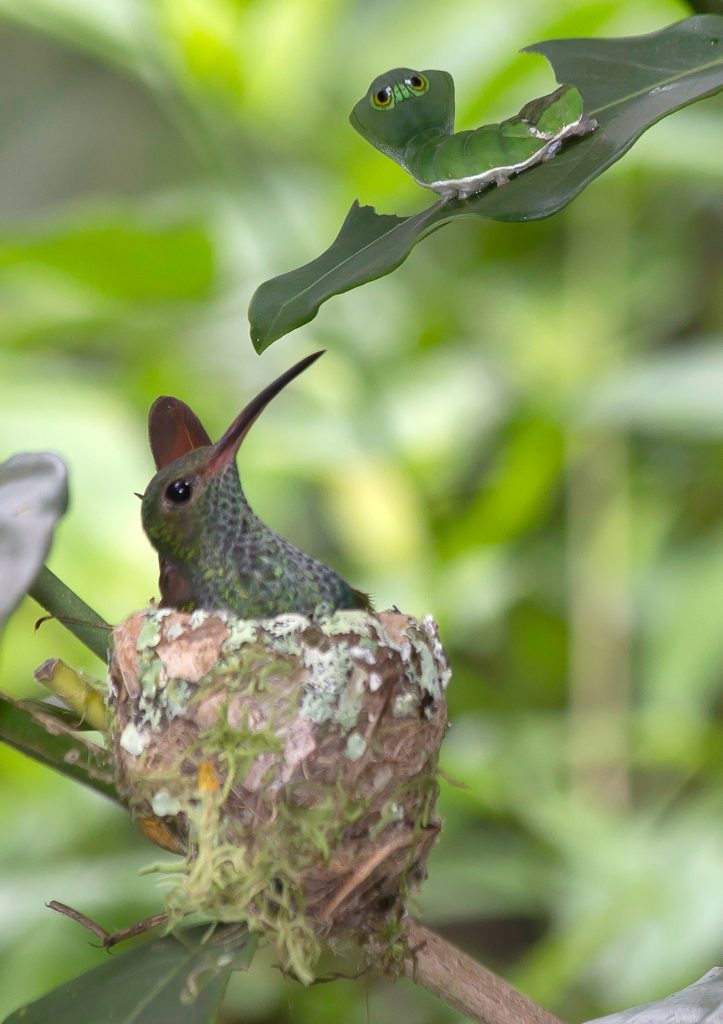 The caterpillar had begun feeding during the night, but the comings and goings of a hummingbird disturbed it, causing it to expand and reveal its “eyes” and rear up into its snake-mimic posture. Photo courtesy of James Marden.

The caterpillar was unable to feed during the 26-minutes of nearly continuous attacks. Most of the bird’s movements were cautious and exploratory, but included quick thrusts to peck or bite the eyespots. 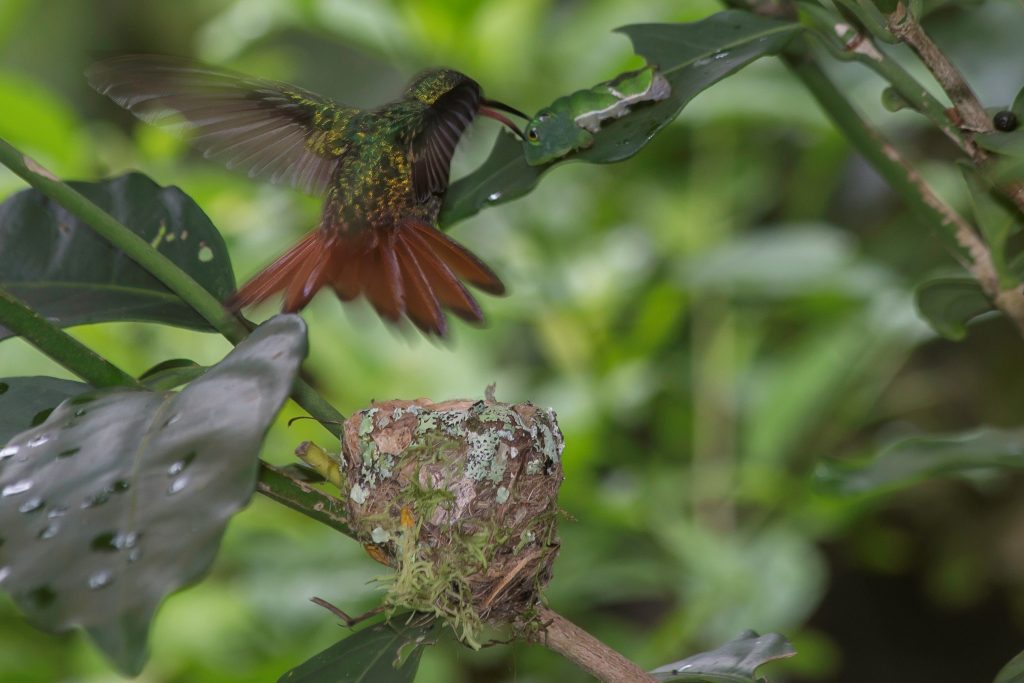 View more photos of this amazing encounter on the author’s website: https://mardenpix.smugmug.com/Other/Hummingbird-caterpillar-interaction/n-BqjkqQ/ 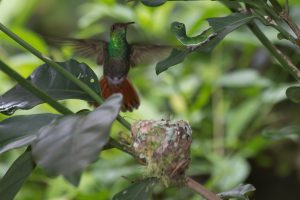