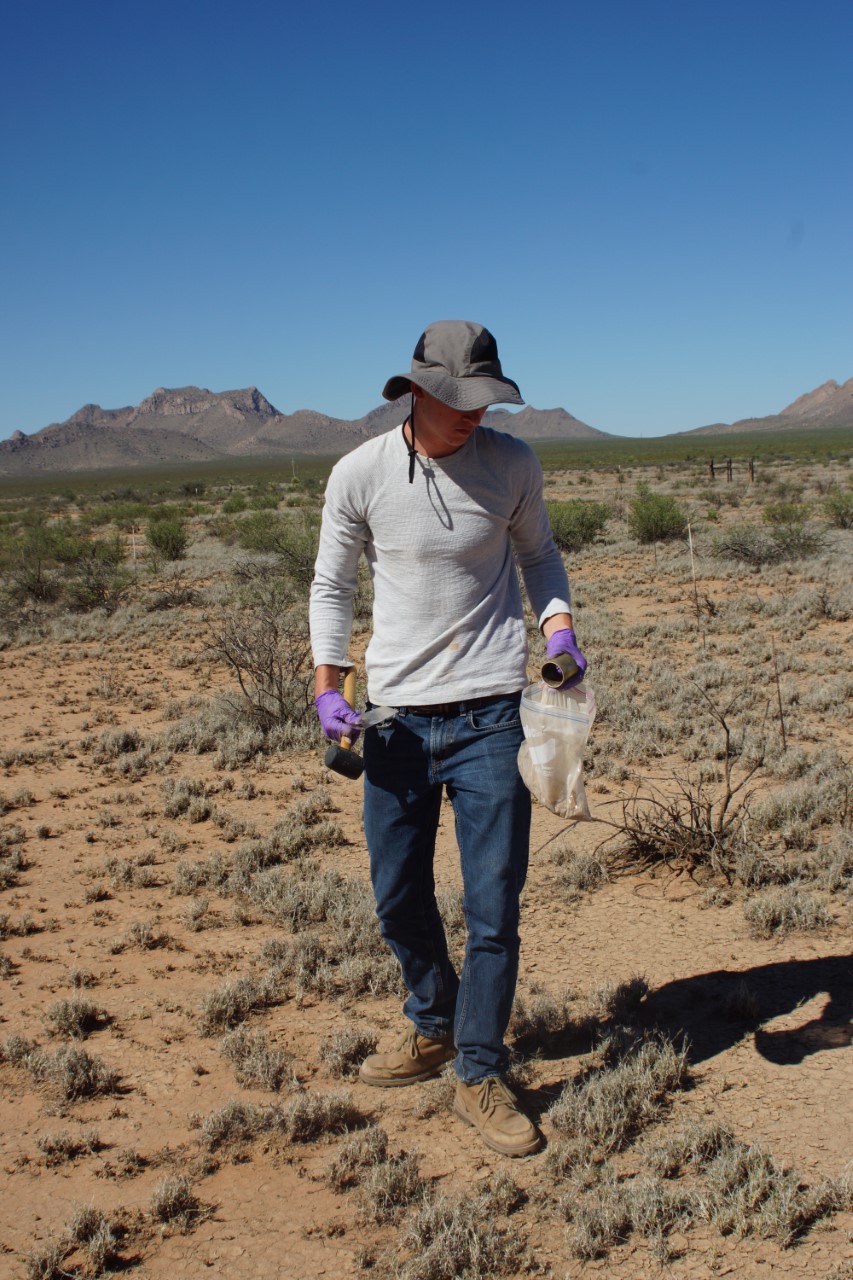 Frederick Hansen, a junior majoring in Biology at New Mexico State University, received the Forrest Shreve Student award for his research into patterns of microbial life in the soil at the Jornada Experimental Range in the Chihuahuan Desert near Las Cruces, N.M. His project continues a NSF-sponsored summer Research Experience for Undergraduates (REU) with Assistant Professor Nicole Pietrasiak.

Microbes have a strong influence on nutrient cycles and water retention in soil. Hansen and Pietrasiak are interested in how relative abundances of bacteria with different functional capabilities may reflect differences in soil quality and above-ground plant communities. They took advantage of enclosures established by the Jornada Basin Long Term Ecological Research Program in 1989 to monitor the net primary productivity of the plant communities in five zones named for their dominant vegetation types: creosote bush, grassland, tarbush, playa, and mesquite dunes. The enclosures keep out cattle and human disturbances – other than researchers monitoring the sites from designated paths.

Hansen examined samples from the top 1 centimeter of soil in the different vegetation zones under a microscope, after giving them water to allow them to grow. He identified algal functional groups based on their morphology. Preliminary results show a lower abundance of bacterial functional groups in sandy soil, most notably in the mesquite dunes. These sandy patches, spotted with brushy mesquite trees, are spreading throughout the region, creating problems for native species and ranchers. Researchers believe overgrazing may nucleate the spread of the mesquite by disrupting the integrity of the topsoil.

With support from his Forrest Shreve Award, Hansen submitted soil samples to next-generation DNA sequencing to identify the microbial species present, based on genomic markers.