Steven Brady is an evolutionary ecologist with the Department of Water and Land Resources at King County in Seattle, Wa. He and colleague Jonathan Richardson, an assistant professor at Providence College, share this Frontiers Focus on the ways in which species adapt to the pervasive presence of roads—and how those adaptations are not always beneficial for survival in the wider environment, in the March 2017 issue of ESA Frontiers.

Plants and animals are evolving in response to roads. In the March issue of ESA Frontiers, Jonathan Richardson and I describe how even roads in relatively undeveloped places can have big impacts. Our idea for this study grew out of our overlapping research as graduate students in David Skelly’s Lab at the Yale School of Forestry & Environmental Studies. There, we began finding that the populations of frogs and salamanders that we studied were not only impacted by roads, but also appeared to be evolving quickly. Through our conversations, we began to realize that roads—with their many negative effects—might be recipes for rapid evolution. At the same time, we realized that such evolutionary perspectives were largely absent from the way that road effects were typically studied.

Because roads are so common, we expect that road-induced evolution is happening all across the planet. For example, roadside plants have evolved higher tolerances to runoff pollution, while cliff swallows have evolved shorter wings in response to road kill pressure. Such adaptation to roads means that, over time, the consequences of road effects may become less severe for certain populations. However, not all evolutionary change is for the better. Some populations appear to be evolving maladaptively. In these cases, the severity of road effects actually intensifies over time, leaving populations more susceptible to local extinction.

As the global road network continues to expand, understanding the evolutionary impacts of roads will be critical for conservation. Our hope is that researchers will begin incorporating evolutionary perspectives into studies of road effects. As more evolutionary studies of roads develop, so too will our ability to predict whether certain populations will adapt or become maladapted to road effects. These insights will help conservation managers take strategic actions based on comprehensive understanding of the impacts of roads on adjacent populations. 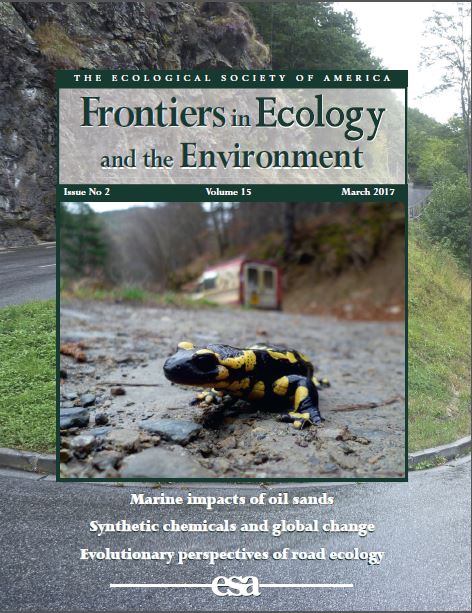 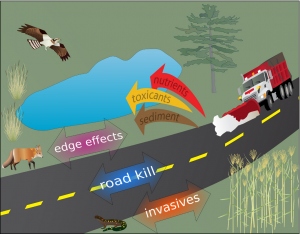