Ecologists don their research in an ‘eco-fashion’ show #ESA2016 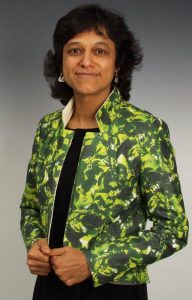 Ecological scientists are not known for elevated fashion sensibilities. Many take pride in a sartorial identity rooted in a field work chic of practical hats, cargo pants, and judicious applications of duct tape. Button-downs in botanical prints and ties in tiny repeating motifs of anatomically correct fish are favored formal attire when researchers gather for the Annual Meeting of the Ecological Society of America (ESA) each August.

But this year, ESA’s leadership will sport designer frocks inspired by the living objects of their research, breaking out of their comfort wear comfort zones to excite curiosity about science and the natural world outside of their usual cultural niche.

They will model their eco-finery on the runway in an eco-fashion show directly following the first scientific plenary (“Ecological homogenization of Urban America”) on Monday, 8 August 2016 from 10:15–11:30 AM in the Greater Fort Lauderdale/ Broward County Convention Center, in southern Florida.

“I love it when I wear my jacket and people stop me on the street to ask me about it,” said organizer Nalini Nadkarni, a professor at the University of Utah and ESA’s vice president of education and human resources. Spangled in overlapping leaves, her jacket evokes the forest canopies of Costa Rica, where she conducts research high up in the trees.

Nadkarni will narrate the fashion show with fellow organizer and master of ceremony Doug Levey, a program director at the National Science Foundation, explaining the research connections as the scientists walk the runway.

ESA Past-President David Inouye, University of Maryland professor emeritus, illustrates the fabric of mutualism in a pollinating hummingbird and flower. He has studied bees, birds and their temporal sync with flowers in the Rocky Mountains since 1971. Credit, Eugene Tachinni.

Reporters are welcome to come for the show and stay for the 2,000 research presentations scheduled throughout the week on biodiversity, animal behavior, climate change, coastal communities, mosquito ecology & infectious disease, and more. With a theme of “Novel Ecosystems in the Anthropocene,” this year’s meeting has a wealth of presentations on the ecological communities in our urban spaces.

Designer Brenda Van der Wiel and tailor Eugene Tachinni will be on site at the fashion show to talk about translating scientific research into styles that are beautiful and compelling conversational focus points. The design team learned about ecology in order to create personalized garments for each scientist, but the learning flowed both ways; Nadkarni said she gained a new respect for the art of apparel design. A self-professed thrift store shopper, she said that before embarking on the project she did not appreciate the self-expression many people invest in their attire.

“Ecologists don’t care much about what we shlup around in in the field,” said Nadkarni. “But other people care. It’s a lesson about listening. By adopting something I had not valued, I gained a portal into new conversations.” 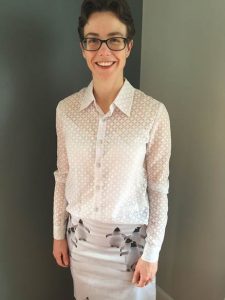 Nadkarni has a history of creative outreach and public engagement. She created “Treetop Barbie” to encourage girls to imagine themselves as scientists. She took nature into prisons, inviting inmates to cultivate native plants and fish. When she started thinking about connecting with people through fashion, she knew she had to build her own designs. Existing nature-inspired clothing just wasn’t very natural.

“There is nature clothing out there, but things like camo clothing are all wrong! A maple leaf on an oak branch! It just drives you crazy,” said Nadkarni.

Nadkarni reached out to Van der Wiel, head of the Preforming Arts Design Program at Utah. Then she started asking ESA’s fellows, award winners, and elected governing board members to model. If she could get the rock stars of ecology on board, she thought, other ecologists would take it seriously.

“Amazingly all of them said yes, they would like to do this! These people, who are like gods in ecology, felt as I do—that ecologists in this age need to engage people in ways we haven’t before,” she said. “In this new century of our society, we need not only stellar research but innovative education outreach and policy action as well. It’s as much a part of being an ecologist in 2016 as getting that grant out, or writing the next paper.”

A tunic designed for ESA Past-president Nancy Grimm depicts a flash flood similar to those at Sycamore Creek, a desert stream in
central Arizona where she has worked
for more than three decades. Credit, Eugene Tachinni.

By modeling the eco-fashion collection at the largest yearly gathering of professional ecologists, Nadkarni hopes to inspire her colleagues, especially those just starting their careers, to brainstorm more ideas for public engagement. And she wants them to pitch their ideas to her. She is looking for future science, technology, engineering, and mathematics ambassadors for her National Science Foundation funded STEM Ambassadors Program.

“If we stay in the ivory tower it will be too late; the problems are too big wait.”

Special Session 1 – Ecology on the Runway: An Eco-Fashion Show and Other Non-Traditional Public Engagement Approaches