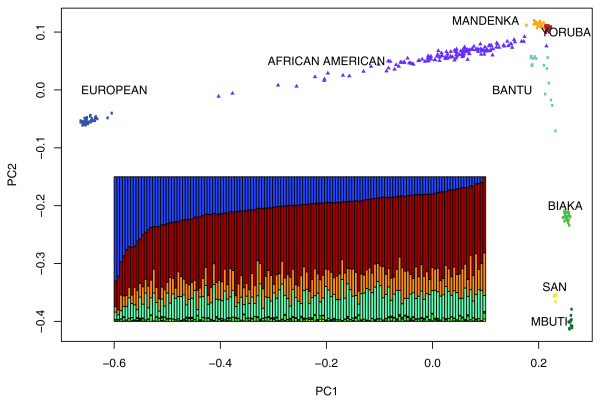 Last week, a cicada-like re-emergence of “Bell Curve” claims of a genetic determinacy between intelligence and race surfaced in a Heritage Foundation special report on immigration. The report drew on Jason Richwine’s Harvard dissertation, “IQ and Immigration Policy.” Amid the furor, the Atlantic’s Ta Nehisi Coates was ready with the history. He wrote in response to Richwine’s apologists, who were arguing that science must boldly investigate taboo topics in the face of social pressure:

“It is almost as though the “dark arts of race and IQ” were an untapped field of potential knowledge, not one of the most discredited fields of study in modern history. We should first be clear that there is nothing mysterious or forbidden about purporting to study race and intelligence. Indeed, despite an inability to define “race” or “intelligence,” such studies are one of the dominant intellectual strains in Western history,”

For those who are unfamiliar with that history, Coates provides a crib sheet.

Coates asked a geneticist to bring the scientific perspective to the table. In essence, Neil Risch, director of the Institute for Human Genetics at University of California San Francisco, agrees that race and intelligence are fuzzy concepts; race is a very imperfect proxy for ancestry, as IQ is a slippery proxy for certain kinds of intelligence. Correlations between IQ and race are not convincing evidence of underlying biology. The social and environmental differences between the groups we define as races have more influence than the genetic differences.

One last question. Your paper on assessing genetic contributions to phenotype, seemed skeptical that we would ever tease out a group-wide genetic component when looking at things like cognitive skills or personality disposition. Am I reading that right? Are “intelligence” and “disposition” just too complicated?

Joanna Mountain and I tried to explain this in our Nature Genetics paper on group differences.  It is very challenging to assign causes to group differences.  As far as genetics goes, if you have identified a particular gene which clearly influences a trait, and the frequency of that gene differs between populations, that would be pretty good evidence.  But traits like “intelligence” or other behaviors (at least in the normal range), to the extent they are genetic, are “polygenic.”  That means no single genes have large effects – there are many genes involved, each with a very small effect.  Such gene effects are difficult if not impossible to find.  The problem in assessing group differences is the confounding between genetic and social/cultural factors.  If you had individuals who are genetically one-thing but socially another, you might be able to tease it apart, but that is generally not the case.

Risch makes a nice start on explaining complex traits for the many commentators out there who are confused by why we can associate risk factors for simple, single-gene Mendelian traits like sickle cell anemia or Tay Sachs with ethnic groups, but not complex concepts like intelligence.