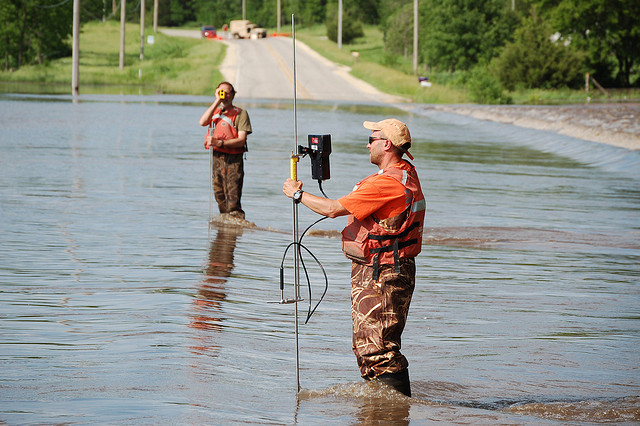 On March 1, a series of automatic spending cuts are set to occur unless Congress produces a plan that reduces the federal deficit by $1.2 trillion. These cuts will drastically scale back federal support of scientific research, environmental protections and education and do nothing substantive to address the nation’s fiscal problems.

“Scientific research reaches across a broad cross section of society that goes well beyond academia,” said Scott Collins, President of the Ecological Society of America, the world’s largest organization of ecological scientists. “Cutting costs of federal spending in an area that has helped the nation lower costs associated with natural disaster mitigation, public health threats from pollution and disease, and agricultural cultivation just seems counterproductive to say the least.”

Non-defense discretionary spending programs would receive a 5.3 percent cut under the sequester, slightly lowered from the 8.2 percent cut due to altered spending caps set by the American Taxpayer Relief Act of 2012 (P.L. 112-240). Among the impacts:

• Cuts to the National Oceanic and Atmospheric Administration would likely lead to gaps in the weather collection data used to predict hurricanes, floods, tornadoes and snowstorms.

• The United States Geological Survey’s capacity to monitor land and water changes from natural disasters that may pose a threat to public safety would decline.

• The National Park Service would need to cut back on vital services that would limit park operation hours and accessibility to the estimated 300 million individuals who visit our national parks annually.

• The National Science Foundation would have to cut nearly 1,000 research grants impacting the research of 12,000 people, including graduate and undergraduate students, professors and K-12 teachers and students.

Federal mandatory spending has drastically overtaken discretionary spending programs in recent decades.  Discretionary spending has largely been on the decline, particularly since enactment of the Budget Control Act (P.L. 112-25). The American Association for the Advancement of Science notes that our nation’s commitment to scientific research is dwindling: “As a share of the economy, federal R&D is 16.7 percent smaller than it was a decade ago and 29.7 percent smaller than it was in the 1970s.”

Ultimately, says ESA President Collins, the US risks eroding its competitiveness in research and innovation, losing its capacity to manage natural resources and implement laws that protect the public and failing to prepare for increasingly technical needs in the global workforce.