Great day for a launch: all indications positive for Landsat 8. 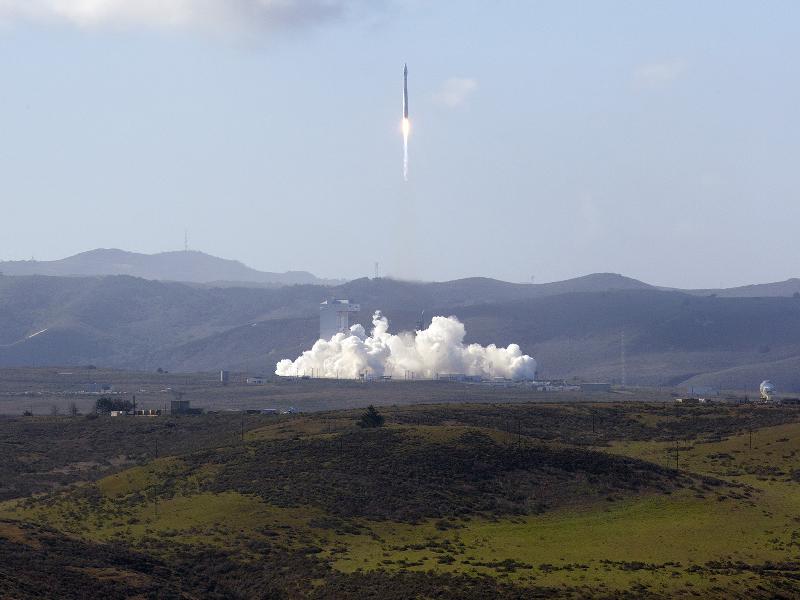 The United Launch Alliance Atlas V rocket with the LDCM spacecraft onboard lifts off the launch pad at Vandenberg Air Force Base in California. Image credit: NASA/ Kim Shiflett Feb. 11, 2012.

AT 10:02am local time on Monday, February 11, 2013, the Landsat Data Continuity Mission (LDCM) launched from Vandenberg Air Force Base, California, into a clear blue sky atop an  Atlas V rocket. The latest USGS earth observatory satellite is a $855 million investment in the future of a 40-year continuous land imaging program, begun with the launch of Landsat 1 in 1972.

The LDCM deployed its solar array, powered up, and promptly began sending telemetry back to control, NASA Project Manager Ken Schwere reported jubilantly at the post-launch press conference two hours later. He seemed relieved and giddy, no doubt remembering Landsat 6, which tumbled away after launch in 1993 when a fuel line blew, leaving no power for the final orbital adjustments. But the LDCM’s upper stage rocket nudged the satellite into its final attitude and altitude without a hitch, leaving it in the scheduled sun-synchronous, polar orbit at 705 kilometers, crossing the Earth’s equator at the same local time (10 am +/- 15 minutes) every 99 minutes. It images the entire Earth’s surface every 16 days.

The LDCM is in a three month commissioning period while NASA test-drives the instrumentation and calibrates the sensor arrays to its immediate predecessor, Landsat 7. Schwere expects to get an early peek at imagery from the two onboard instruments around day thirty. At one hundred days, NASA will turn the satellite over to USGS for operation and the LDCM will become Landsat 8.

USGS Director Marcia McNutt (now former director; McNutt resigned February 15) said the new satellite is an essential tool in this time of global change. “We are all citizens of this earth, and as such we are all reliant on it for services,” she said during the press conference. “We have few ways of observing the changes in the ability of the planet to supply the services that we rely on for survival.”

Landsat 8 arrives just as USGS is decommissioning the elderly Landsat 5, launched in 1984. The longest operating Earth observation satellite, Landsat 5 has long outlived its planned 3-year lifespan. Operators lost contact with Landsat 5’s Thematic Mapper in late 2011. A gyroscope failure in 2012 sealed its fate. In January 2013, USGS began strategic burns to remove it from orbit. (You may eulogize Landsat 5 here.)

Landsat 7 continues data collection. McNutt said that Landsat 7 has been the more popular satellite because of its better instruments, although it has had 22% data loss in every scene since 2003 due to failure of the Scan Line Corrector  on the Enhanced Thematic Mapper Plus instrument. The corrector compensated for the zig-zag scanning of the detector.

Unlike the previous Landsat instruments, which had scanning mirrors, Landsat 8’s Operational Land Imager (OLI), and Thermal Infrared Sensor (TIRS) collect image data from the entire swath of the satellite’s path simultaneously, through a “push-broom” style detector array. It does not scan. Landsat 8 will capture 400 185-km x 180-km scenes per day, an increase from Landsat 7’s 250 scenes per day.

The OLI adds a deep blue visible light band designed for better imaging of water resources and coastal zones. A new infrared channel is tailored to detection of cirrus clouds. Two new spectral bands will improve the resolution of TIRS thermal detector. Landsat 8 will also include a Quality Assessment band, which will help users account for instrument anomalies and cloud interference. Quality Assessment will, for example, assist calculations of vegetative growth based on seasonal changes in pixel values. For more information about upgrades, see the Landsat 8 FAQs.

Landsat data will continue to be freely available. In 2008, USGS began distributing data, at no cost, to anyone who wanted them. “The free data program has been transformative for our scientific understanding of natural resources,” said Anne Castle, Assistant Secretary of the Interior for Water and Science. Last year, groups from 189 countries downloaded data, Schwere said. “It’s not really our satellite, it’s the world’s satellite,” said McNutt. 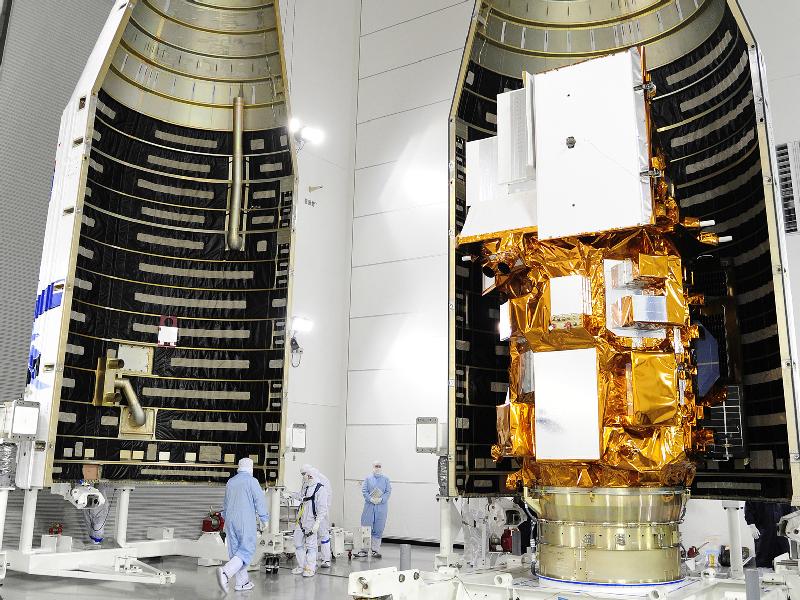 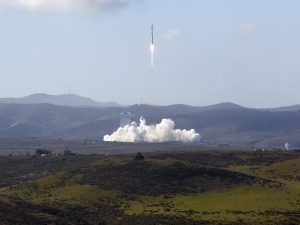