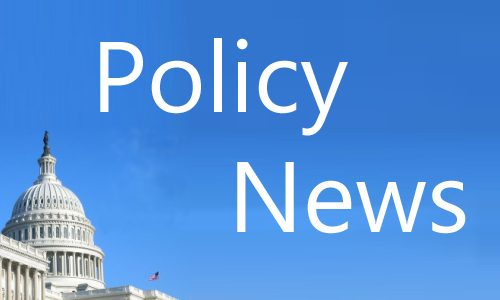 On Jan. 23, the House passed H.R. 325, the No Budget, No Pay Act. The bill would temporarily eliminate the debt ceiling until May 19 while temporarily suspending pay for Members of Congress until the House and Senate each pass a budget. The measure prevents the nation from defaulting on its debt, potentially into August if the US Department of Treasury takes extraordinary measures.

The bill gives additional breathing room to a series of fiscal debates set to occur in March concerning budget sequestration and continuing appropriations for Fiscal Year 2013. A trigger of automatic across-the-board spending cuts to both defense and non-defense discretionary spending programs will occur on March 1 unless Congress can come up with a plan to reduce the debt beforehand.

Under H.R. 325, if either the House or Senate fails to pass a budget by the April 15 deadline, all income earned by the members of that chamber would be set aside. The members pay would be received in full once a budget is passed or on the final day of the 113th Congress at the end of calendar year 2014. The technical decision to withhold members pay as opposed to eliminating it indefinitely seeks to minimize conflicts with the 27th Amendment to the US Constitution, which prevents Congress from changing its pay after it has already convened. The bill also does not require both the House and Senate to pass the same budget, unlikely to occur, given the current party division between the two chambers.

A new key player in federal debt talks this year will be Sen. Patty Murray (D-WA), who assumes the chairmanship of the Senate Budget Committee. Even before the House legislation was finalized, Chairwoman Murray had pledged that the Senate would put forward and pass a budget this year, which would mark the first time the Senate has passed a budget since 2009.

The Senate Budget Committee has posted a site that allows individuals to solicit their ideas on how to achieve fiscal reform as well as share stories of how federal investment has impacted them. To view the site and offer comments, click here.

After a year of relative silence on the issue of climate change, President Obama gave the topic center stage in his second inaugural address.

“We will respond to the threat of climate change, knowing that the failure to do so would betray our children and future generations,” said President Obama. “Some may still deny the overwhelming judgment of science, but none can avoid the devastating impact of raging fires, and crippling drought, and more powerful storms.”

The president also spoke of how investing in renewable energy can help sustain the US economy as well as maintain its global competitiveness and encouraged environmental stewardship from the perspective of a religious calling. “The path towards sustainable energy sources will be long and sometimes difficult.  But America cannot resist this transition; we must lead it.  We cannot cede to other nations the technology that will power new jobs and new industries – we must claim its promise,” he said.  “That is how we will maintain our economic vitality and our national treasure – our forests and waterways; our croplands and snowcapped peaks.  That is how we will preserve our planet, commanded to our care by God.  That’s what will lend meaning to the creed our fathers once declared.”

On Jan. 30, the Senate overwhelming voted to confirm former Senator John Kerry (D-MA) to succeed Hillary Rodham Clinton as Secretary of State by a vote of 94-3. The only “nay” votes came from Sens. Jon Coryn (R-TX), Ted Cruz (R-TX) and James Inhofe (R-OK).

During his decades in the Senate, Kerry has been a leader in efforts to mitigate the impacts of climate change. When the House passed comprehensive climate change legislation in 2009, Kerry led the unsuccessful effort to pass similar legislation in the Senate. A former chairman of the Senate Foreign Relations Committee, he has attended numerous meetings of the United Nation’s Framework Convention on Climate Change to advocate for global action on the issue.

Kerry’s confirmation hearing in the Senate offered a window into his environmental priorities at the state department. Upon questioning from Senators on his climate change advocacy, he affirmed that pursuing efforts to deter the impacts of climate change will not disadvantage the United States and went as far as contending that advocating investment in clean energy policy is something he would spend a great deal of time on during his tenure. “The solution to climate change is energy policy…I’ll be a passionate advocate, but not based on ideology, based on fact, based on science,” Kerry said.

On Jan. 31, a newly formed bicameral congressional taskforce issued a letter to a wide array of business and industry organizations requesting their input on mitigating the impacts of climate change.

“The recent draft report of the National Climate Assessment is the latest comprehensive study to confirm that climate change is occurring, that it is caused by human activity, and that its dangerous impacts are pervasive,” the letter asserts. “The consequences of climate change are disruptive and wide-ranging, from extreme heat and sea level rise to droughts and wildfires.”

On Jan. 24, the US Fish and Wildlife Service (FWS) announced $20 million in grants to 24 coastal wetland restoration projects across 13 states and territories.

According to FWS, while wetlands make up only 10 percent of the nation’s land area, they provide habitat for 75 percent of migratory birds, nearly 80 percent of fish and shellfish in the United States, and half of all threatened and endangered species. The federal funding will be matched by $21.3 million in partner contributions from state and local governments, private landowners and conservation groups.

On Jan. 24, the National Oceanic Atmospheric Administration’s National Marine Fisheries Service proposed two rules that would allow millions of marine mammals to be harmed during Navy training in the Atlantic as well as in training ranges in Hawaii and Southern California.

According to the Natural Resources Defense Council, the rule would allow the Navy to engage in training operations that could harass, injure or kill dolphins, whales, seals and other marine mammals over 31 separate instances between 2014-2019. The total instances of disruption amount to three times what the Navy was granted in the previous five year period.

Navy officials contend that their operations include protective measures to minimize harm to marine mammals. These include placing lookouts onboard ships to watch for marine life and power down operations if marine mammals are sighted and restricting activities in migratory routes and sensitive areas. Environmental groups contend these measures are inadequate and are seeking additional actions, including the exclusion of ocean areas with critical marine mammal habitat.

Comments on the proposals should be sent to the following address:

The two-day event is sponsored by the Biological Ecological Sciences Coalition, co-chaired by ESA. For additional information on this year’s GSPA recipients, click here.