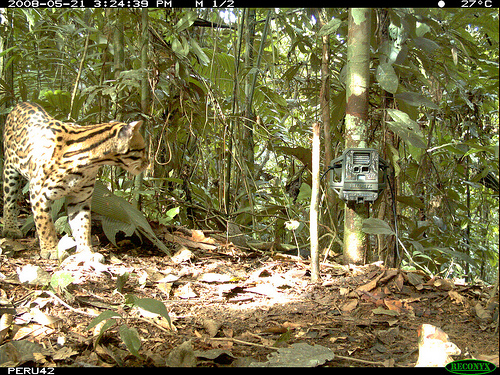 Tiny critters: Though all smaller than a millimeter in size, four critters highlighted by Neatorama are much larger in effectiveness. When there is no oxygen around to speak of (or to breathe in), shewanella inhales the likes of uranium and chromium. The bacterium exhales the toxic metals with a few extra electrons, which prevents the toxins from moving through ground water. By surrounding toxic waste sites with the bacteria, scientists are hoping to protect lakes and streams from pollutants. And despite the harsh reputation, E. coli is not all bad either. Not only is it one of the most important bacteria inside the human intestinal tract, its rapid reproduction time has contributed to research exploring the role of chance in evolution. And there is a wormier side to the fountain of youth. A transparent, low-maintenance roundworm that shares 35 percent of human genes may reveal the key to diminishing the effects of aging. Read more at “4 Little Creatures That Pack a Big Scientific Punch.”

Floods and foods: Floods, such as those in the Mississippi River valley, raise concerns about food safety. According to a recent Scientific American article, “the [U.S. Food and Drug Administration] doesn’t allow any flooded out crops—organic or otherwise—to be sold or consumed by people,” and the FDA policy governing farmers’ response to floods is designed to make sure that consumers have access to safe food. According to a group of Italian researchers working in the Swiss Alps, however, we can expect more floods as long as the global temperature continues to rise. The study showed that global warming does increase flood risk significantly, with so-called “100 year floods” increasing in frequency by as often as every 20 years. Read more at “Sop Soil: Have the Recent Record Floods Compromised the Safety of Organic Farm Produce?”

Active learning: Graduate student David Haak wanted to boost the performance of educationally and economically disadvantaged students in introductory science classes. Disadvantaged students were previously more than twice as likely as their classmates to fail the huge intro lecture courses that serve as key portals to higher-level sciences. To address this challenge, Haak turned to the latest K-12 teacher books to design a more structured course, including small group discussions, short weekly exams and class-wide quizzes that enable instructors to get instant feedback on the class’s comprehension. The new design, which was based on an active learning model, saw improved learning for all students, especially the disadvantaged students. “Even as class size more than doubled, lab time was cut by 30 percent and the ratio of teaching assistants-to-students fell by about half,” wrote Katherine Harmon in a recent Scientific American article, “the improvements in student achievement were sustained.” Haag also believes that it is not just improved test-taking skills, but also a deeper understanding of the material, that results from the active-learning model. Read more at “Interactive Learning Closes College Science Achievement Gap–on a Shoestring Budget.”

Dogs protecting cats: “National Geographic grantee Karen DeMatteo is turning an age-old rivalry on its head, using dogs to help protect cats in the wild,” wrote Andrew Howley on NatGeo NewsWatch. DeMatteo is training dogs, including her own, to sniff out the scat of jaguars, pumas, ocelots and even bush dogs (Speothos venaticus) in Argentina. While several habitats are protected, logging, poaching and a network of highways still theaten the parks and the animals that live there. Samples of the predators’ droppings that were sniffed out by the domesticated dogs will be DNA tested, and the results will be entered into a database of information on individuals, family relationships and behavior. DeMatteo hopes to use this and Geographic Information Systems (GIS) data to determine the best locations for biological corridors that maximize animal movement and minimize human-animal conflict. Read more, and see DeMatteo and her own dog at work, at “Video: Dog Sniffs Out Mountain Lion Scat.”

Microbial munchers: Microbes may be feasting on discarded plastics floating in the oceans, according to scientists from the Sea Education Association (SEA) in Massachusetts. While samples collected by the researchers may have looked smooth to

the touch, an electron microscope told a different story. The plastics were covered with microbes, with some individual microbes eroding areas of the plastic twice the size of their own diameter. The ability of microbes to digest plastic in the warm, moist and nutrient-rich environment within a landfill is well established, but it was previously thought that the cold, turbulent and nutrient-poor ocean surface was not a hospitable environment for biodegradation to occur. While the SEA scientists’ observations are preliminary, if they are confirmed this will be the first evidence of marine microbes’ ability to digest plastic at sea. This finding has important implications for understanding how plastic is broken down into its molecular components in an ocean environment. Read more at “The Smallest Hitchhikers: Marine microbes may hold the key to the ocean’s disappearing plastic.”

Also, for World Ocean Day: the giant squid as the panda of the ocean, mysteries of the ocean, “love and death in the sea,” information on the great barracuda, an inventory of Marine Protected Areas and quantifying the threat to loggerhead turtles.

Molly Taylor earned a B.A. in Anthropology and Chinese Language and Culture from the College of William & Mary. She has served as the California Regional Program Coordinator for Jane Goodall’s Roots & Shoots, a program of the Jane Goodall Institute, and has interned with ABC news. She has also participated in archaeological and paleontological digs as well as a primatology study.