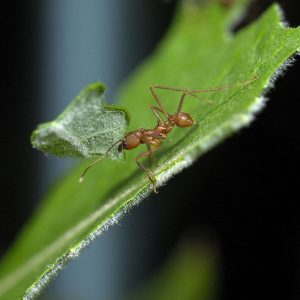 Leafcutter ants are highly effective farmers of specialized fungal cultivars, and a new study from University of  Copenhagen researchers sheds light on how Atta colombica leafcutter ants are able to maximize the growth of their fungal “crops.” Colonies of this species employ millions of workers to select and cut plant fragments that they bring back to the nest, where their nestmates convert the plant fragments to a mulch that is used by “gardener” ants to provision extensive gardens of Leucoagaricus gongylophorus, a fungus that is completely dependent on the ants for survival. The fungus has a very narrow physiological tolerance and requires close attention to its highly specific – and dynamic – nutritional needs. Many plants contain high concentrations of toxic compounds like tannins, which inhibit fungal growth, and the authors of this study suspected that ants would make foraging decisions based on the presence or absence of these compounds. The researchers hand-collected over 40,000 plant fragments from the mandibles of returning foragers and were surprised to find that even though tannins uniformly reduce the performance of the fungus, tannins were not a decisive factor governing ants’ foraging decisions, and that tannins did not prevent colonies from maximizing the performance of their gardens.

Read the article: Nutritional challenges of feeding a mutualist: Testing for a nutrient–toxin tradeoff in fungus-farming leafcutter ants 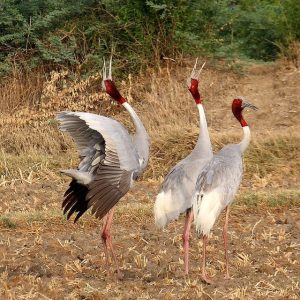 Most bird species are monogamous, but some, like acorn woodpeckers and mute swans, are polyandrous or polygynous, forming trios as a means of improving brood survival. Newly published observations of tropical sarus cranes (Antigone antigone) reveal a novel social unit in which trios of the species not only raise chicks together, but also produce unison calls – “triets” instead of “duets” – that help them defend territories and reinforce pair bonds. Cranes have long been assumed to be monogamous, with inflexible behavioral patterns, but the authors suggest that the potential fitness benefit of forming trios warrants additional investigation of social units among other crane species.

Read the article: Sarus Crane Antigone antigone trios and their triets: Discovery of a novel social unit in cranes

New research from University of New South Wales and Bushfire Risk Management Research Hub scientists represents the first comprehensive analysis of megafire impacts on southeastern Australian vegetation communities, revealing that after the 2019–2020 fire season, one-third of the area’s native vegetation has now been burned too frequently, putting it at risk of ecosystem collapse. The areas that are most sensitive to fire – requiring long intervals between fires to fully recover – were also the worst affected by the forests. For example, local rainforests will need to remain fire-free until at least 2119 in order to avoid a vicious cycle of increasing vulnerability to more frequent and more severe fires.

However, climate change and a shift toward increasing flammability across vegetation types means that higher fire frequency are only likely to reinforce this cycle.

Populations of many insect-eating birds – swifts, swallows, flycatchers and nightjars – have seen sharp declines since the 1970s. Scientists have speculated that these declines can be attributed to the effects of agricultural intensification on the abundance and species composition of the insects that these birds consume, but studies of this relationship have yielded inconclusive results. An 11-year study of tree swallows on agricultural landscapes in southern Québec now shows that greater insect availability during nesting periods is associated with greater reproductive success, lending credence to the idea that agricultural landscapes that support fewer insects can be harmful to breeding bird populations. Notably, the authors also found an association between agricultural landcover and general bird health, even after removing the effect of food availability. This finding, the author say, suggests that intensively cultivated landscapes may result in contaminated – and less nutritious – food resources for nestlings.

Read the article: Combined influence of food availability and agricultural intensification on a declining aerial insectivore

Early season cover crops can be more effective than insecticides

In conservation agriculture, cover crops provide living habitat for predators that feed on arthropod pests, thereby reducing pest outbreaks. However, the use of pesticides, especially neonicotinoid seed coatings, continues to remain a predominant strategy for insect pest control. New findings from a study comparing the effectiveness of pest management and cover crops in corn-soybean crop rotations show that having higher total vegetative cover in May reduced pest damage in corn more than strategies using insecticides – even in situations where insecticides were only used when a pest population reached their economic threshold. Neonicotinoid seed coatings only provide a 20-day protective window after planting, but cover crop residue can offer season-long benefits extending into autumn. 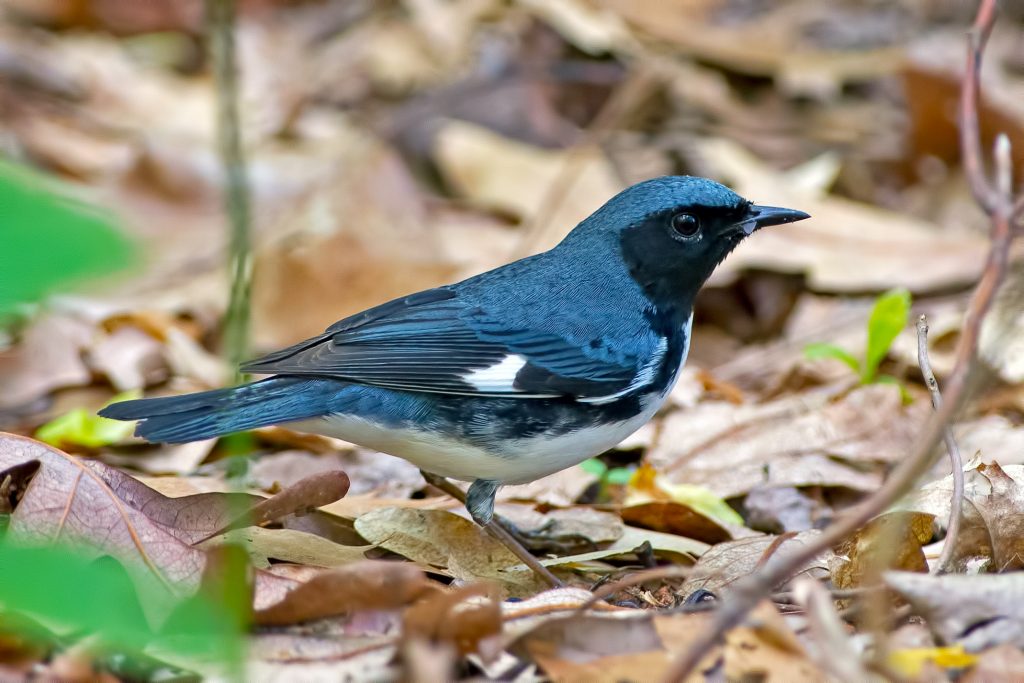 Light pollution trends are adversely affecting bird migration patterns across many regions of the Western Hemisphere, but Central America is the area where reversing these trends would be most beneficial for migrating birds, says a new paper from Cornell Lab of Ornithology and Colorado State University scientists. The study used observations of 42 nocturnally migrating bird species from the eBird database, as well as measurements of artificial light at night (ALAN) from the United States Space Force’s Defense Meteorological Satellite Program. The study also found that during the breeding season, reversing light pollution trends in southeastern North America would likely generate the greatest benefits for birds. Research on the effects of ALAN often considers light pollution to be a static phenomenon, but it is in fact a highly dynamic environmental pollutant that fluctuates with the growth and decay of cities. Furthermore, birds encounter different forms and intensities of ALAN as they move from place to place throughout their annual life cycle. This study accounted for these complexities and is the first to document the relationships between light pollution trends and the full annual cycle and distributions of nocturnally migrating bird populations. 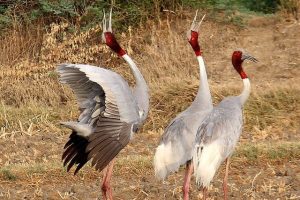