The Endangered Species Act was enacted to protect plant and animal species, including insects, with populations near extinction. Passed in 1973, it provides a program for the conservation of threatened and endangered plants and animals and the habitats in which they are found. The USFWS (and NOAA, for marine and anadromous species) is charged with listing species as well as developing and implementing plans for their recovery. The law prohibits “any action, administrative or real, that results in a ‘taking’ of a listed species, or adversely affects their habitat.” ‘Taking’ is defined by the law as “to harass, harm, pursue, hunt, shoot, wound, kill, trap, capture, or collect, or to attempt to engage in any such conduct.” Any trade of listed species is also prohibited.

Food, Conservation, and Energy Act of 2008

The Food, Conservation and Energy Act of 2008, known as the 2008 Farm Bill, reauthorized and provided increased mandatory funding for several important conservation programs for farmers and ranchers.  Some of the more significant programs that may benefit pollinators are the Environmental Quality Incentives Program, the Wildlife Habitat Incentives Program, the Wetlands Reserve Program, and the Conservation of Private Grazing Land Initiative. (See “Public Programs” below for more information.)

For the first time, the Farm Bill now includes specific provisions for pollinators in the conservation and research titles.  In the conservation title, the Secretary is expected to encourage the development of habitat  and the use of conservation practices for the benefit of native and managed pollinators.  Pollinator habitat is listed as an eligible practice under EQIP.  In the review of conservation practice standards, NRCS is directed to consider the completeness and relevance of the standards to native and managed pollinators.  The research title contains a separate ”pollinator protection” research program, including pollinator health, habitat and best management practices, authorized at $20,000,000 annually.

The Agricultural Act of 2014 (P.L. 113-79), the most recent reauthorization of the Farm Bill, renewed several important conservation programs for farmers and ranchers through Fiscal Year 2018.

The reauthorization consolidated 23 existing conservation programs into 13, largely by incorporating smaller programs into larger ones. Some of the more significant programs that may benefit pollinators are the Environmental Quality Incentives Program, the Conservation Stewardship Program and the Agricultural Conservation Easement Program.

The 2014 Farm Bill retains all of the pollinator conservation provisions that were first included the 2008 Farm Bill to create or improve pollinator habitat. The law’s conservation and research titles include language encouraging the implementation of programs and best management practices to promote the health and habitat of native and managed pollinators.

Enacted in 1972, FIFRA provides for federal control of pesticide sale, distribution and use.  FIFRA is administered by the EPA which is primarily responsible for determining the consequences of pesticides on human health and the environment prior to their approval.  The original law also gave the EPA jurisdiction to track all pesticide purchases. Later amendments have strengthened FIFRA to include mandatory exams to certify all pesticide applicators and a registration system to ensure proper labeling.

The Land and Water Conservation Fund was created by Congress in 1964 as a vehicle for using revenues from offshore oil and gas ventures to make land purchases that enhance environmental conservation and outdoor recreation opportunities. The Fund consists of a federal program for land purchases and a state matching-grants program that provides funds for states to plan and develop land parcels for open space and natural resource protection. While this Fund is not explicitly intended to protect pollinators, it is an effective mechanism for habitat preservation, which is critical to ensure the stability of many pollinators. Since its inception, states and localities have purchased 2.6 million acres of park land.

In 1977 the Land and Water Conservation Fund was authorized by Congress to receive up to $900 million each year. However, legislators have traditionally diverted significant portions of this appropriation away from conservation projects, with the Fund’s annual budget averaging approximately $100 million since 1964. From 1996-1999 the Fund received no funding. Since 2000 it has ranged from $140 million to the 2007 appropriation of $28 million.

Originated in 1988, the Endangered Species Protection Program seeks to ensure the best possible protection of endangered species from the use of pesticides while minimizing the impact on pesticide users. The goal of the ESPP is to carry out EPA’s responsibilities under the Federal Insecticide, Fungicide, and Rodenticide Act (FIFRA) in compliance with the Endangered Species Act (ESA), while at the same time not placing an unnecessary burden on agriculture and other pesticide users. This largely volunteer program achieves its goals by creating a forum for greater cooperation and communication between the USFWS, EPA regional offices, state governments, and local pesticide users. When USFWS scientists determine that the risks of pesticide use near a listed species is significant, the program facilitates communication with the EPA and state agencies to develop recommended use limitations. Through generic labels, county bulletins, and a toll-free phone service, the message is then circulated to local pesticide users.

Using data from the EPA and several state and university agricultural offices, the USFWS has developed a factsheet entitled “Recommendations for Minimizing Pesticide Impacts to Pollinators.” Fifteen recommendations for reducing the impact of pesticides on nontarget organisms are listed in the factsheet, including “avoid applying pesticides while crops or wildflowers adjacent to or near fields are in bloom”, and “use liquid sprays or granules instead of dusts.”

A collaboration between the National Association of Conservation Districts, the Wildlife Habitat Council, and the NRCS, the Backyard Conservation Campaign is an effort to promote common agricultural conservation practices in yards of homes throughout the U.S.. Through a free booklet with tip sheets that outline ten conservation practices, the campaign shows homeowners how to scale down effective conservation practices used on farms and adapt them to their country, suburban, or city backyards. The sheets most relevant to pollinators include “wildlife habitat,” “pest management,” and “tree planting.” Implementing these practices can substantially improve habitat resources and attract bird and insect pollinators.

The Environmental Quality Incentives Program is a voluntary conservation program for farmers and ranchers to promote agricultural production and environmental quality as compatible national goals. It is mainly intended to support conservation of soil and water resources and reduction of nonpoint source pollution, but includes promotion of at-risk species habitat conservation as one of five national priorities. The program may cost-share up to 75 percent of the costs of certain conservation practices. The program is authorized under the Farm Bill. The 2008 Farm Bill specifically recognizes pollinator habitat as an eligible practice under EQIP.

The Wildlife Habitat Incentives Program is a voluntary program administered by the NRCS and is designed to help develop and conserve wildlife habitat on private lands that do not meet the more strict eligibility requirements of other USDA conservation programs. Interested participants agree to develop and implement a habitat development and management plan according to program practices and allow the NRCS to monitor the plan’s effectiveness. In return, the NRCS provides technical and cost-share assistance.  As much as seventy-five percent of the cost to implement management practices is covered by the USDA. The program began in 1998 and in 2002 it was reauthorized under the Farm Bill as a voluntary approach to improving wildlife habitat. In fiscal year 2007 state offices have been allocated $40 million to operate the program. From 1998 to 2004, 14,700 participants have enrolled more than 2.3 million acres into the program. The program is authorized under the Farm Bill.

The Conservation Reserve Program is a voluntary program administered by the USDA Farm Service Agency and is intended to encourage farm owners to plant long-term cover on portions of their property. Program participants agree to retire highly erodible or ecologically sensitive areas from cropland for a 10-15 year period. In exchange, they receive an annual rent for the converted acreage and a subsidy to help establish suitable land cover. Farmers benefit from improved soil and water resources, and the increased coverage also helps pollinators and other wildlife by providing valuable habitat. The Conservation Reserve Program was created by the Food Security Act of 1985 and beginning in 1990 has been authorized under the Farm Bill. As of May 2004, portions of nearly 400,000 farms have enrolled in CRP across the nation.

The Wetlands Reserve Program is a voluntary program offering landowners the opportunity to protect, restore, and enhance wetlands on their property. The NRCS provides technical and financial support to help landowners with their wetland restoration efforts. The goal is to achieve the greatest wetland functions and values, along with optimum wildlife habitat, on every acre enrolled in the program. This program offers landowners an opportunity to establish long-term conservation and wildlife practices and protection. The program is authorized under the Farm Bill.

The Conservation of Private Grazing Land Program is a voluntary program that helps owners and managers of private grazing land address natural resource concerns. The purpose is to provide a coordinated technical program to conserve and enhance grazing land resources, including providing habitat for wildlife. The program does not provide financial assistance. The program is authorized under the Farm Bill. Currently, funds have not been appropriated for this program.

The National Conservation Buffer Initiative is a private-public partnership that seeks to raise awareness among farmers and ranchers about the economic and environmental importance of buffer strips. Conservation buffers are small areas or strips of land in permanent vegetation, designed to intercept pollutants and manage other environmental concerns. Buffers can supply important habitat for pollinators and other wildlife habitat. Led by the NRCS, the initiative use a variety of programs, including the Farm Bill programs mentioned above.

DOI =  U.S. Department of the Interior 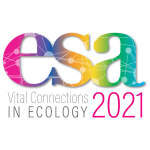 Are you getting ready for our next meeting? Visit the official website to get all the details.