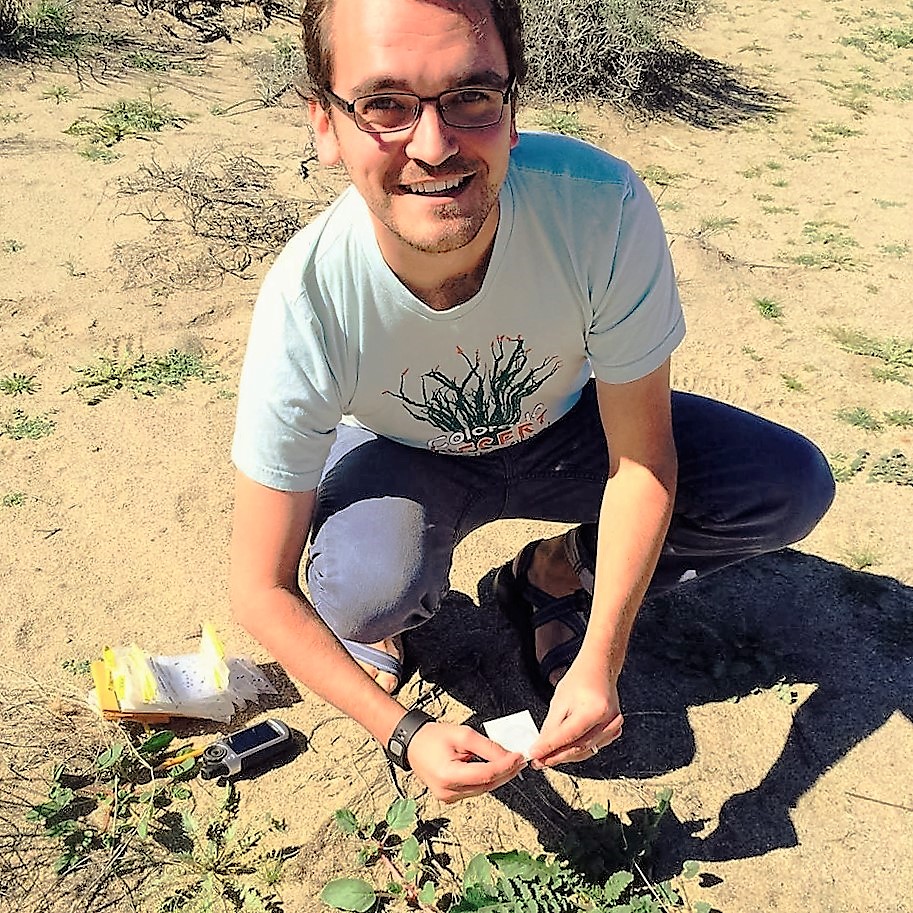 Daniel Winkler takes a sample seeds from a mature Sahara mustard plant. A single plant of this self-fertilizing annual can produce 10,000 seeds in a growing season. Credit: Kenny Chapin.

The Tubb Canyon Nature Conservancy asked Winkler to take on a project to learn what enabled Sahara mustard to adapt so successfully — and, hopefully, gain insight into how to stop it.

Winkler, a Ph.D. student at the University of California, Irvine, received a 2017 award from the Ecological Society’s Forrest Shreve Student Fund, to support the project. He will report his current findings on August 11, at the Ecological Society of America’s 2017 Annual Meeting in Portland, Oregon.

Greenhouse experiments with Sahara mustard samples from ten populations across the Southwest revealed adaptations to the temperature and precipitation patterns in the invaded range. Credit: Daniel Winkler.

Support from the Forrest Shreve Award will fund rapid “next generation” DNA sequencing to uncover unique genetic signatures for each plant. By comparing the genetic signatures, he will learn how similar plants growing across the U.S. southwest are to each other, and to populations in Sahara mustard’s native range. Identifying the source location, or locations, of the U.S. invasion, he said, could aid in finding biological control agents.