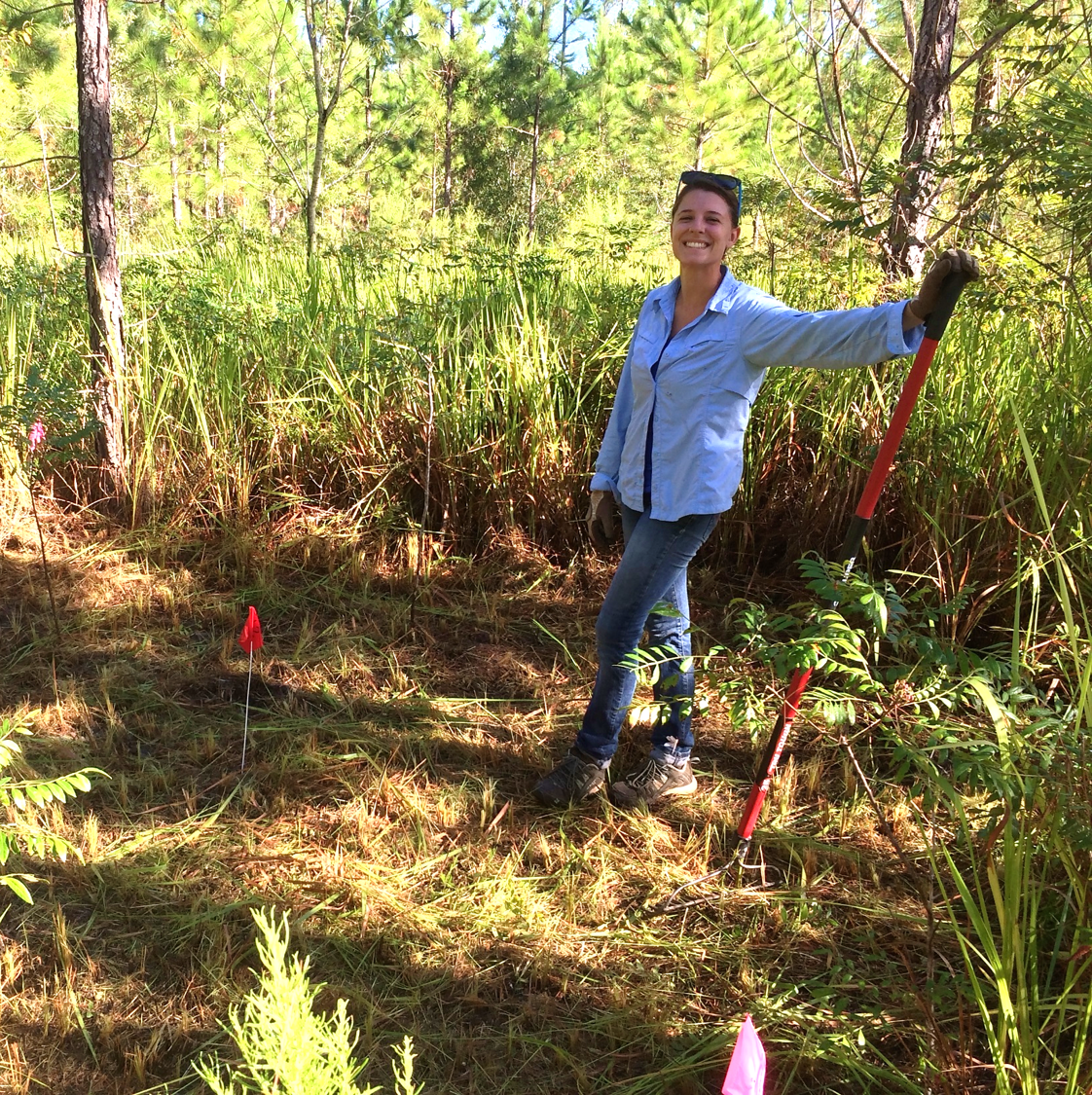 Julienne NeSmith removes exotic cogongrass (Imperata cylindrica) to test effects of the invader on pine tree performance across an environmental gradient at an experimental site near Archer, Florida, in October 2014. Credit: Luke Flory.

The Ecological Society of America recognizes Julienne E. NeSmith for an outstanding student research presentation at the 101st Annual Meeting of the Society in Fort Lauderdale, Florida in August 2016. ESA will present the awards during the 2017 Annual Meeting in Portland, Oregon. The awards ceremony will take place on Monday, August 7, at 8 AM in the Oregon Ballroom at the Oregon Convention Center.

Awards panel members honored NeSmith with the E. Lucy Braun Award for her poster “Interactive effects of soil moisture and plant invasion on pine tree survival.” NeSmith is a graduate student working with Associate Professor of Agronomy S. Luke Flory in the School of Natural Resources and Environment at the University of Florida in Gainesville.

Lucy Braun, an eminent plant ecologist and one of the charter members of the Society, studied and mapped the deciduous forest regions of eastern North America and described them in her classic book, The Deciduous Forests of Eastern North America. To honor her, the E. Lucy Braun Award for Excellence in Ecology is given to a student for an outstanding poster presentation at the ESA Annual Meeting. Papers and posters are judged on the significance of ideas, creativity, quality of methodology, validity of conclusions drawn from results, and clarity of presentation.

NeSmith investigated the separate and combined effects of drought and exotic grass invasion on the survival of native loblolly (Pinus taeda) and slash (Pinus elliottii) pine in central Florida by manipulating environmental conditions in experimental garden plots. Cogongrass (Imperata cylindrica) is an aggressively invasive, highly flammable perennial grass which arrived in the southeastern United States in the early twentieth century. Drought and cogongrass invasion each separately decreased survival of both pine species, but invasion only exacerbated the effects of drought on the survival of loblolly pine. The presence of cogongrass offset the effects of drought on slash pine survival in the experimental garden plots. NeSmith attributed the greater survival of slash pine under drought conditions to higher soil moisture and humidity in invaded plots than non-invaded plots. Judges recognized NeSmith’s ability to explain the experimental details and the management implications of her results and enjoyed her enthusiasm for the project.