The 19th  century was a time of accelerated ecological discovery. The New World, already plundered for trade and colonization, was opening to Europeans for scientific discovery. Now-famous figures—Humboldt, Darwin, Wallace, Schimper—struck out across oceans, armed with microscopes and collecting bags.  They returned home with trunks crammed full of samples and specimens, and logbooks full of descriptions of novel lands and creatures.

Back in Europe, scientists began the work of understanding this staggering amount of new information.  They identified patterns and similarities across the earth’s forests, grasslands, and wetlands. In grouping and naming these patterns, they laid the foundation for ecosystem classification.

That process continues even today.

“The EcoVeg Approach in the Americas: U.S., Canadian, and International Vegetation Classifications”, published in December 2017 issue of Phytocoenologia, describes a new incarnation of ecosystem classification. The scientists behind this classification scheme are a dedicated group of biologists across North and South America. With the support of NatureServe, the Ecological Society of America (ESA), and the U.S. Federal Geographic Data Committee (FGDC), these scientists have refined existing classification systems and created a new method for classification: the EcoVeg approach. 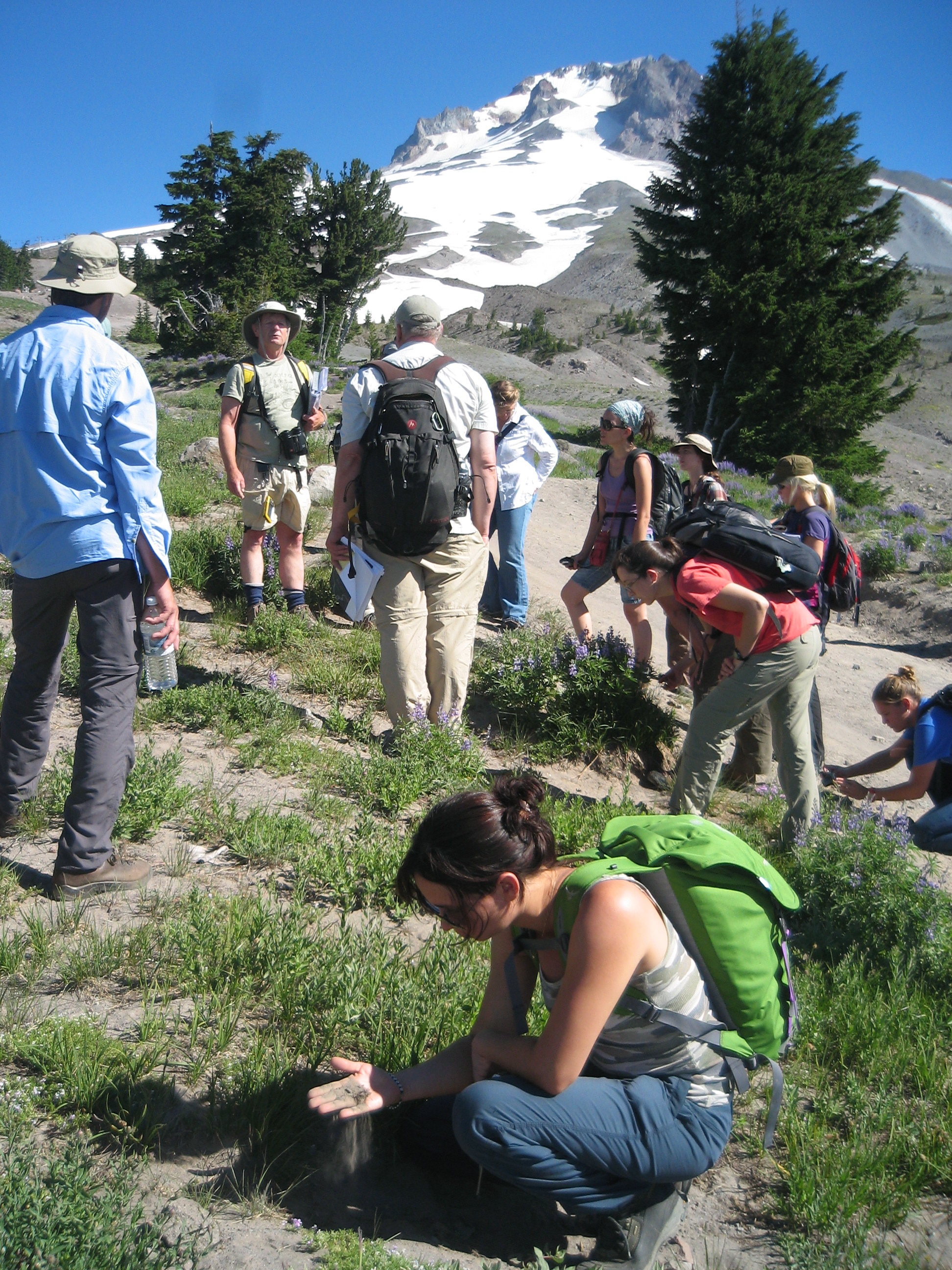 The beginning of EcoVeg dates back to the early 1990s, when staff who work at NatureServe became aware of a problem in conservation. Conservation projects at the time increasingly relied on collaboration between NGOs, state and federal agencies, and international partners. However, this collaboration was impeded by the use of multiple competing ecosystem classification schemes. This hodge-podge of systems was clunky, and got in the way of inter-agency collaboration. They needed a common set of languages for describing the existing patterns of ecosystems, something that could be used to compare ecosystem change and conservation seamlessly across local and international boundaries.

The US federal government—represented by the FGDC and led by the U.S. Forest Service joined NatureServe on the project, as did a crew of volunteer vegetation scientists and ESA staff. Interest expanded beyond the limits of the US, too, and soon scientists from Canada and various parts of South America joined the team with the hopes of developing a system that could be adopted across North America.

At first, scientists attempted to adjust one of the many existing classification schemes to fit the needs of multiple agencies. But they quickly ran into a problem: existing schemes tended to focus mostly on a few levels of classification. Some were global in scope, and provided good descriptions based on broadscale structure of the ecosystem without attention to particularities of species. Others focused on the fine scale, describing species identities and relationships without scaling up to broader patterns. No existing classification schemes worked well across these scales.

“There was this disconnect between the two approaches,” explains Don Faber-Langendoen, an ecologist at NatureServe and lead author of the recent publication. “We wanted something that would work across multiple levels.” The ideal classification system would provide a global perspective, but would also be able to zoom in and describe vegetation patterns at increasingly detailed scales. 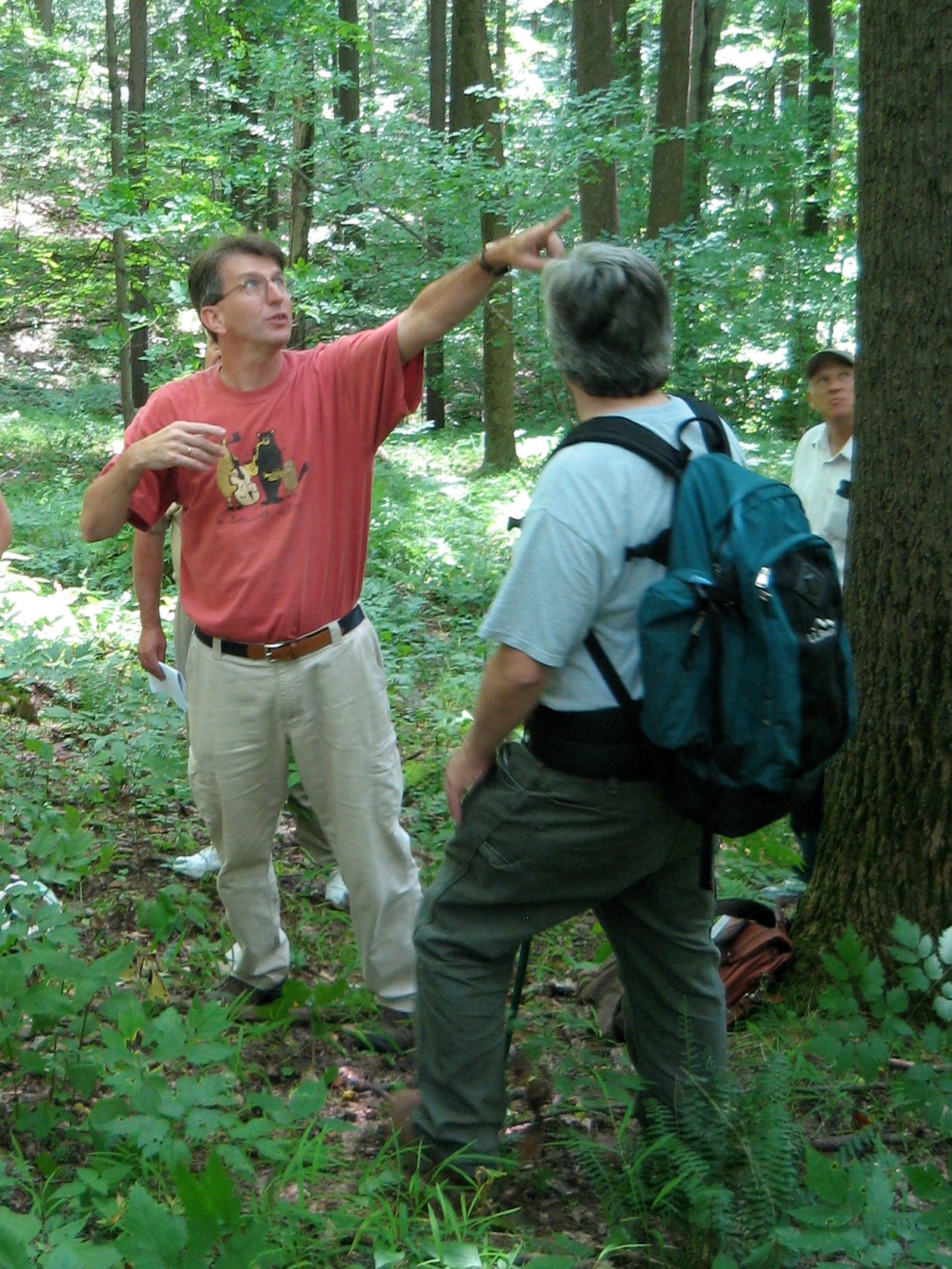 That quality is part of what makes the EcoVeg approach unique: it provides consistent criteria across multiple scales to describe and organize ecosystem types. The EcoVeg approach is based on a hierarchy of system types, ranging from the plant-plant interaction of an association up to the broader community of a macrogroup to the continental scale of formation. The same criteria—including factors like growth forms, dominant species, and species composition— are used to describe each level of this hierarchy. But while the same criteria are used at each level, the way they’re interpreted is flexible. At finer scales, species identity and local environmental conditions get heavier weight. At broader scales, overarching vegetation structures and climate are more heavily weighted. These criteria are impacted by environmental factors, so elements of biogeography and human impact are factored into the overall classification. This structured but flexible system allows for seamless classification across multiple scales.

The EcoVeg approach has a unique take on direct human impacts, too. In addition to describing naturally-occurring vegetation, it includes a parallel system for human-managed, or cultural, vegetation. This includes agricultural fields, orchards, manicured turf, and the like, allowing highly-managed vegetation to be easily compared to natural vegetation.

The EcoVeg approach could have meaningful impacts for the future of conservation.

“It is essential to have a unified and widely accepted system as a basis to adequately develop environmental management projects,” says Gonzalo Navarro, a longtime EcoVeg collaborator based in Bolivia. This approach in particular is essential, Faber-Langendoen elaborates, because “it ties together different parts of the landscape.”

For example, take USNVC type A3302, “Central & Southern Appalachian Hemlock-Northern Hardwood Forests”. This alliance is found across a swath of eastern North America, from its southern extent in high-elevations of Virginia to its northern extent in low-elevations of extreme southern Ontario. 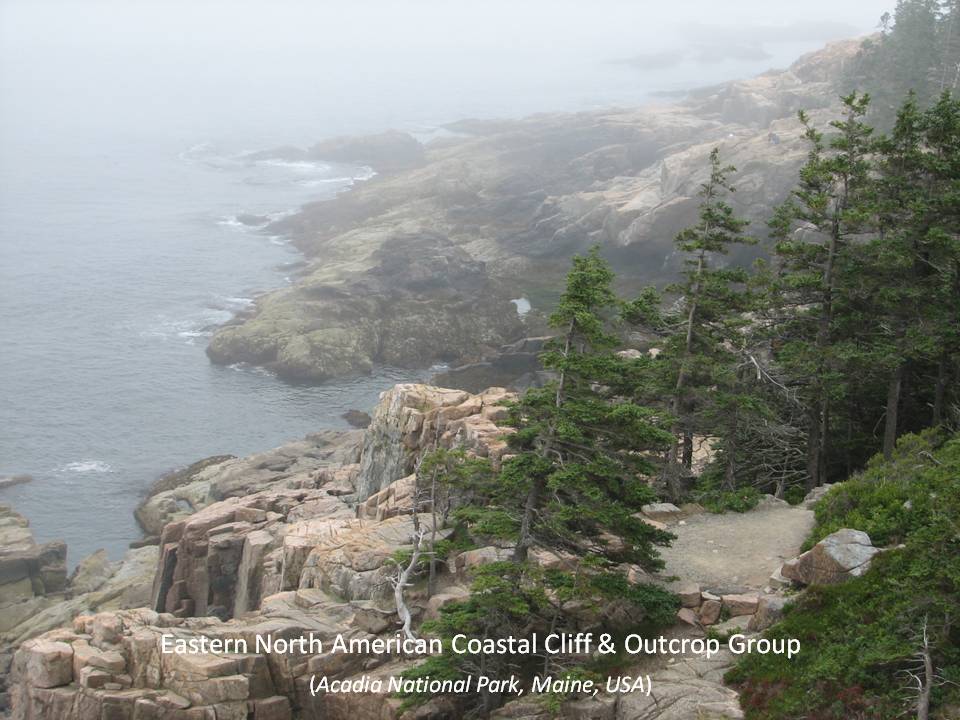 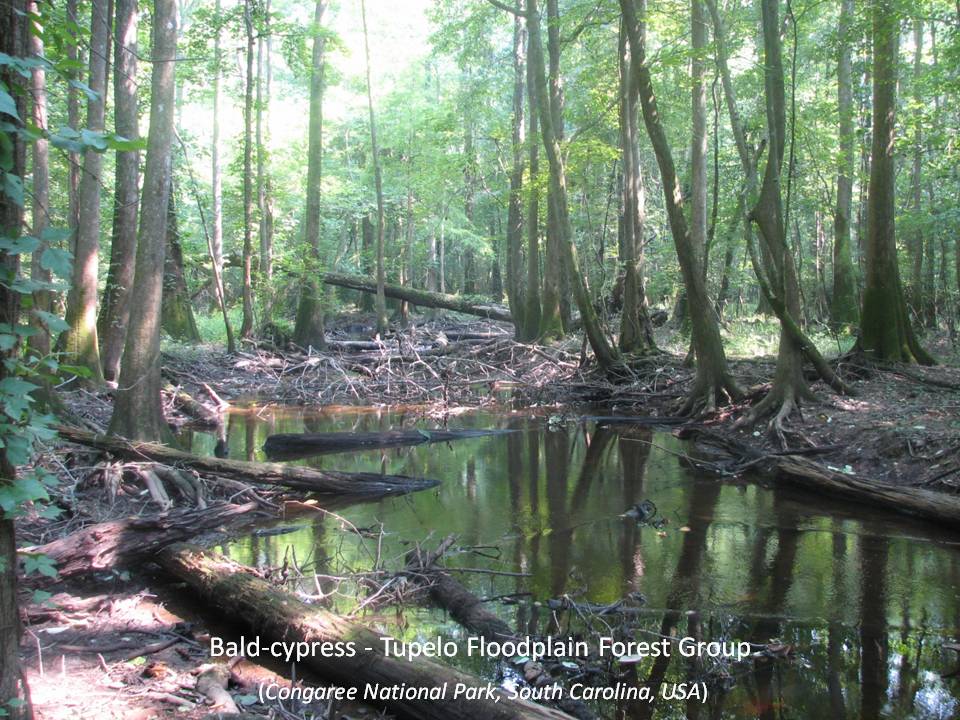 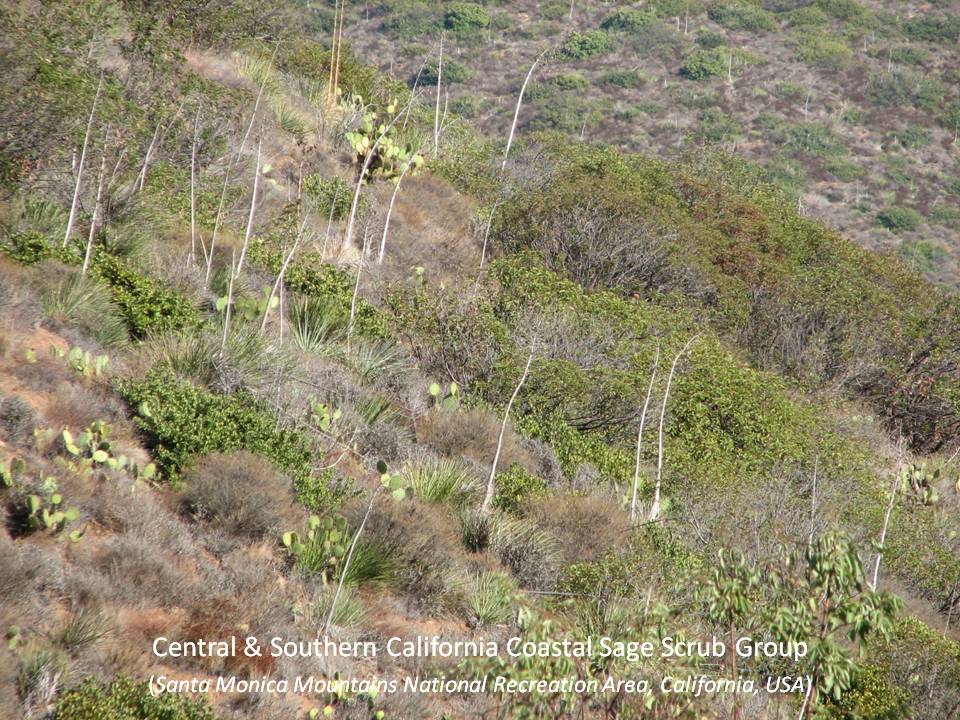 The southern expressions of A3302 are experiencing warmer conditions than the north—the sort of conditions that are likely to affect this type in its northern range in coming decades due to climate change. Identifying both as different versions of A3302 reveals the connections between the expressions, allowing managers to use the current condition of the southern expression to predict the future for the north.  The classification allows them to glimpse one possible ecosystem future and make management decisions based on those informed predictions.

That’s useful for changes beyond climate change, too. Invasive plant species, pest diseases, deer browse—the list of environmental stressors continues, and the effects of each can be better understood through a unified classification system that reveals the connections between types. And because EcoVeg works across multiple scales, it can help track the changes as they ripple across global and local landscapes alike.

EcoVeg doesn’t aim to stand alone in its efforts to describe ecosystems. Given the complexity of ecosystems and ecosystem management, EcoVeg seeks to integrate its findings with existing ecoregions and site-based classifications. Together, these approaches allow ecologists and managers to best tackle the questions at hand.

All of this work has relied on strong relationships across a network of vegetation ecologists across the globe. This network is one of the strengths of the EcoVeg approach, as peer review has been and will be a cornerstone of the classification system. A review board oversees this process, and ensures that types remain dynamic, debated, and at peak suitability.

For now, there are more gaps to fill, more vegetation types to describe, more connections and revisions to be made as they fit this scheme to the diversity of the world’s vegetation. And in doing so, they contribute to a history of ecosystem classification stretching back to the 19th century.

Faber-Langendoen puts it well: “I think the term is evolutionize, not revolutionize,” he says. “We’re working with things that have been built before, but we’re tinkering, re-tooling them.”

With the help of a dedicated team of scientists, that tinkering will continue to make EcoVeg an important tool in conservation.