Immersed in the clouds: Interview with tropical cloud forest researcher

There is a world within the canopy of a tropical cloud forest that not many people get to see. In this unique ecosystem – maintained by the exceptionally wet microclimate of cloud cover—orchids, moss, lichens and other epiphytes grow in… Read more ›

Battles of the sexes: Competition and evolution in tropical hummingbirds 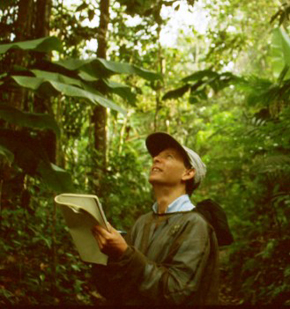 In this edition of Field Talk, we catch up with Ethan Temeles, a biologist at Amherst College, who tells us a tale of competition among the sexes in Caribbean hummingbirds – competition so severe that it drives their evolution. The… Read more › 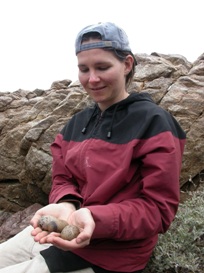 Rising temperatures as a result of climate change promise to alter the behaviors of temperature-sensitive organisms. But climate change is also affecting the timing of seasons, which can throw off the alarm clock for critical behaviors, such as breeding. In… Read more ›

To fly or not to fly? Diving birds shun air travel

The ability to fly is one of the most significant adaptations in animal history. Some birds, however, have opted out of flying – evolutionarily speaking. In this installment of Field Talk, we catch up with Dr. Rory Wilson, a professor… Read more ›

To fly or not to fly? [ 10:32 ] Play Now | Play in Popup | Download
Authorliza
Published on18 Nov 2008
Categories
Field Talk
Tags
Birds, Ecological Monographs, Ecuador, Galapagos, islands, Marine, Pacific Ocean
Join Liza Lester and guests for stories from the field on the Ecological Society of America's Field Talk audio interviews. Conversations usually, but not always, start from new research in one of ESA's five journals, and work outward to implications, motivations, curiosities, and the communities in which ecologists live and work.