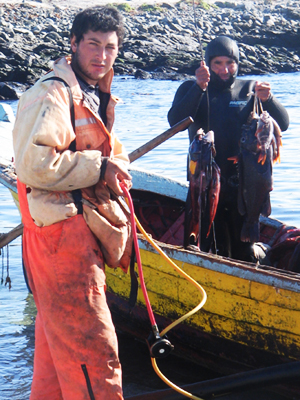 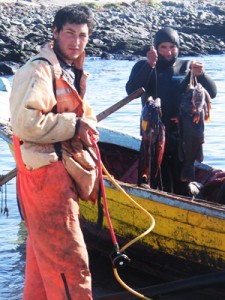 In theory, the evolution of scuba gear and wetsuits in spearfishing allow divers to produce a more abundant catch. However, Natalio Godoy from the Pontificia Universidad Católica de Chile and colleagues found that the spearfishers’ catches are becoming less diverse and abundant in the temperate reefs in northern and central Chile. The result, as they suggest in a recent study published in Ecological Applications, is likely due in part to the spearfishing activities themselves.

Godoy and colleagues used several methods to obtain information on the state of reef fish communities in Chile since records of spearfishing activities, and landing records specific to certain regions, are not required by the government. Therefore, the researchers examined data from nation-wide official landing records, the catch from the top 20 divers in the 1971 and 2004 world spearfishing championships and the perceptions of local spearfishers.

They found that the average mass of reef fish captured decreased, the percentage of discarded fish decreased and the total number of species caught decreased drastically in the 30 year span between championships. The interviews, on the other hand, contributed an even greater understanding of the status of the fisheries: Divers reported that they were catching, and local markets were accepting, species of fish that were not consumed just 10-15 years ago.