Amy Blood, Biological Sciences, The University of Alabama, “Urban tree crown attributes in the southeastern US: Differences in model form and driving factors by species and location”

Urban forests provide many ecosystem services—they improve the well-being of humans, lessen air pollution and flood risk, reduce noise, and regulate temperatures. Proper care, monitoring, and management of these forests is essential in order to optimize their community benefit. So that communities can better understand and appreciate the resources trees provide, I am working toward making urban forest inventories easier to perform. To accomplish this, I am developing regional allometric equations for crown width and height. The models I am creating will (like those already developed) use tree diameter. However, unlike those before me, I am including data from private (commercial and residential) property. Because permission from landowners must be obtained to measure private trees, these trees have mostly been excluded from urban tree models. Instead, researchers have focused on public trees (e.g., street trees or those in parking lots). Publicly owned trees undergo different stresses and management practices than private ones, making existing equations unable to effectively model the entire urban forest.

There are currently no regional urban forest attribute models for the US. Most existing models include data from one city or county, or rely on industrial forest data. The development of regional urban tree models will help urban foresters within the southeast to better describe the resources. With the collaboration of the USDA Forest Services’ Urban Forestry South group, I will utilize data from more than ten localities in the southeast US, and be able to produce a regional model. Additionally, I will compare urban tree growth forms to their adjacent “natural” counterparts. Beyond the equations, I hope to further understand tree diversity within the urban forest as compared to nearby natural forests. 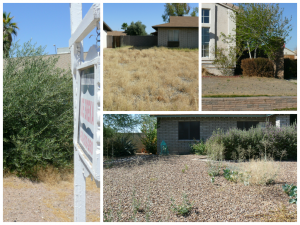 My doctoral research builds on the groundwork of CAP LTER urban ecology research at Arizona State University. By using a combination of foundational LTER datasets and modelling, I am examining the linkages between The Great Recession and urban vegetation dynamics in the Phoenix metropolitan area. It is commonly accepted that urban design governs vegetation in cities, but when the housing bubble burst, followed by The Great Recession, foreclosures and abandoned development sites dotted the urban landscape and unemployment rates spiked. Coming from a landscape ecology background, this really piqued my curiosity. Anecdotally, it looked like Phoenix’s landscape had transformed, but we don’t fully understand how socioeconomic disturbances might affect the ecosystems where people live and work. So, I set out to answer questions about how and whether The Great Recession had affected the dynamics and spatial patterns of urban vegetation. 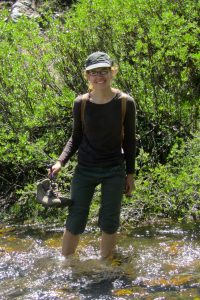 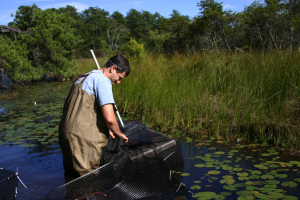 As an ecologist working in the New York City metropolitan area, I have had the unique opportunity to conduct research in one of the most heavily urbanized and impacted regions of North America. Species in this part of the world not only face direct threats associated with high human population densities (e.g., habitat loss, impact, degradation, etc.) but also indirect threats from disease and contaminants as well as increasingly frequent and powerful storm and flooding events, habitat restructuring, and rising sea levels. My interests center broadly on wildlife ecology, biodiversity, and conservation, and more specifically on unraveling the factors behind enigmatic species declines. My research focuses on amphibians and reptiles in particular, which, unlike many other taxonomic groups, have limited dispersal capabilities and physiological protections against environmental threats. This typically leads to one of two outcomes in urban settings: extirpation or survival in disjunct relict populations scattered across highly fragmented landscapes.

For my dissertation, I studied the recent extirpation of leopard frogs from the entirety of Long Island, New York and nearly all of New York City (aside from two relict populations on Staten Island). I transplanted and raised tadpoles in wetland enclosures within this extirpation zone to monitor their health and fitness and identify extinction factors. I examined the effects of invasive vegetation (Phragmites australis), disease, and contaminants. During this work, an unexpected discovery occurred – I noticed that the leopard frog populations on Staten Island exhibited aberrant bioacoustic and habitat-use patterns. Subsequent genetic and acoustic analyses, conducted in collaboration with several colleagues, confirmed that these frogs were in fact members of a previously undetected and distinct new species. This discovery is the first of its kind in the Northeast since 1882 and one of only a handful of new frog species discoveries north of Mexico since 1986. This surprising find, not from the deep tropics, but the urban core of New York City, carries important lessons and implications and shows that the ecological and biodiversity value of cities cannot be discounted. Since its discovery, the new species has been found in other parts of the mid-Atlantic region and has the potential to become an urban icon – it is environmentally sensitive yet persists within coastal and riparian urban systems, including some populations only miles from the Statue of Liberty.