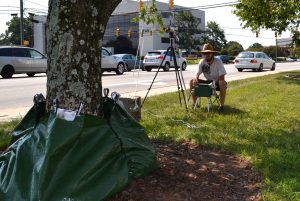 Most people live in cities and benefit from the services provided by urban plants. However, it is well documented that many herbivorous pests are more abundant and damaging in urban than natural habitats. My research focuses on how urban habitat characteristics like temperature, vegetation, and impervious surfaces affect arthropod pest population dynamics and their host plants. I am currently a Ph.D. candidate working with Dr. Steve Frank at North Carolina State University. My ultimate goals are to elucidate mechanisms that drive pest abundance and use this information to develop strategies to mitigate pest outbreaks on urban plants. More specifically, I have been studying how urban habitats affect red maple street trees (Acer rubrum) and their most damaging arthropod pest, the gloomy scale (Melanaspis tenebricosa). Our research suggests that these pests benefit from urban warming and impervious surface cover, which reduces the condition and services provided by their red maple tree hosts.

At the 2015 ESA meeting, I presented work that has been published in Ecological Applications, which examines multiple components of urban habitats that may affect insect pests and their host plants. We used path analysis to tease apart the direct and indirect effects of biological control, temperature, vegetation, and land cover on pest insect abundance. We also did lab work to determine a mechanism by which insect pests benefit from urban warming and increase in abundance. The next step in our research is to determine the best ways to mitigate these effec 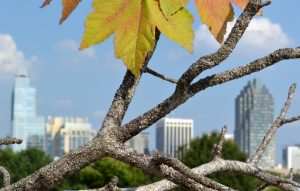 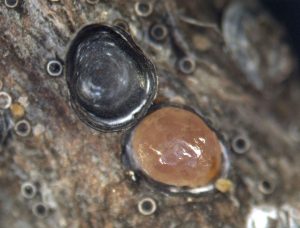 Using path analysis, we determined that impervious surface (the most important habitat variable) increased scale insect abundance by increasing tree canopy temperature, rather than by reducing natural enemy abundance or percent parasitism. As a mechanism for this response, we found that increasing temperature significantly increases scale insect fecundity and contributes to greater population increase. Specifically, adult female M. tenebricosa egg sets increased by approximately fourteen eggs for every 1° C increase in temperature. Climate change model projections suggest that the global climate will increase by 2-3° C in the next 50-100 years, which we found would increase scale insect abundance by 200-fold. This result supports predictions that urban and natural forests will face greater herbivory in the future, and suggests that a primary cause could be direct, positive effects of warming on herbivore fitness rather than altered trophic interactions.