Fellows Sponsored by the Generous Contributions of ESA Members 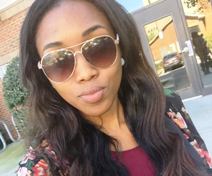 Project Title: Cultivation of Oil Degrading Microbes and the Effect of Toxicity on Marine Ecosystems.

Julissa’s interest in the environment stems from her cultural background. Her family is originally from the island Trinidad and Tobago. As a frequent visitor of Trinidad she has seen first hand the environmental damage the island has undergone over the last few years. The environmental decline in Trinidad inspired her to pursue a degree in environmental science and introduce environmental awareness to her community. When she is not out trying to save the world through science Julissa enjoys mentoring and playing soccer. She organizes her own mentoring group at Spelman that encourages young girls in the Atlanta community to dream big and always go after their dreams. Julissa also volunteers at the Boys and Girls club of Atlanta as a soccer referee, and tries to play some pick up games with her friends whenever she has down time. Upon completion of her degree at Spelman she plan to continue my education in a graduate program or attend law school to pursue a degree in environmental law. 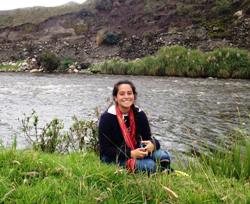 Carla is a senior at University of Puerto Rico, Rio Piedras Campus. Her interests lie mainly in doing research in important and vulnerable rivers, especially those impacted by urban development, and the effects that this has on essential macroinvertebrate communities and other river dynamics. Carla is also very interested in outreach education activities such as doing citizen science with communities and students. As a hobby she likes to play soccer and is part of the UPR-RP team. Her other hobbies include running, hiking, and gardening. 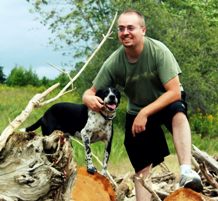 Project Title: A systemic parasitic infection of Pachygrapsus crassipes by an unknown ciliate.

Dan hails from the ancient, blue-hazed mountains of Appalachia. He has been fascinated with biology since childhood, when he first encountered an illustrated guide to marine life in his elementary school library. Parasites have become his primary research interest, shaped by his first encounter with the story of insect behavioral modification byCordyceps fungi. The transmission ecology of behavior-modifying parasites, coupled with the biochemical interactions between parasites and hosts, are incredibly exciting topics of study. Beyond academic interests, Dan is an avid weather buff, a fiction writer, a decent cook, and a very enthusiastic light microscopist. There are no forms more beautiful than those revealed under high magnification, and no friends more loyal than those who will follow one into a drainage ditch to collect a vial full of questionable fluids for later examination.