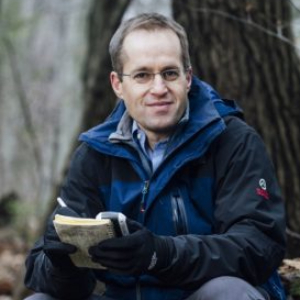 Dr. Mark Vellend is a professor at the Université de Sherbrooke in Quebec and a 2020 ESA Fellow. Since the start of his career, Dr. Vellend has been interested in long-term changes in the composition and diversity of plant communities, especially the role of past human land use and ongoing climate change.  A 2013 meta-analysis that he was a part of, on plant biodiversity change at the local scale, generated a surprising finding of no net temporal change on average in the absence of wholesale land use conversion. This spurred a major wave of interest in temporal biodiversity across the ecological research community.

One main branch of his research focuses on the interface between ecology and evolution, in particular a conceptual framework for community ecology inspired by that used in evolutionary biology.  Dr. Vellend is the author of paper written in 2010, “Conceptual synthesis in community ecology,” and a book written in 2016, “The theory of ecological communities.” Both of these publications have had wide influence in the field, synthesizing many individual ideas and models into a common framework.

Dr. Vellend was elected as an ESA Fellow this year. He has been a member of ESA since 2000. Since his time with ESA, he has been a member of the Canada Chapter, the Plant Population Ecology Section, and the Awards Committee. When asked what his favorite part about being an ESA member is, Dr. Vellend said, “Supporting meetings and journals that form the core of ecology, especially in North America, but also with a global influence.”