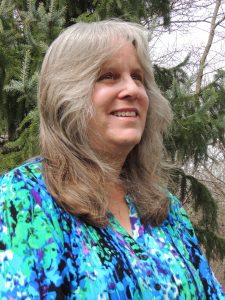 Kimberly With has been a member of ESA and the Theoretical Ecology Section since 1992. Dr. With is a two-time recipient of the “Outstanding Paper” award from the U.S. Regional Chapter of the International Association for Landscape Ecology (now IALE-North America) and was recognized as a Distinguished Landscape Ecologist in 2016, which is the highest honor bestowed by that organization. Dr. With’s textbook, Essentials of Landscape Ecology (2019. Oxford University Press), was just awarded the Marsh Ecology Book of the Year Award by the British Ecological Society.

Dr. With grew up in the San Francisco Bay Area and her childhood interest in birds and other wildlife led her to study biology at San Francisco State University (B.S., 1985). During that time, she became interested in ecological research thanks to several summer internships conducting breeding bird surveys and studying the foraging ecology and habitat use of birds in the Sierra Nevada of California. From there, she went on for a master’s degree at Northern Arizona University (M.S., 1988), where she studied behavioral ecology and conducted a comparative study of parental care in western bluebirds during the pre- and post-fledgling periods for her thesis.

Due to Dr. With’s early interest in avian community ecology, she applied to work with John Wiens at Colorado State University for her Ph.D. (1993) and was introduced to the then-emerging field of landscape ecology. The idea that landscapes could be studied at any scale was a revelation, for it opened up an entirely new way of thinking about how spatial heterogeneity could influence ecological patterns and processes across all areas of ecology (from individual movement behavior to ecosystem flows). This view was further enhanced during a two-year Hollaender Distinguished Postdoctoral Fellowship at the Oak Ridge National Laboratory (1993-1995), where she was able to work with several leaders in the field of landscape ecology (e.g., Monica Turner, Bob O’Neill, Bob Gardner). From there, Dr. With spent five years as a tenure-track faculty member at Bowling Green State University in Ohio (1995-2000), where she explored experimental applications of landscape ecology, before moving to her current position as a full professor in the Division of Biology at Kansas State University.

Dr. With’s research has involved a combination of theoretical, experimental, and field-based research into the ecological consequences of habitat loss, fragmentation, and land management. Much of her research has sought to identify critical thresholds in species’ responses to habitat loss and fragmentation, using both computer simulation models and experimental model landscapes to develop and test hypotheses about whether or when habitat fragmentation “matters” for various types of species and for ecological responses ranging from individual movement behavior to invasive spread to predator-prey/host-parasitoid interactions. Landscape ecology has thus provided her with a unifying framework for investigating these diverse ecological responses to landscape change across a wide range of scales and in different systems involving birds and other vertebrates as well as insects.