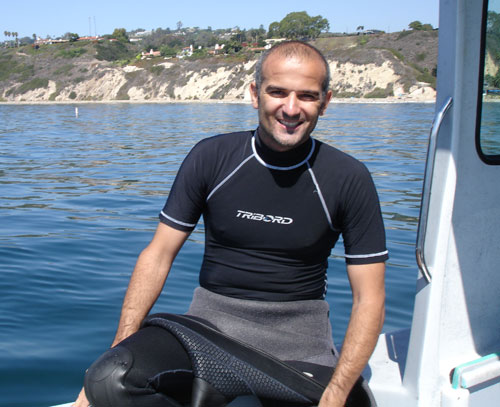 What is it about the rocky habitat in California that makes giant kelp so prevalent? And how do they spread from one section of the Santa Barbara Channel to another? According to Filipe Alberto, a marine population geneticist at the Centre for Marine Sciences in Portugal, giant kelp spread from one area to another in a stepping stone fashion, changing their genetic make-up as they go along. In his study, published in the January issue of Ecology, Filipe and colleagues analyzed the effects of isolation on genetic diversity between kelp forests. Diving with researchers from the University of California, Santa Barbara, Filipe collected all the samples he needed to study their genetic diversity—and he did it in just two weeks at the coastal Long Term Ecological Research (LTER) site in Conception, California. The samples, which were then shipped back to Portugal, showed that habitat continuity plays an important role in genetic connectivity.