What are the big ecological innovations of the last century? #ESA100

Home » Centennial » What are the big ecological innovations of the last century? #ESA100

In December 2015, the Ecological Society of America will celebrate a big birthday: 100 years since the first group of botanists and zoologists, parasitologists, geologists, physiologists, and marine biologists gathered in Columbus, Ohio, to unite their shared interest in the relationships of the great diversity of living organisms to each other and their surroundings.

To kick off our centennial year, we are holding a blog and social media carnival today, asking ecologists to tell us about the ideas and discoveries that have had the biggest influence on the field of ecology over the last century.

The conversation continues on twitter under the centennial hashtag #ESA100.

Chris Buddle looked at the question from the perspective of education at his Expiscor blog on Scilogs. What concepts do kids (and undergraduates) readily absorb? 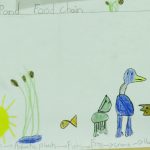 “Kids learn, very early on, about ‘energy pyramids’ and food chains. They learn about things like producers, consumers and about energy loss associated with ‘moving up’ the food chain. The sun gives energy to plants: this energy gets passed along to the next character in the food chain, the herbivore. In turn, the herbivore gets eaten by a predator. This predator is typically larger-bodied than the prey. I posit that almost everyone learns about a ‘pyramid of numbers’ before they are 10 years old. This ‘pyramid of numbers’ is a concept forwarded by Charles Elton in 1927: it’s an ecological milestone.”

Elton might not have been entirely correct, Buddle says, but he doesn’t see it as a problem. The simplified vision of food webs featured in textbooks is a memorable model that gives students a starting point for more complex questions.

At Small Pond Science, Amy Parachnowitsch is thinking about the discoveries that have influenced her work on the evolution and ecology of flowers: the idea of connecting ecology to evolution in the field by measuring natural selection, and techniques for quantifying the chemistry and color of life (including the look and smell of flowers, which make powerful impressions on pollinators as well as people).

“…the idea of studying the link between ecology and evolution was what first excited me to go on to a masters and I continue to try to understand how ecological interactions lead to evolutionary change. I’m not sure what exactly I would be doing now if it wasn’t for the influential paper and the work it inspired, but I’m pretty sure I wouldn’t be @EvoEcoAmy.”

Her colleague Terry McGlynn expands on Amy’s thoughts on unification, pointing to the modern synthesis of genetics with evolutionary theory, the development of the holistic approach of systems ecology, and Keeling’s measurements of increasing atmospheric carbon dioxide. He also argues for the centrality of Biological Field Stations.

“It’s no accident that the biggest advances in ecology and evolution have come from people who combined observations from a variety far-flung locations with careful observations in one-place over a long period of time. To put new ideas together in ecology requires a deep view of the spatial distributions of organisms, and an understanding of temporal processes that change the composition of populations and communities.”

At Dynamic Ecology, Brian McGill broke his ideas down by concepts, tools, and eras, noting that he has likely omitted some important ideas due to his own particular knowledge base. He wasn’t afraid to mention a few useful things that he thinks aren’t core concepts or tools:

Wordle produced from the titles of the 200 most cited ecology papers of 2012, by Brian McGill.

“I’m a pretty firm believer that ecology should be in the driver’s seat and statistics is just a tool. The same with big data. Any number of topics I mentioned above intersect with big data (all the way back to von Humbold and Kleiber!). But I just don’t see discussion of big data in isolation as a useful way forward – big data is just a tool letting us finally crack controls of species richness, biodiversity trends, etc.”

Stay tuned to #ESA100 at Dynamic Ecology for more on this topic from Brian’s fellow bloggers, Meg Duffy and Jeremy Fox.

But at The EBB and Flow, Marc Cadotte and Caroline Tucker are thinking about the role of statistics in ecology from a different perspective. They write about the development of standards for experimental and observational evidence from p-values and hypothesis testing through Bayesian modeling.

“The most cited paper in ecology and evolutionary biology is a methodological one (Felsenstein’s 1985 paper on phylogenetic confidence limits in Evolution – cited over 26,000 times). Statistics is the backbone that ecology develops around. Every new statistical method potentially opens the door to new ways of analyzing data and perhaps new hypotheses. To this end, we show how seven statistical methods changed ecology.”

As long as you are thinking about history, you might want to check out the fantastic interactive timeline built by ESA’s Historical Records Committee marking milestones in the history of the society.

“The history of ecology reminds us that some of our greatest scientists — Pasteur and Darwin come to mind – were great because they could think ecologically,” said Committee Chair Sharon Kingsland.