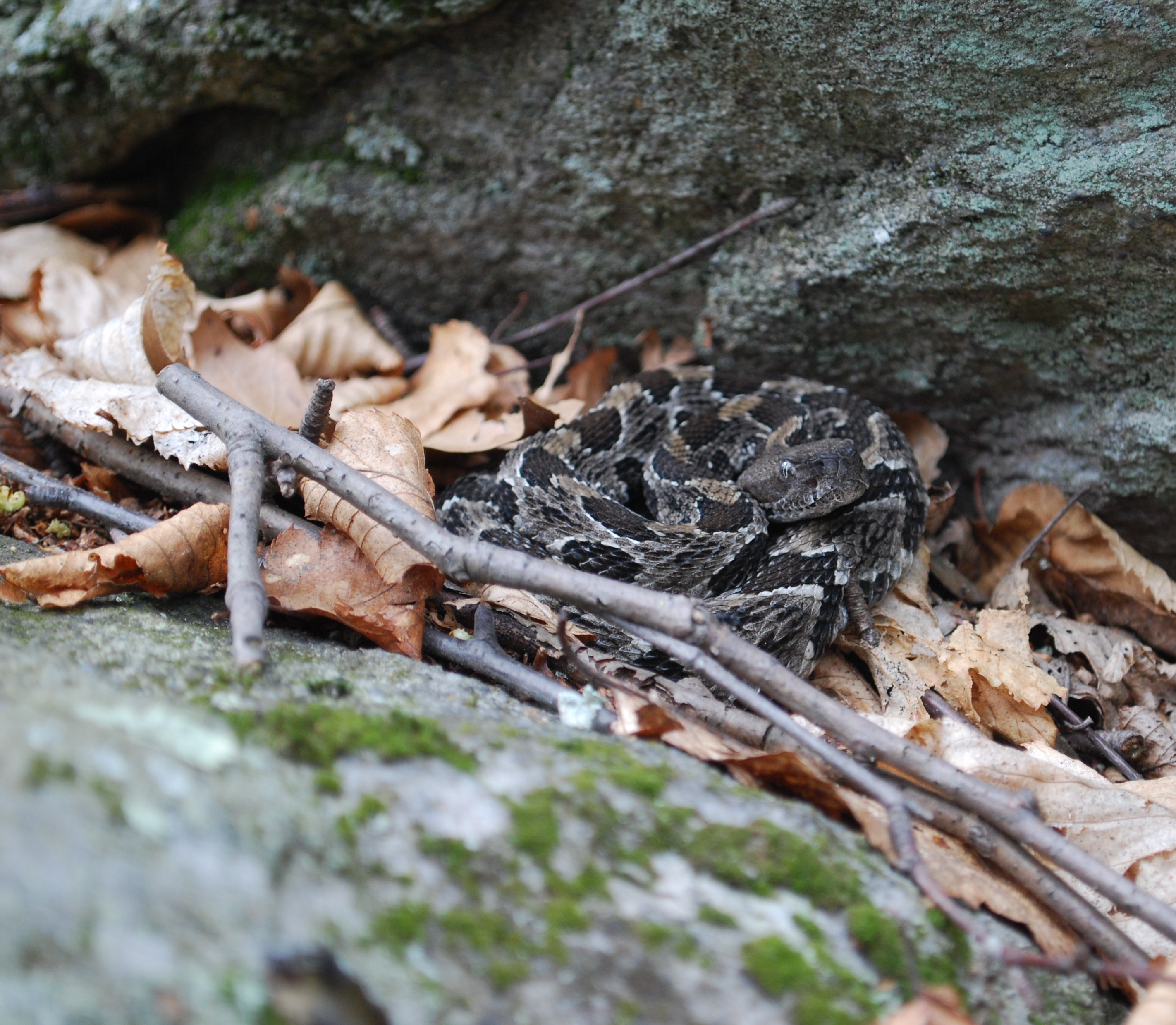 Human cases of Lyme disease continue to rise in the United States. The bacterial disease—which, if untreated can cause significant neurological problems, is transmitted to people by black-legged ticks, which pick up the pathogen by feeding on infected animals, primarily small mammals such as mice.

Previous studies have shown that when fewer predators of small mammals are present, the abundance of ticks goes up, resulting in an increase of Lyme infections in people. Edward Kabay, at East Chapel Hill High School, together with Nicholas Caruso at the University of Alabama in Tuscaloosa and Karen Lips with the University of Maryland, explored how timber rattlesnakes (Crotalus horridus) might play a key role in the prevalence of Lyme disease in humans.

They modeled what and how much timber rattlesnakes ate based on published data on snake gut contents for four northeastern localities and determined the number of infected ticks removed from each location. Kabay, Caruso and Lips’ models showed that by eating mammalian prey, the snakes removed some 2,500 – 4,500 ticks from each site annually.  Rattlesnakes eradicated more ticks in areas with greater prey diversity than in habitats with less mammalian diversity. The trio’s research suggests that top predators like the timber rattlesnake play an important role in regulating the incidence of Lyme disease. But decreasing habitat and overharvesting of the snakes is driving their populations down, particularly in northern and upper midwestern areas, where the incidence of Lyme disease is highest.

The presentation Timber Rattlesnakes may reduce incidence of Lyme disease in the Northeastern United States will take place on Tuesday, August 6, 2013: 4:40 PM in 101 I of the Minneapolis Convention Center.