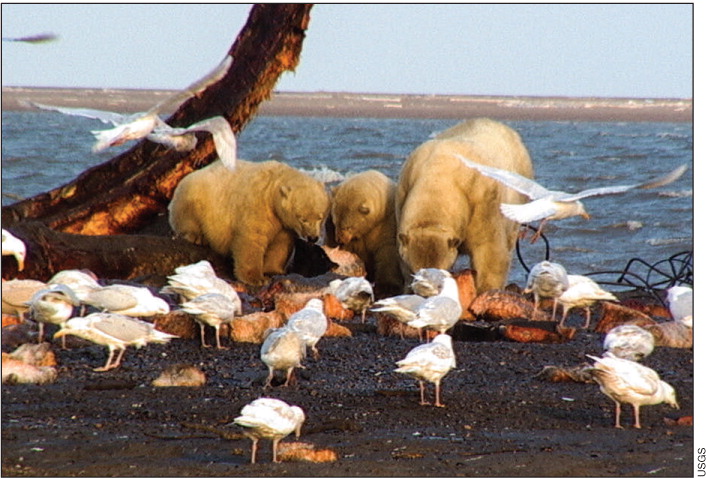 When polar bears meet glaucous gulls over the remains of a bowhead whale, they may be sharing more than a meal. As the warming climate brings animals into new proximity, parasites, viruses, and bacteria can find opportunities to spread to new and naïve hosts, sometimes jumping from birds to mammals, and from marine ecosystems to land ecosystems. Credit, USGS.