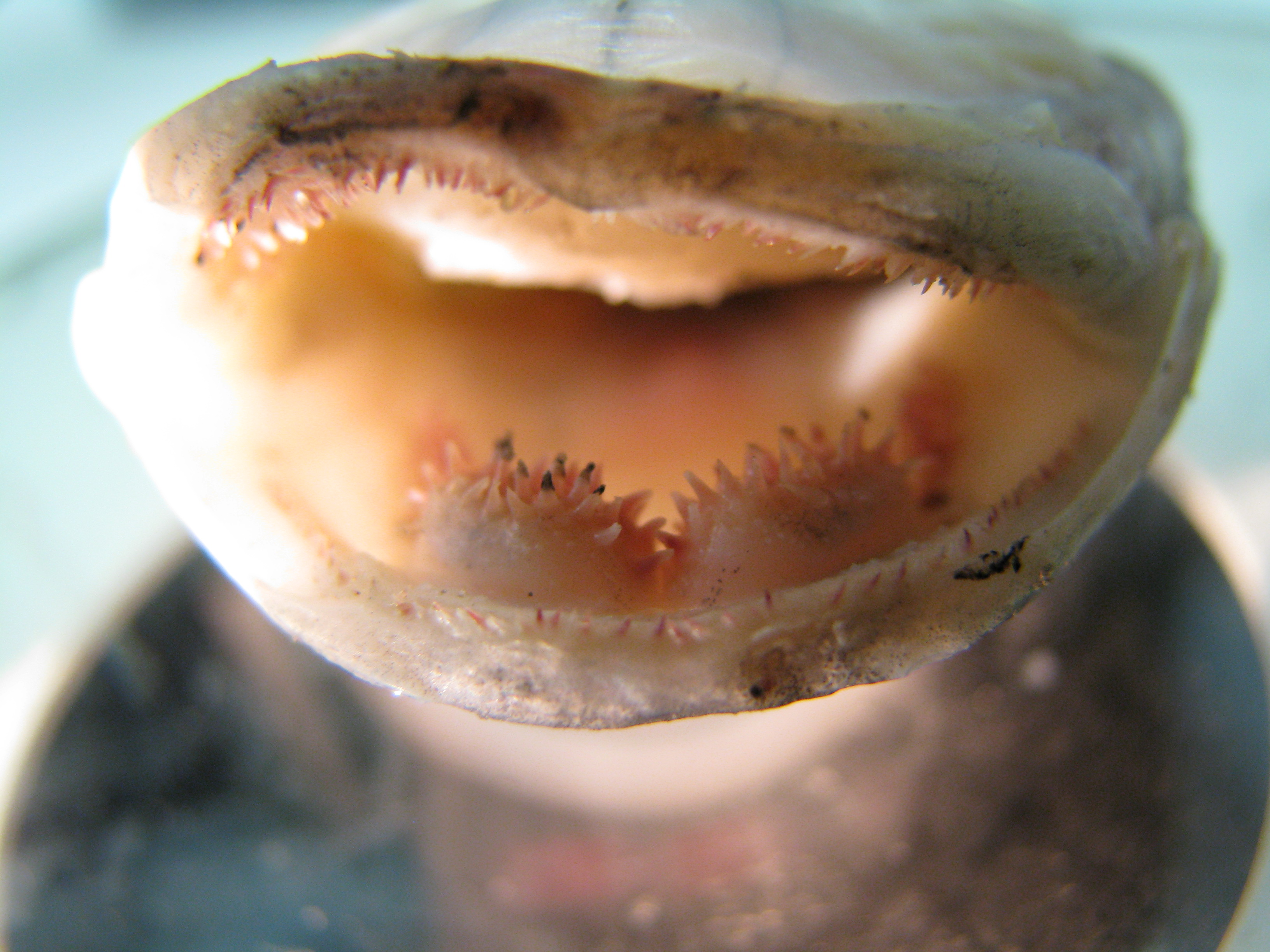 Kyle McLean, an Environmental & Conservation Sciences graduate student at North Dakota State University, and his team looked at the two different types of juvenile barred tiger salamanders: the ‘typical’ variety and the rarer, cannibalistic morph.  A morph occurs when the same species exhibits different physical characteristics.  The cannibalistic morph is believed to be a result of plasticity; it’s changed its physical appearance due to environmental pressures.  The typical morph has a smaller head and smaller peg-like

teeth compared to the cannibalistic morph’s broader head and sharper recurved teeth, allowing it to eat larger prey and, in many cases, other salamanders of the same species.  In water bodies where the morph does occur, they have been observed at less than 30 percent of the local population.  McLean thinks the cannibalistic morph occurs at the larval stage when competition for food is highest.

During the summer of 2012, McLean’s team collected 54 barred tiger salamanders (Ambystoma mavortium diaboli) from a North Dakota lake with a high concentration of fathead minnows that likely compete with larval salamanders for prey. The team measured the salamanders’ body length, skull, and teeth. They concluded that all were cannibalistic. Their snout length was not significantly different from that of typical barred tiger salamanders from a nearby lake, but the cannibalistic morphs had longer and wider skulls and larger, sharp teeth. Typical morphs came from a lake with a low abundance of competitors for food, possibly indicating that the cannibalistic morph occurs where there is a high concentration of predatory competition.

“The presence of cannibal morphs occurring in the barred tiger salamander was an unexpected discovery, but being that that every individual captured from the lake was a cannibal morph and they appear to not be in competition with each other but thousands of fathead minnows is the intriguing story. With future experimentation and data collection hopefully we will be able to better understand the abnormalities of this unique population,” said McLean.

McLean’s poster session, Characteristics of cannibalistic morph barred tiger salamanders in a prairie pothole lake will take place on Wednesday, August 7, 20113 in Exhibit Hall B of the Minneapolis Convention Center.