ESA is a member of the No Child Left Inside coalition, a group of American societies, institutions and other coalitions trying to reverse the trend that today’s youth are spending less and less time outside, to the detriment of themselves and society. At the core of this problem, says the Coalition, is the lack of dedicated environmental education in our…

Evolution can do funny things. Like producing the amazing feat of flight in a lineage of reptiles, which over time led to an adaptive radiation seldom rivaled in the history of animals. And then producing, in some 30 species of birds, the loss of the adaptation altogether. It would seem a ridiculous thing to do, to give up the power…

ESA News and Views readers may be interested in the following announcement from the USDA (see http://www.csrees.usda.gov/business/reporting/stakeholder/an_stakeholder_afri.html for details.)

The State of the Nation’s Ecosystems 2008 report, released by the Heinz Center, provides authoritative documentation of key environmental trends. A companion report calls for bold federal and state action to strengthen and integrate the nation’s environmental monitoring. The State of the Nation’s Ecosystems 2008 shows that the acreage burned every year by wildfires is increasing, non-native fish have invaded nearly every watershed in the lower 48 states, and chemical contaminants are found in virtually all streams and most groundwater wells, often at levels above those set to protect human health or wildlife. In contrast, ecosystems are increasing their storage of carbon, there are improvements in soil quality and crop yields have grown significantly, according to Robin O’Malley, Director of the Heinz Center’s Environmental Reporting program.

The scientific and academic communities for several years have been concerned that many technologies currently included on the federal Commerce Control List (CCL) are too broad and out of date. The CCL is the list used by the U.S. government in deemed export decisions.

On behalf of the NOAA Science Advisory Board (SAB), we would like you to know that the SAB is currently soliciting nominations for its Ecosystem Sciences and Management Working Group. 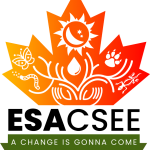