Ecology and COVID #2: Evolutionary Biology and Questions Regarding the Coronavirus

The great German physicist Werner Heisenberg remarked that nature does not reveal itself directly but only through questions we ask about it. This is true for questions we have with the tragic pandemic of COVID-19.

In the last 17 years, coronaviruses, minute parasites of animals, have been transmitted to humans on three different occasions: SARS from Asia in 2003 (from bats and civets); MERS in 2012 from the Middle East (from dromedaries); and recently SARS-CoV-2 in China (from bats), which has caused the pandemic disease COVID-19. Let’s consider responses from evolutionary biology to four significant questions regarding this recent viral outbreak.

Why did it happen?

Viruses evolve, as do cellular organisms (bacteria, animals, plants, fungi, etc.). Biological evolution consists of changes in the inherited characteristics of populations of organisms over several generations. These changes produce a genealogy that results from adaptation to environmental changes. The new coronavirus, therefore, also has had an evolutionary history—an origin, adaptation to humans, a resultant genealogy, and population growth and dispersal that generated the pandemic of COVID-19.

How did it happen?

Genealogical studies reveal that SARS-CoV-2 has 50% genetic similarity (kinship) with the MERS virus, 80% with SARS, and 97% with a previously researched bat coronavirus. From these data, one can infer that SARS-CoV-2 originated in changes in a coronavirus very similar to that housed in a bat, and which infected one or more humans, probably through an intermediary animal. The processes that generated this genealogy were mutations and recombination (by swapping chunks of genetic material) that generated variation, followed by action of natural selection. It can be assumed that the original viruses in the bats lacked the ability to cause harm to these animals and to infect humans. Over time, variants of those viruses appeared that, by changes in their genes (mutations), they acquired the capacity to infect humans. In the environment of the human body, natural selection benefited those viruses that were adapted to infecting and surviving in people and there to successfully reproduce. These adapted viruses then acquired (probably by another mutation) the ability to transmit between people. It cannot be completely discounted that a genetic recombination of the bat virus with that of an intermediary animal might have resulted in the new strain that was able to survive within the human body.  Whatever the exact source of the new variant, natural selection ensured that the evolving virus that emerged had a suite of traits that made a pandemic almost inevitable.

How do we know the geographic paths of the pandemic?

Genomic data collected by scientists since the beginning of the outbreak show that this coronavirus is randomly mutating as the pandemic rages around the world. These mutations are useful markers of transmission because closely related genomes indicate closely related infections. By reconstructing an evolutionary genealogy of these different genomes, scientists are learning about spatial spread, timing of introductions, and epidemic growth rate.

How do we avoid it from happening again?

Mutations and/or recombination that can result in a virus being able to infect humans and transmit from person-to-person are random events, suggesting a very low probability of simultaneous occurrence. Two factors, however, can increase that probability: (l) viral demography: viruses have a large population size and rapidly produce a huge number of generations (with potential random changes in genes); and (2) humans: a synergy of elements catalyzed by inadequate sanitary conditions, consumption and handling of potentially dangerous foods (such as from sick animals), easy access of people to contaminated food, dense human populations surrounding the first detected cases, and insufficient scientific knowledge in the early stages of infection. Furthermore, modern globalization (that is, the flow of technology, economy, knowledge, values and ideas crossing country borders) can aid the spread of a virus through international travel and commerce. One cannot easily control the viral factor, but humans are able to exercise prescriptive measures. Whether we have the foresight and will to deal efficiently with the next viral outbreak will depend upon successful political leadership and worldwide cooperation. 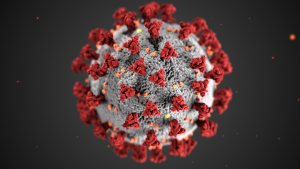