Which way should you point your nest? 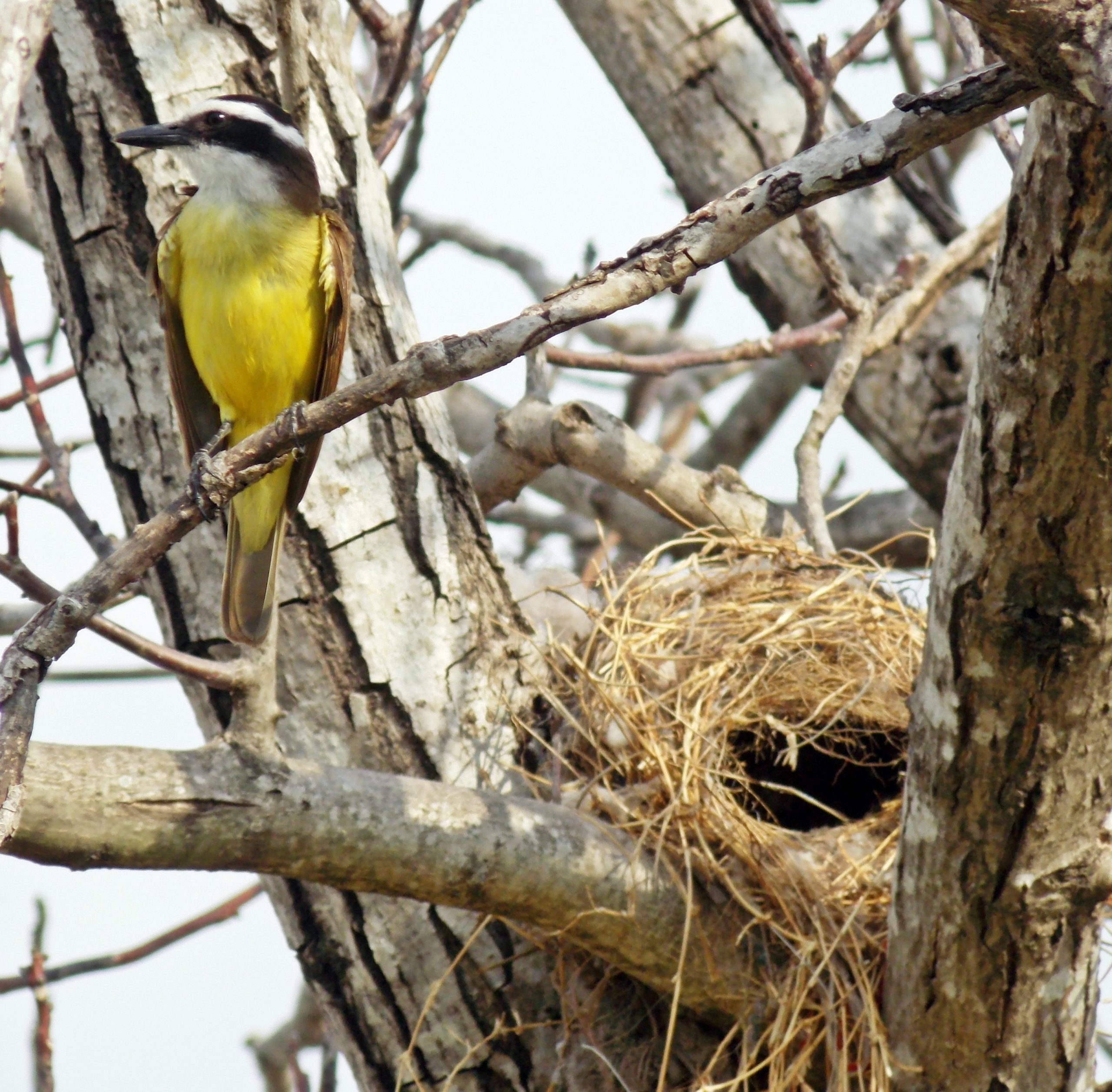 If you are a bird that builds enclosed nests, the direction of the entrance to your home could determine your comfort level, especially when raising babies.

If you want to make the temperature a little warmer inside your nest, you can orient the opening towards the sun – north in the southern hemisphere or south in the northern hemisphere. Alternatively, perhaps if you live in the tropics, you may want to build the opening away from the sun to keep the inside of the nest cool. Looking for a great middle-ground in a region with extreme daytime temperatures? You might consider orienting that door east or west.

By orienting nest openings in certain directions, birds achieve ideal thermal conditions for themselves, their eggs, and their offspring. With changing climate, this may also be a way of adapting to rising air temperatures.

In a newly published study in ESA’s journal Ecology, Alejandro A. Schaaf explores how two bird species that build enclosed nests in a temperate zone of Argentina (warm springs and summers with variable rainfall) might respond to rising air temperatures due to climate change. 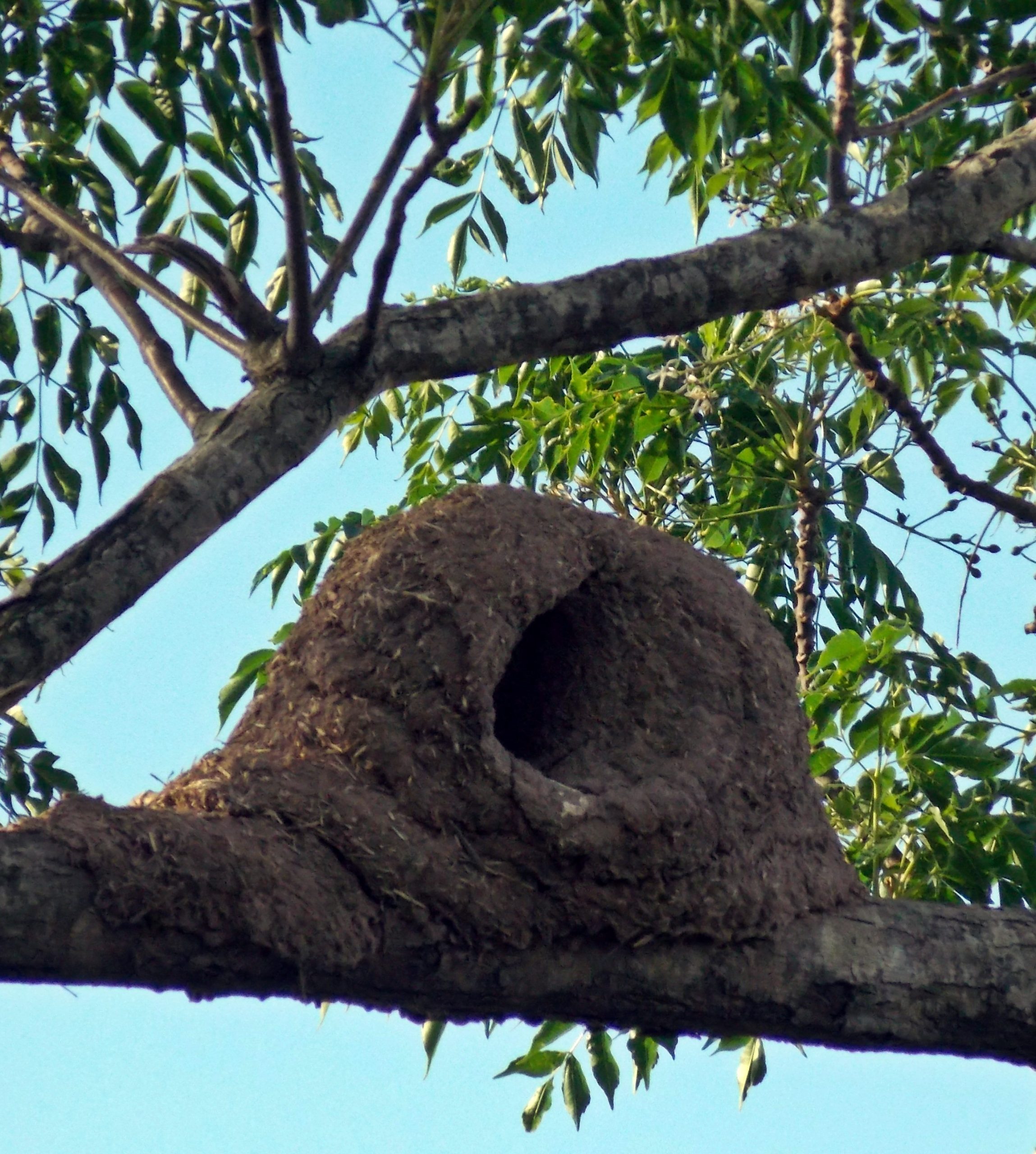 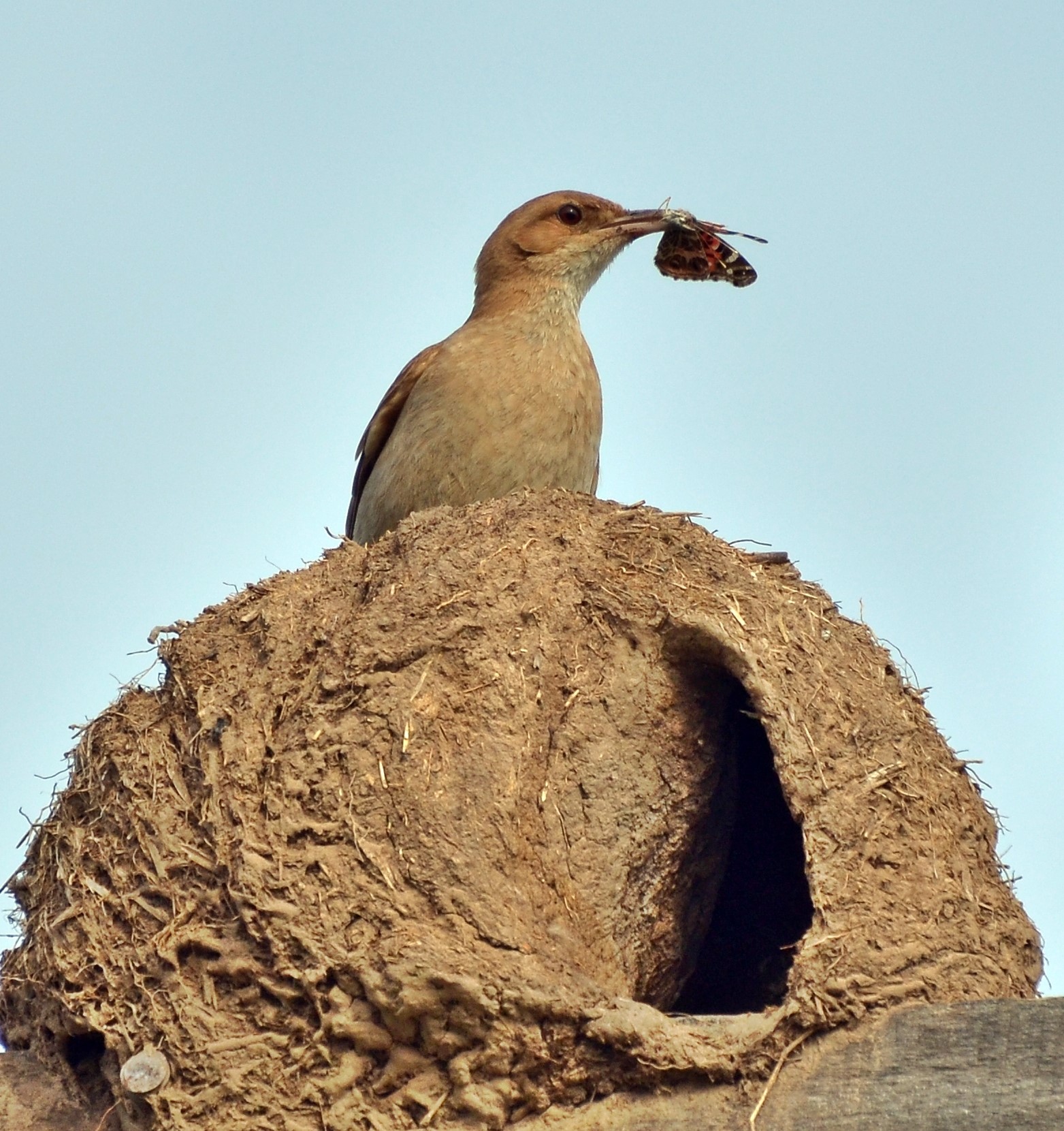 A Rufous Hornero stands atop its nest with a snack. Photo credit: Alejandro Schaaf and Martin de la Peña.

Schaaf obtained orientation data on 577 nests total built in trees between 1989 and 2018. For those three decades, he obtained temperature data from a local meteorological station, from which the authors calculated average local temperatures during the birds’ breeding seasons (September – December). They were then able to correlate north-south orientation of nest openings to the averaged temperature of each year’s breeding season. 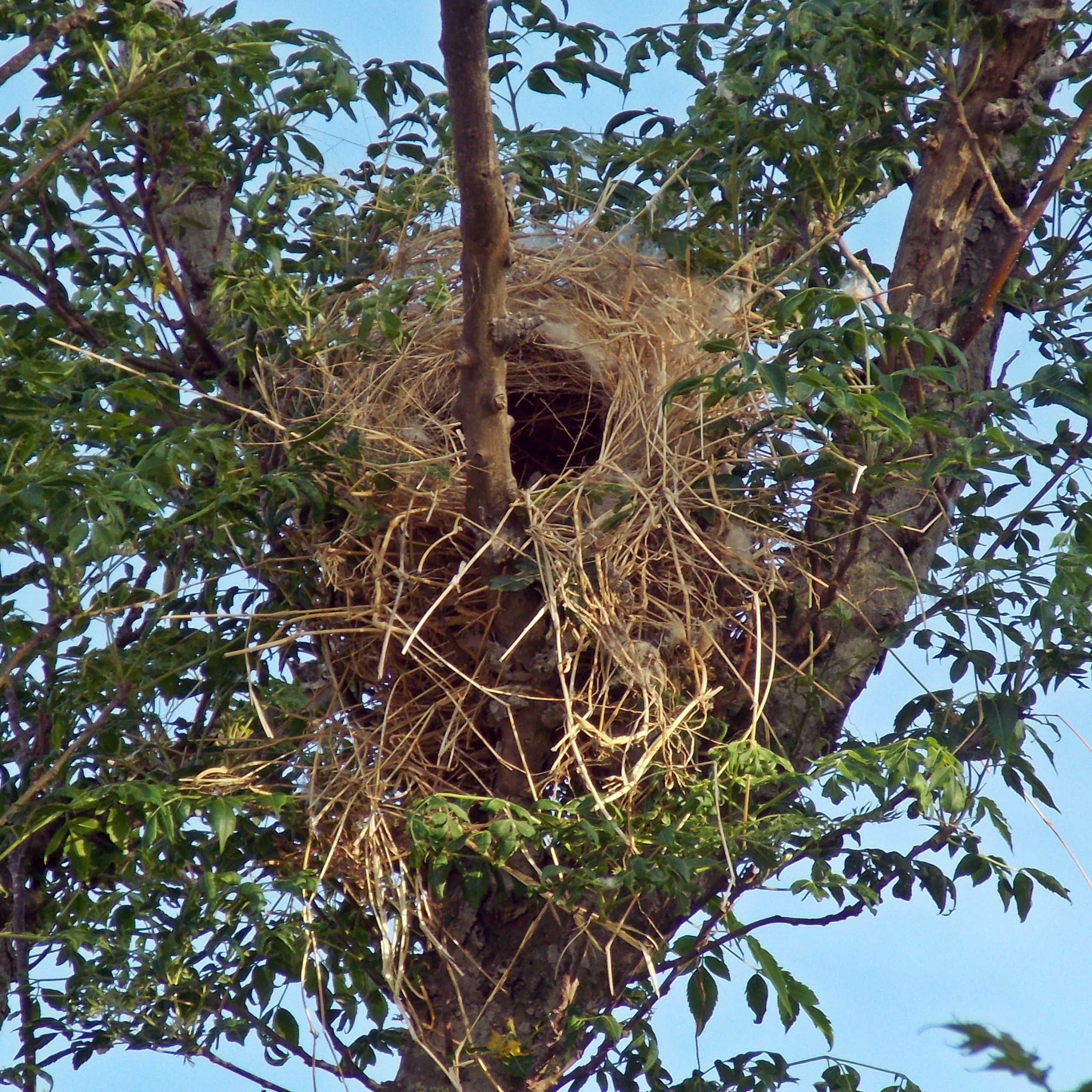 The nest of a Great Kiskadee is made from vegetable fibers. Photo credit: Alejandro Schaaf and Martin de la Peña. 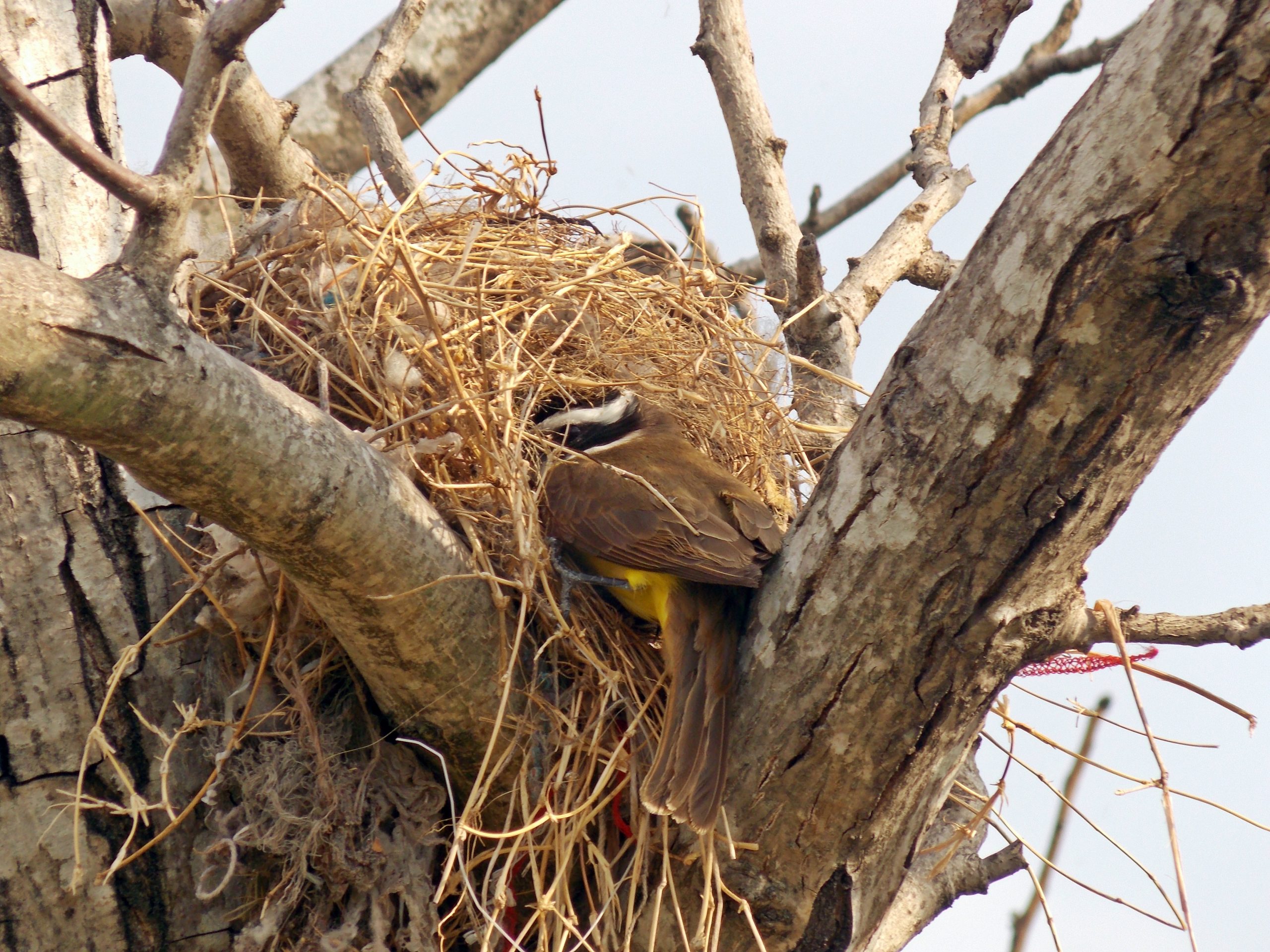 As the authors expected, nest orientation for these bird species becomes more south-facing (away from the sun) with increasing average temperature during breeding season. “Rufous Hoernero and Great Kiskadee may be avoiding the overheating of the nests during the years with higher temperatures,” Schaaf states in the newly published paper, “by orienting the entrances towards the south.”

Schaaf believes that this work is a first approximation of studying nest building and orientation as a behavioral adaption in birds to climate change. “We encourage the development of similar studies in other areas around the world,” he says, “for example, in tropical or cold-temperature sites.” 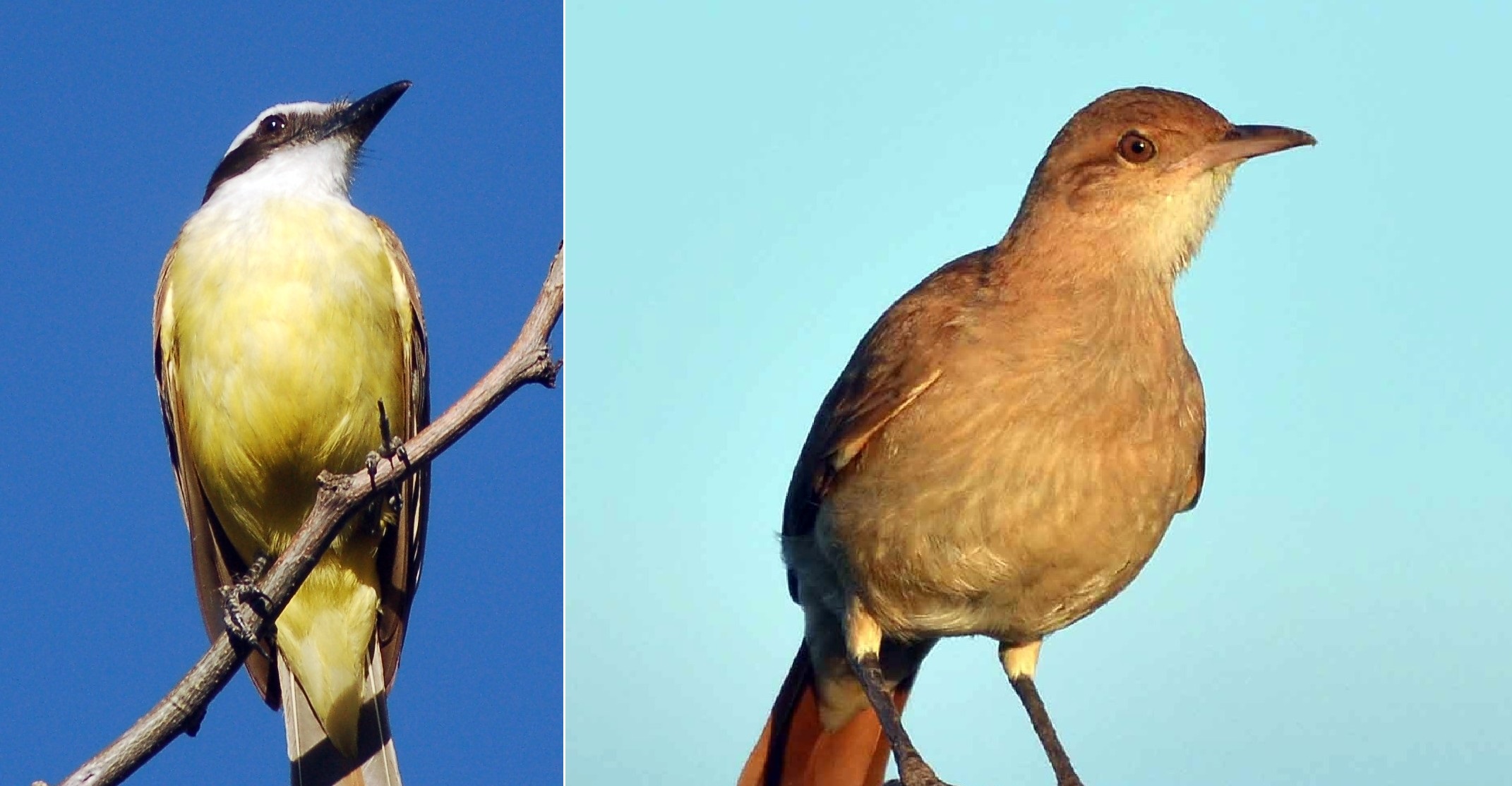