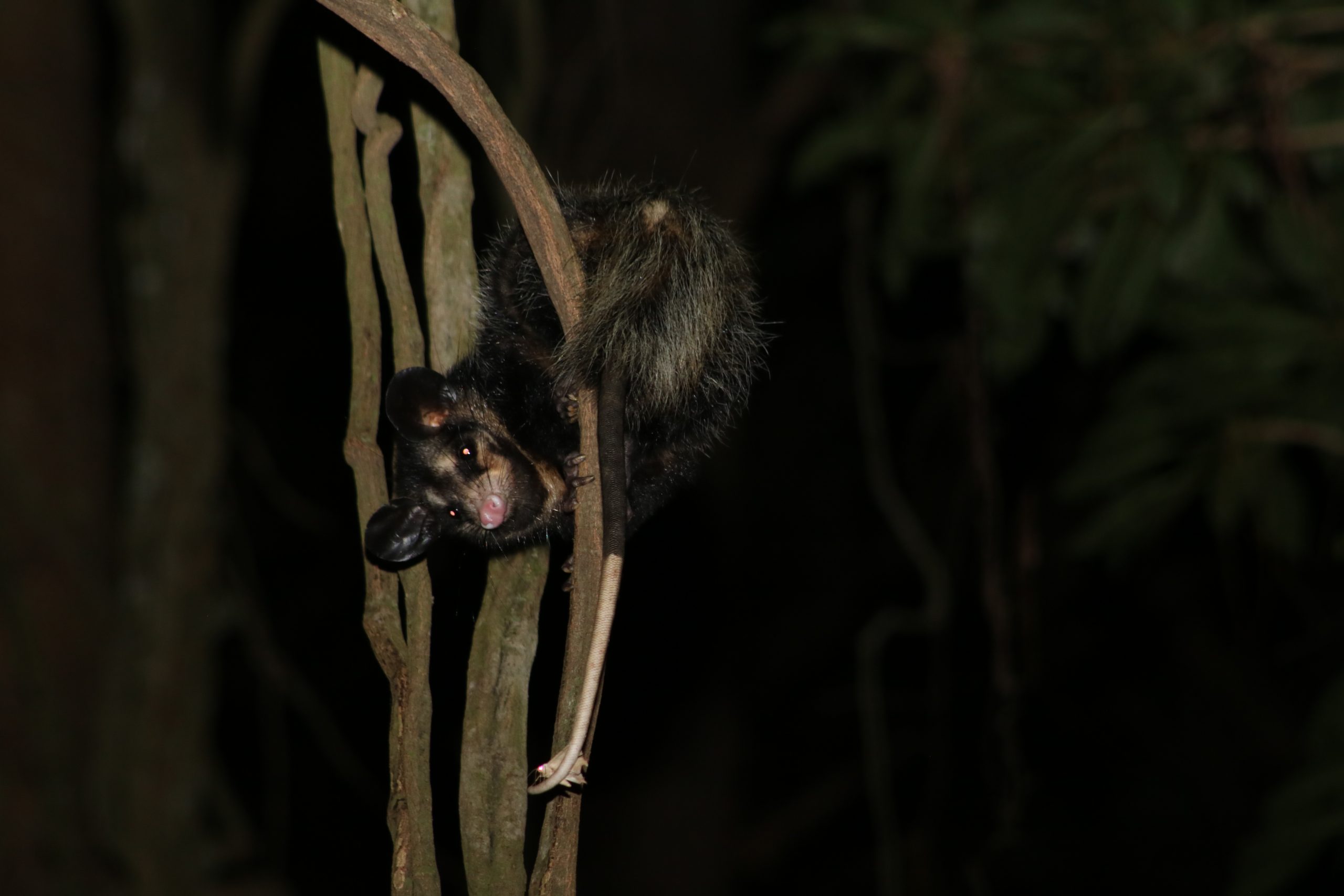 In the early 1990s Patrícia Morellato, a professor at the university, first made the prediction. She and her colleagues studied the plant and they captured an opossum with pollen on its nose. Their observations went unpublished because they did not record or obtain direct evidence of the opossums pollinating the flowers.

Amorim and students involved in the study go into the field to collect footage. Photos courtesy of Felipe Amorim.

The researchers had made the opossum prediction based on “pollination syndrome” – the concept that floral attributes such as color, morphology, scent, and size reflect the adaptation of a plant species to pollination by a certain group of animals. Opossums, having “hands” with opposable thumbs, are capable of peeling back the scale-like leafs covering the flowers of S. fungiforme. The plant does have other floral visitors that act as secondary pollinators once the bracts are removed – bees and wasps dominate the crowd, and also small mammals like mice, but a surprising additional visitor was several hummingbirds. 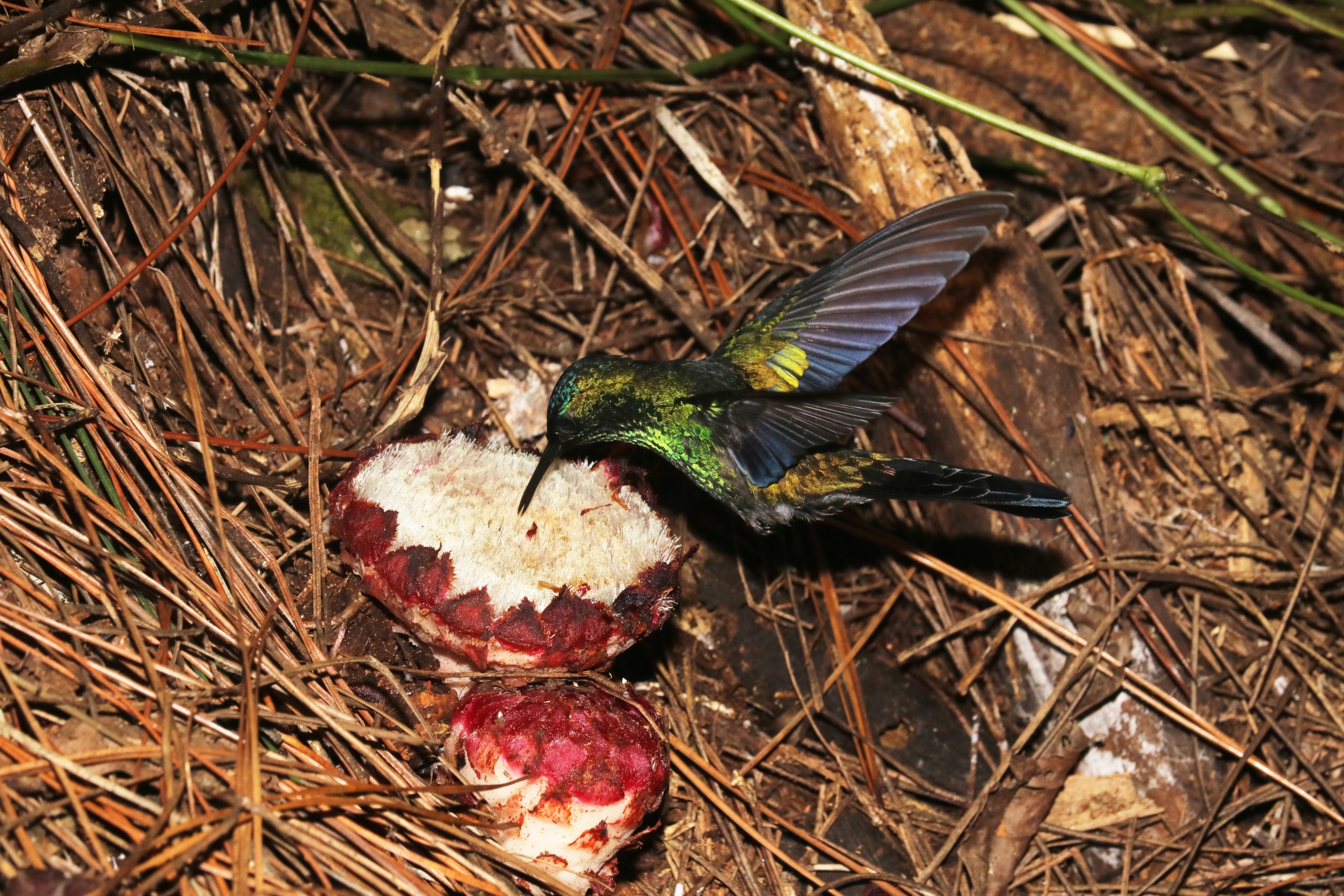