Monica G. Turner served as President of ESA for the 2015-2016 term. She is an internationally recognized landscape ecologist, a member of the National Academy of Sciences, and received ESA’s Robert H. MacArthur Award in 2008. Her field studies and simulation models have provided new insights into disturbance regimes, vegetation dynamics, nutrient cycling, animal movements, and climate change. 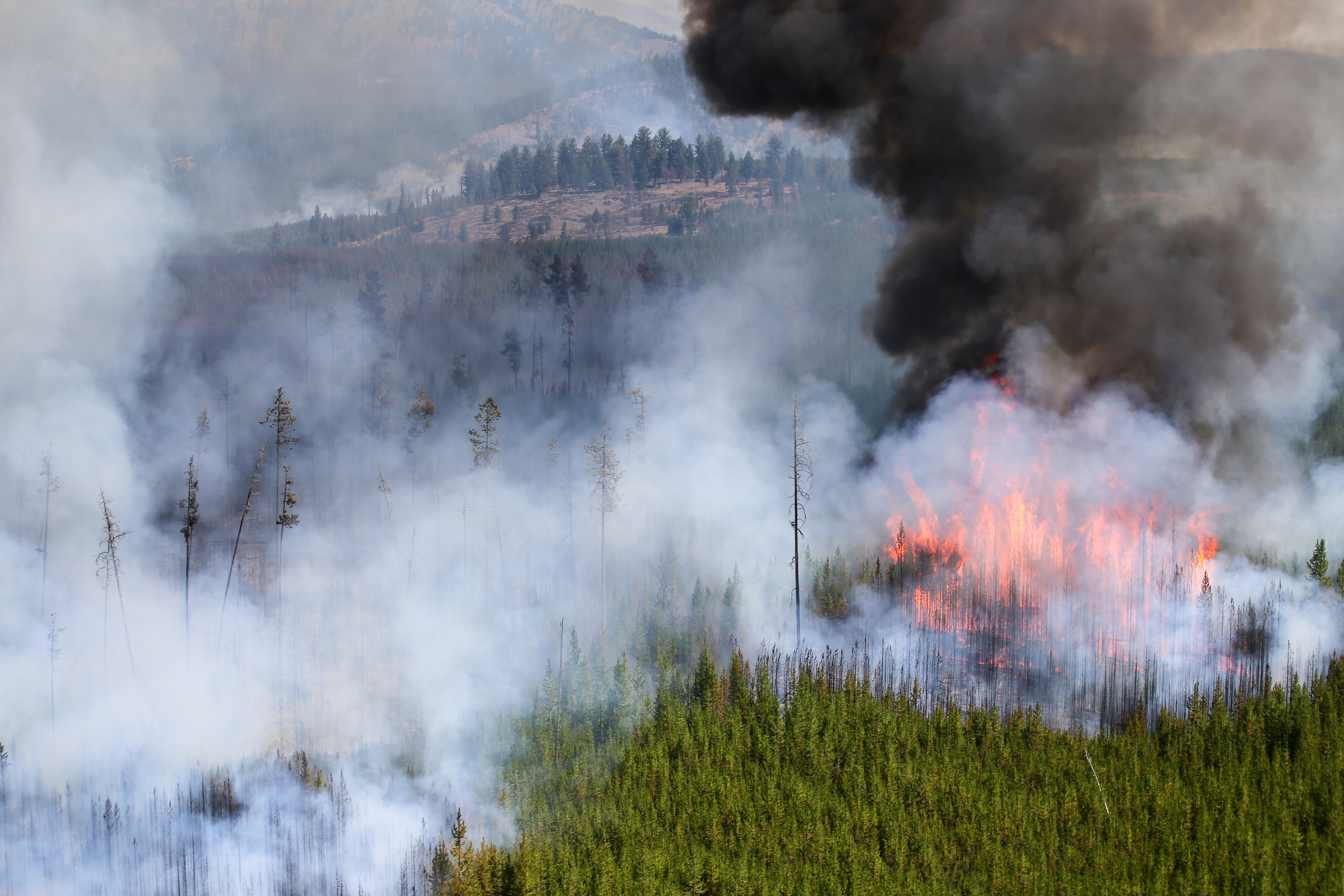 The 2016 Maple Fire burns young lodgepole pine forests that regenerated after the 1988 Yellowstone Fires. Historically, fires in Yellowstone occurred at 100-300 year intervals, but reburns like this are expected to become more common as climate continues to warm. Photo courtesy of the National Park Service.

This summer marks the 30th anniversary of the 1988 Yellowstone Fires. The fires were collectively the biggest wildfire in the national park’s history, affecting over 1200 square miles (36 percent of the park’s land). Monica G. Turner, professor and researcher at the University of Wisconsin, Madison, has studied forests and fire in Yellowstone since the historic fire, and will present new research on recent burns at ESA’s Annual Meeting on Wednesday, August 8, 2:50 P.M. Her talk is part of a session discussing disturbance and recovery in ecological communities.

Studies of the pattern and pace of forest recovery revealed just how well Yellowstone’s native plants and animals are adapted to their historical cycles of disturbance and recovery. However, novel fire regimes have the potential to erode forest resilience (ability to tolerate disturbance without shifting to a new forest state) even in such fire-adapted landscapes.

Lodgepole pine (Pinus contorta var. latifolia) forests have been highly resilient to large stand-replacing fires that historically burned at 100- to 300-year intervals in Yellowstone. However, fires are projected to become substantially more frequent by mid-century as climate warms, increasing the likelihood that forests will re-burn before recovering fully from previous fires.

During summer of 2016, large high-severity fires in Greater Yellowstone re-burned about 70 square miles (a bit bigger than Washington, DC) of young lodgepole pine forests that regenerated after wildfires in 1988 and 2000. Turner and colleagues studied these recent short-interval (16- and 28-year) stand-replacing fires to explore whether short-interval fires were associated with increased burn severity, decreased initial post-fire conifer regeneration, and reduced carbon storage. During summer of 2017, they sampled plots in areas affected by short-interval fires and in nearby young forests that had not re-burned. They expected that short-interval fires would reduce forest resilience because burns would be of higher severity, and that post-fire conifer regeneration and carbon storage would both be substantially reduced.

Watch video explaining her research below, or find the longer version here.