Calling all ESA members. Your Society Needs You!

To nominate your fellow ecologists for society awards and fellowships.

ESA depends on it’s community to put forward a strong pool of candidates representing the breadth and diversity of our field. We strongly encourage nomination of candidates from underrepresented institutions and minorities groups within the discipline. 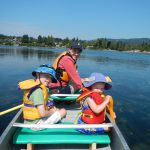 Nominations for awards to authors for specific publications (George Mercer Award, W. S. Cooper Award, Sustainability Science Award) should include a letter of nomination with the full citation, and a copy of the publication (electronic if possible). Nominations for awards to an individual for a body of work (Eminent Ecologist Award, Odum Education Award, Honorary Member Award, Distinguished Service Citation) should include a curriculum vitae, a letter of nomination, and no more than three additional letters of support. Unless otherwise stated, nominees may be of any nationality or place of residence with priority given to ESA members.

To be given full consideration, nominations for awards should be completed by October 19, 2017 and submitted to awards@nullesa.org. We welcome nominations that reflect the diversity of the Society’s membership.

ESA designates as Fellows of the Society certain members who have made outstanding contributions to a wide range of fields served by ESA. Such contributions include, but are not restricted to, those that advance or apply ecological knowledge in academics, government, nonprofit organizations, and the private sector.

Please confirm that your nominee is a current member of ESA; we have had to reject some very worthy candidates because they are not current members of ESA and therefore not eligible to be ESA Fellows

The nomination of an individual to be an ESA Fellow must be made by three members of ESA excluding members of the Fellows Selection Committee. No ESA member can nominate more than two individuals. Nomination packets will be considered for three years in a row without re-submission, although nominators are welcome to submit updated (complete) packets.

Nominations should consist of a SINGLE PDF file and shall be submitted electronically by 19 October 2017 and consist of the following:

Incomplete nominations will not be reviewed.