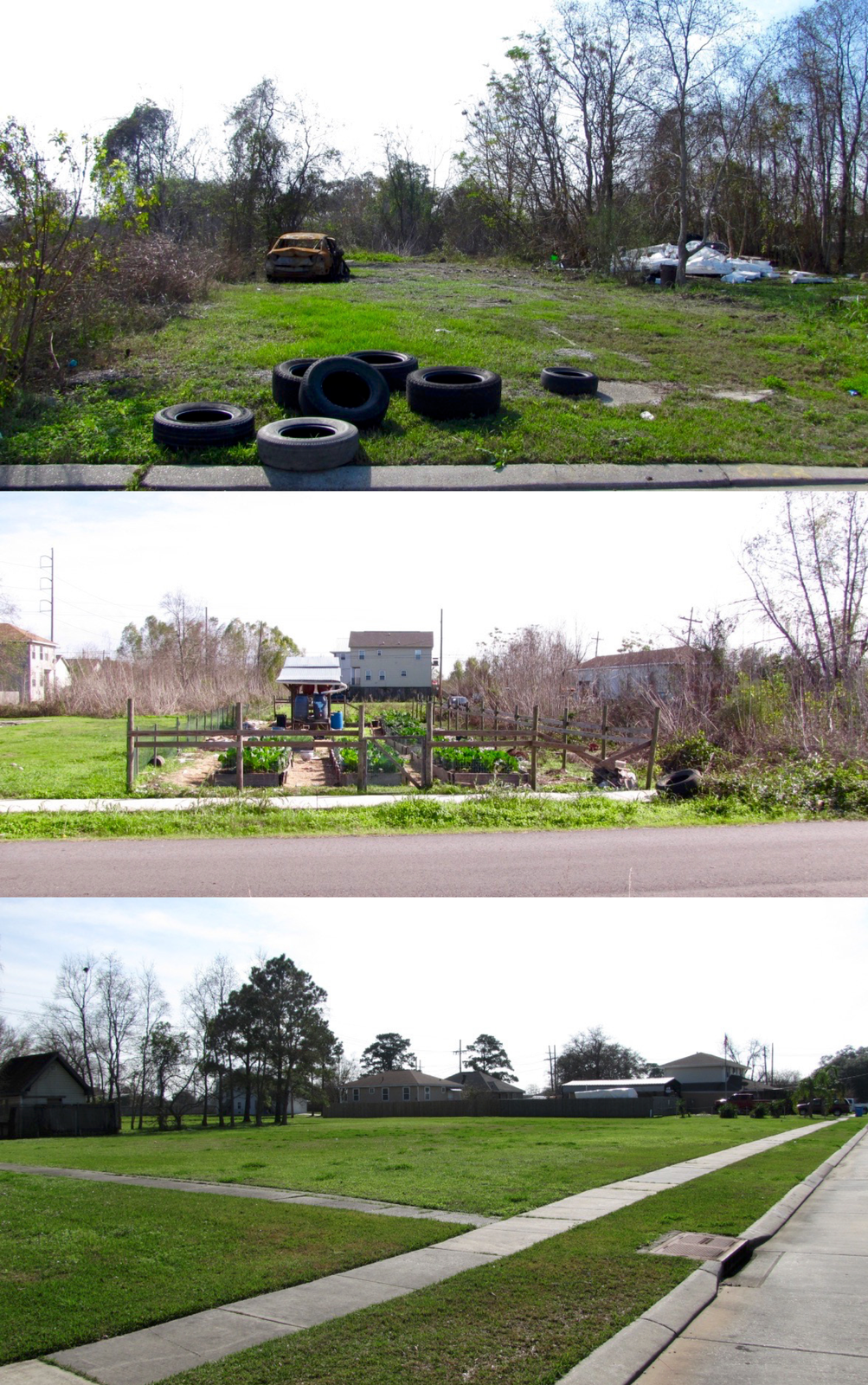 “Observers can be taken in by the post-apocalyptic image that some flood-damaged neighborhoods present over a decade after Katrina. It stimulates the imagination. But local people see it as a failure of public policy and a social problem,” said lead author Joshua Lewis, a research professor at the ByWater Institute at Tulane University and the Stockholm Resilience Centre at Stockholm University.

“For a community that has had thousands of people come back and struggle to rebuild, to reopen schools and churches, it’s frustrating to see their neighborhoods portrayed as disintegrating or losing ground to nature.”

In a study of plant life across New Orleans, the researchers were surprised to find that demographic factors of wealth, race, housing recovery, and land abandonment were better predictors of vegetation patterns than the degree of intensity of flooding and wind during the 2005’s Hurricane Katrina.

“A whole range of neighborhoods and demographics were hit by Katrina. They don’t all have equal access to private capital and ability to navigate housing recovery programs, and that is what we see driving the type of vegetation emerging on these abandoned properties,” said Lewis.

In the wake of Katrina, many of New Orleans’ damaged properties were never rebuilt. Though city and state agencies maintain some abandoned lots as close-clipped lawns, other lots have grown thickets of mostly non-native, opportunistic, or invasive species. The ecological utility of these unplanned green spaces has been noted. Cooling green canopies absorb stormwater and succor songbirds, for example.

But abandoned land may also provide habitat for rats and mosquitoes, and the diseases they carry. These urban jungles can become dumping grounds for junk, harbor invasive species, and present a safety risk, especially for women. The social stigma of unmanaged “green blight” can depress redevelopment and thwart efforts to raise neighborhood prosperity and attract investment.

“New Orleans is a pretty heavily forested city, but the parks and managed green space aren’t evenly distributed. The neighborhoods we’re talking about had relatively low forest cover before Katrina. In hurricane-hit neighborhoods, we now have green space, but it’s space that causes more problems than benefits for the people who live there,” Lewis said.

Lewis and colleagues examined eight neighborhoods, representing a cross-section of demographics and flooding severity, to learn how the current plant life of post-Katrina New Orleans reflects the flooding during the hurricane and post-disaster management. They looked at the age and size of trees and other plants, recording the composition of species at sample sites, conducting interviews, and developing a social database from census data and other metrics. From this data, they assessed the influence of the city’s physical and social geography on regrowth.

Neighborhoods with unmanaged growth do not necessarily have more trees, Lewis said, but they do have a lot of opportunistic and invasive trees and shrubs. The authors noted a striking contrast between the unmanaged plant pioneers dominating lots in the Lower 9th Ward and the cultivated landscape of neighboring St. Bernard Parish. Lawns, ornamental shrubs, and hurricane-resilient native trees are concentrated in wealthier, predominantly white, neighborhoods. Property that has grown wild, but remains privately owned, presents a legal problem for public agencies, which may not have permission to enter and  remove the overgrowth.

“Some municipalities have figured out ways to maintain these lots, regardless of who owns them,” said Lewis, noting that neighborhoods may have different mindsets around government intervention, and political tensions over land management are perennial.

Lewis believes there are ways to transition some neglected lots into stormwater parks, utilizing them for green infrastructure interventions. But accomplishing that will require better knowledge of New Orleans’ specific conditions, political will, and buy-in from skeptical residents who have seen past promises for green infrastructure projects unfulfilled, or worse, seen as an attempt at displacement of residents or neighborhood gentrification. . He also had a cautionary note for scientists conducting research in in cities that have endured environmental tragedies.

“Going in with the idea that the hurricane has created a clean slate for ecology—in an urban setting, that is not the way to approach your research. Urban ecosystems are embedded in sociopolitical dynamics that shape the current conditions, and will continue to do so going forward,” he said.

Once emergent forests are established, mitigation requires cutting everything and replanting with native hardwoods and other native vegetation. Investments are being made, but biologists are several years away from figuring out how to make interventions that are affordable and easily maintained, Lewis said.

“Management and maintenance is the key problem. That’s what we need to sort out here in New Orleans,” Lewis said.