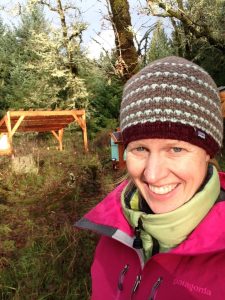 Jennifer Williams stands in front of a drought shelter for an experiment manipulating rainfall in the Garry Oak ecosystem to explore the effects of changing climate on the plant community at Cowichan Preserve (near Duncan, British Columbia, Canada) in December 2015. Credit, Jennifer Williams.

Biological invasions, and migrations of native species in response to climate change, are pressing areas of interest in this time of global change. Fragmentation of the landscape by natural and human-made barriers slows the velocity of spread, but it is not known how patchy habitat quality might influence the potential for evolution to accelerate invasions.

Jennifer Williams, an assistant professor at the University of British Columbia, and colleagues implemented a creative experimental design using the model plant species Arabidopsis thaliana that allowed them to disentangle ecological and evolutionary dynamics during population expansion. Some plant populations were allowed to evolve, while others were continually reset to their original genetic composition. The authors convincingly demonstrate that rapid evolution can influence the speed at which populations spread, especially in fragmented landscapes. 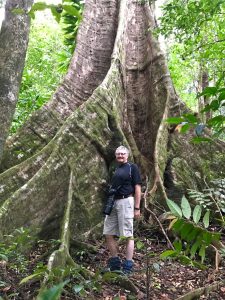 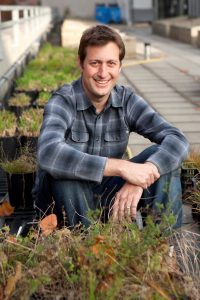