ESA and six other scientific societies sent a letter to President Trump expressing support for the Waters of the United States Clean Water Rule and endorsing an amici curiae brief filed by wetland and aquatic scientists in support of the rule.

A version of the letter was also sent to Congress urging members to defend the Clean Water Rule.

Re: Endorsement of Amici Curiae Brief of Wetland and Water Scientists in Support of the Clean Water Rule

The Society of Wetland Scientists (SWS), American Fisheries Society (AFS), American Institute of Biological Sciences (AIBS), Ecological Society of America (ESA), Phycological Society of America (PSA), Society for Ecological Restoration (SER), and Society for Freshwater Science (SFS) support the sustainable management of the nation’s waters. We are science-based organizations with diverse areas of expertise in the ecological and biological sciences. Our collective 200,000+ members and 130+ professional societies and research organizations work in the private sector, academia, and various tribal, state and federal agencies. As non-profit organizations, we support and foster sound science, education, restoration and management of wetlands and other aquatic resources. Thus, we track policies and actions that affect these aquatic resources and we promote science-based policy-making.

The Clean Water Rule was developed using the best available science, technical experts, and >1,000 peer-reviewed scientific studies. The amici curiae brief describes how wetlands, streams, and adjacent waters significantly affect the chemical, physical, and biological integrity of traditional navigable waters, interstate waters, and the territorial seas. We urge you to repeal the February 28th, 2017 Executive Order pertaining to WOTUS, and encourage you to review the scientists’ amici curiae brief and to defend the Clean Water Rule instead. The amici curiae brief is available at: http://stetson.edu/law/amicicuriae

Wetlands provide many services that promote human well-being including economic and non-economic benefits.  Foremost, they keep our streams, lakes, and groundwater cleaner by ‘treating’ urban and agricultural runoff; this treatment includes reducing the negative effects of pollutants, transforming harmful nitrates into harmless nitrogen gas, trapping sediment, and removing pathogens.  They store water, and thus are a source of water during times of drought.  Many wetlands soak up runoff and floodwaters, which reduces peak flood-flows and avoids costly flood damage.  Lastly, wetlands sustain essential habitat for wildlife, fish, and waterbirds to feed, nest, breed, spawn, and rear their young in ‘productive nurseries.’

The nation’s wetlands cover a tiny proportion of our landscapes (<6% of the lower 48 states), yet they contribute many times their ‘fair’ or proportional share in services to human well-being—often more than 10 times as much as predicted from their area.* Like diamonds, they can be small, but extremely valuable. 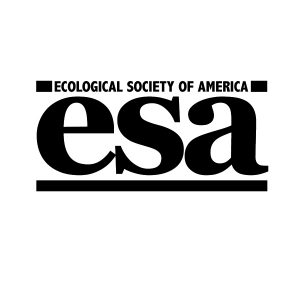