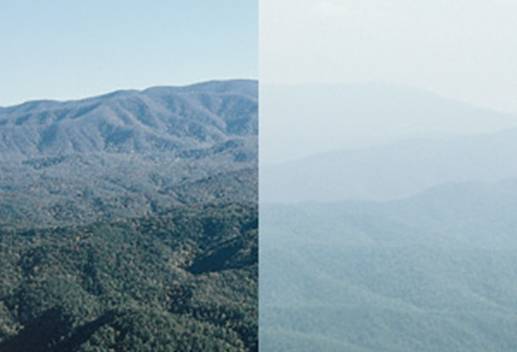 Over 250 NPS units utilize GIS technologies. Natural resource managers use GIS studies to understand the effects visitors have on national parks GIS data at NPS is managed by the GIS Coordinator of the Natural Resource Information Division.

Tracking these indicators is important for promoting the sustainability of park ecosystems and providing a safe and quality experience for park visitors. Unfortunately, NPS reports that “a large proportion of parks warrant significant concern for visibility, ozone, and deposition. Very few parks have air quality that is considered to be in good condition for these indicators.”

Nonetheless, a recent report from the Air Resources Division was conditionally optimistic about the future of national park air quality. The report found that “air quality in parks is expected to improve as states and tribes implement programs to improve visibility in national parks and wilderness areas.” Findings in the report stress that further monitoring is needed to assess impacts on parks from oil and gas development and non-regulated sources, such as agriculture.