When people encounter stray dogs in Jaipur, India, they cross the street to put distance between themselves and a potentially deadly bite. Street dogs are endemic in Indian cities and experience has taught citizens caution. The incidence of rabies in the stray population is uncomfortably high, resulting in about 20,000 human cases every year. Most cities have tried to solve the problem by killing the dogs, but a few communities are now experimenting with capturing, vaccinating, sterilizing, and then releasing the dogs back to the streets.

The more expensive vaccination and sterilization strategy works better, says wildlife biologist Andrew Yoak of the Ohio State University, who presented the results of his work to model and understand the population effects this afternoon at the Ecological Society of America’s 99th Annual Meeting, held this year in Sacramento, Cal.

“If you are trying to stop a disease spread by fighting, you don’t want to create a population vacuum that a bunch of new dogs will rush to fill – leading to a big peak in fights for new territory,” Yoak said.

Sterilization means fewer puppies, but also reduces the number of conflicts with people, because mother dogs bite to defend their puppies. Rabies cases are the most numerous just after whelping season. Kids in poor neighborhoods are the most likely to be bitten. Yoak described ways managers can use modeling and population surveys to get the most bang for their vaccination buck. 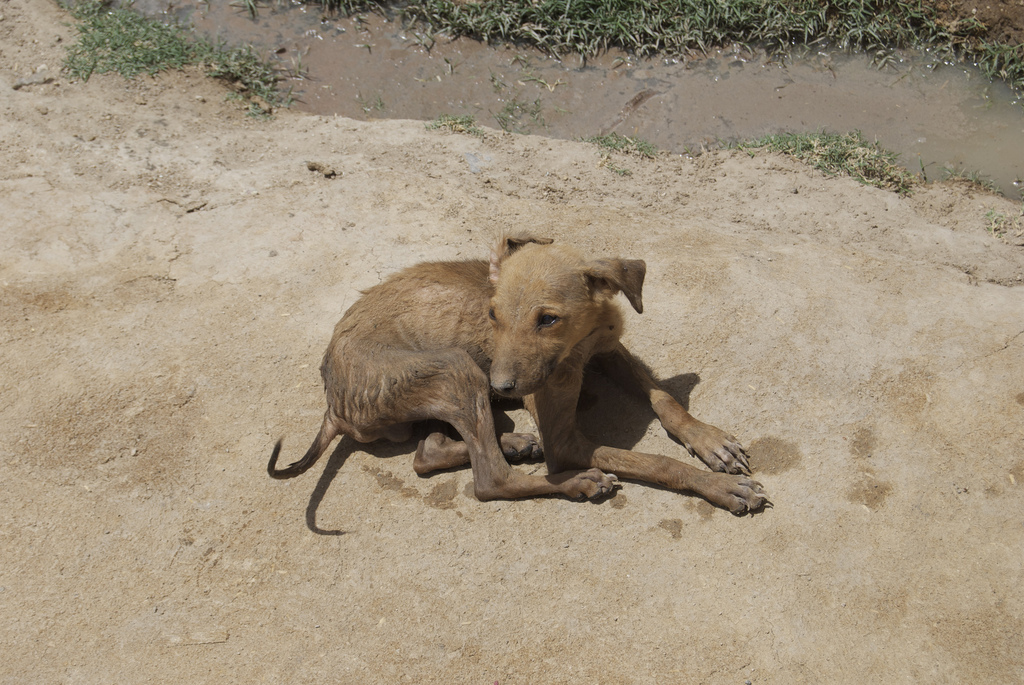 A puppy from a village outside of Jodhpur, India. Credit, Andy Yoak. 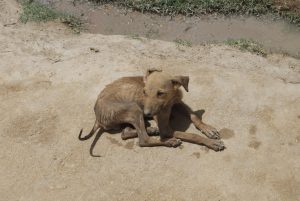