This guest post is by Chris Creese, a member of the “Eco Comm Crew” behind the upcoming “Beyond the Written Word” science communication workshop (#15) at ESA’s Annual Meeting in Sacramento.

See previous posts from EcoComm Crewmates: “Parachuting In: Writing that Drops Readers into the Field of Ecology” by Clarisse Hart, “From Oceans to Mountains, it’s all about Ecology…Communication!” by Holly Menninger, and “3 Reasons Why We Should Tell Stories about Scientists, Not Just Science” by Bethann Merkle. 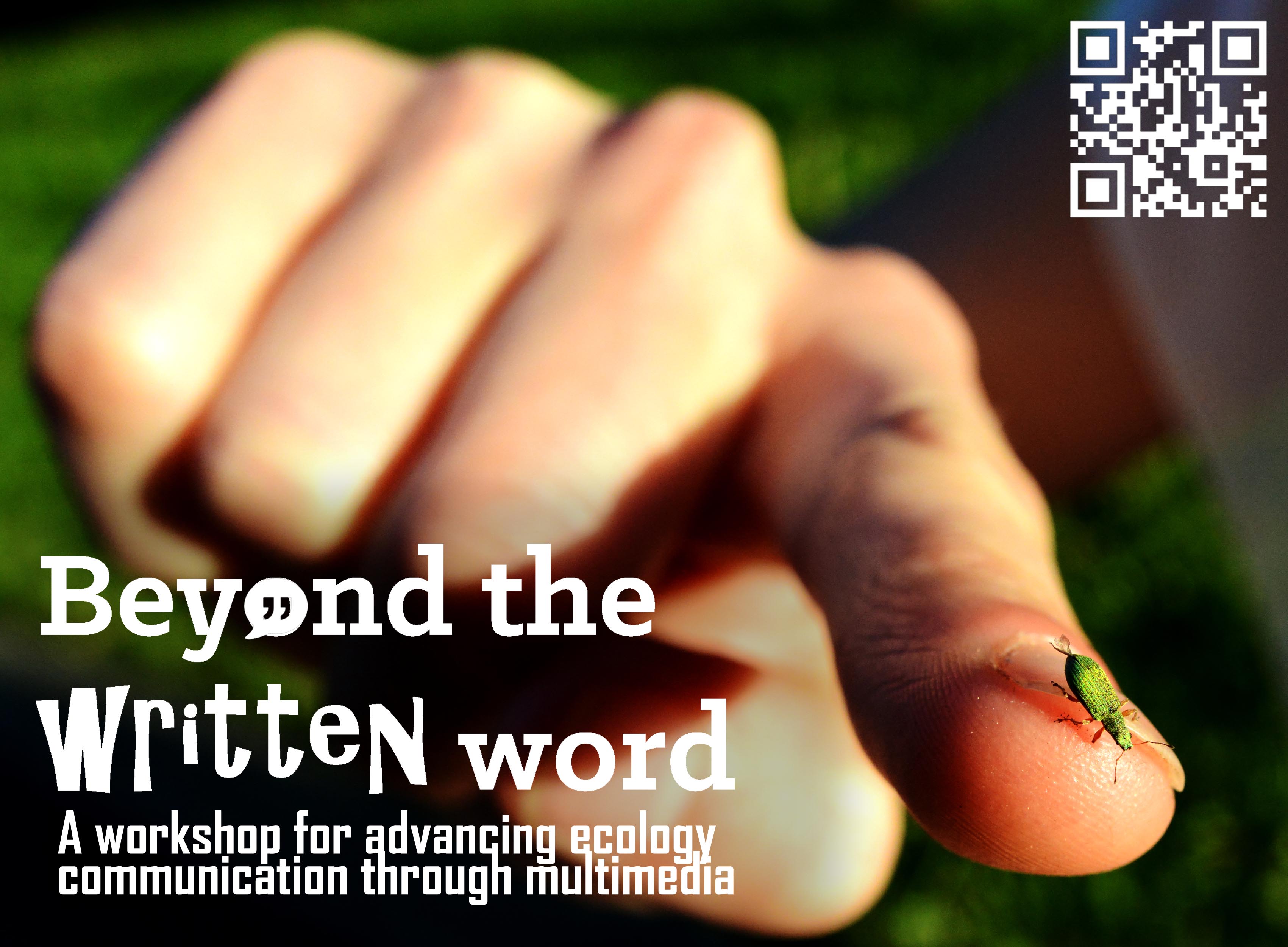 Get ready for some tough love, but I promise this will ultimately uplift you and your science.

How many people know about your research? Is that number even based on hard data or is it wishful thinking? Excluding parents, partners and colleagues… how big is that number now?

With about 2 million science papers published a year1, the question is, who’s really reading them. According to one study, up to half of all papers are never read by anyone other than their authors, referees and journal editors2. That could mean an audience of three, folks! Surely all your toil in the lab and field is worth more than that.

Some of us might be feeling a bit smug knowing we’ve got more than a few followers. Well, cheers if you’re in this group, but keep reading because I’m going to share how you can still massively amplify that number.

Those of us feeling a touch defensive might decide it doesn’t matter how many people follow our work because science isn’t about ego. I agree, it’s about contribution.

The act of generating new information carries some innate value, but a greater sense of contribution comes from knowing where that information goes and what it accomplishes. “Impact” is more than a hook for your next NSF grant.

So how do scientists better communicate their findings to make sure results have legs and reach more people?

Journalists and press officers will tell you that a multimedia toolkit (and knowing how to use it!) is one of the answers. It’s also the focus of our ESA workshop taking place August 10th in Sacramento. This workshop gives you a taste of the different media opportunities available to share your science in compelling ways. By popping in for a few hours of training you’ll be ready to experiment with how to tell your story through photography, audio video (AV), illustration and writing.

Are you ready to capture the imagination of the masses?

The trick, says BBC Science producer Helen Thomas, is to create a “gawk” moment. When you drop jaws with arresting images it’s a lot easier to get your message across. She wasn’t kidding – she showed me and a group of press officers a “sizzle reel” of BBC science coverage that left us breathless. Having hooked our attention she could then chat in greater detail about the anatomy of a good pitch. Producers weighing out whether to cover your science are just like everyone else – they want to be dazzled.3

Lawrence McGinty, former science and medical editor of ITV News, similarly calls for more “visual grabbers”. He thinks good pics, animation of journal article graphics, and video footage establishing the story are key to getting news coverage. These media elements are especially helpful when communicating “blue skies” research that has less of an emotional pull.3 As we know, science isn’t all save the sharks, cuddly pandas, and climate change.

To get news and longer form coverage, talk to your university press office because they can help you with this. In the meantime, the fastest way to start spreading your science is to get cracking on creating multimedia yourself!

Dr. Lindsey Keith, a scientist turned media producer and CEO at The Refinery, points out that while professionals cover science the best, scientists don’t have to wait for professional coverage to get their stories heard. With some basic tools, she thinks we can make stuff ourselves that gets the message out.3

This is where our workshop picks up – with an orientation on how to tell a good story and the basics of how to capture it with multimedia. Then we’ll get our hands dirty and practice what we’ve learned by covering a science story at the meeting and posting these projects to the workshop website and EcoTone blog.

So what are you waiting for? Get registered.

With your media projects online and in the news, your contribution will grow exponentially, and the metrics will give you a better sense of how many people actually know about your work. In addition to being worthwhile and fun as hell, the next time your equipment or R script fails, this stronger sense of contribution will keep you going!

We hope you’ll join us in Sacramento.

Click here to learn more and register for the workshop.

1 The stm report – an overview of scientific and scholarly journal publishing, by Mark Ware and Michael Mabe, November 2012.

2 The rise and rise of citation analysis, by Lokman I Meho, Physics World, January 2007.

3 TV news – how to get your science story on the box, event hosted by STEMPRA at University College London, 17 July 2014.

Related resources recommended by the team that you might find helpful:

Chris Creese is a freelance journalist and science communicator with a biology PhD. Her media work includes presenting The Science Show on Cambridge 105, producing the monthly podcast for SciDev.Net, and shooting science videos for the Royal Society and University College London. She also assists Sense About Science and the Science Media Centre to improve scientific literacy.

Chris is one of the organizers for the upcoming Beyond the Written Word: Advancing Ecology Communication through Multimedia workshop at this year’s meeting. This post is the fourth article in the Ecotone series on advancing communication in ecology. Click here to see all articles in the series.

Header photo by Bethann G. and Jerod A. Merkle. 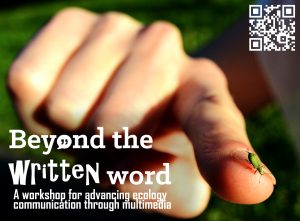