These are not your urban lawn flamingos!

Madhusudan Katti won this year’s ESA Science Café Prize with his lyric contemplation of the wildlife living alongside us in urban spaces, and the necessary participation of cities in the future of biodiversity on planet earth.

Katti is a professor at California State University Fresno and records occasional radio essays for Valley Public Radio. He tweets prolifically as @leafwarbler and blogs at Reconciliation Ecology. 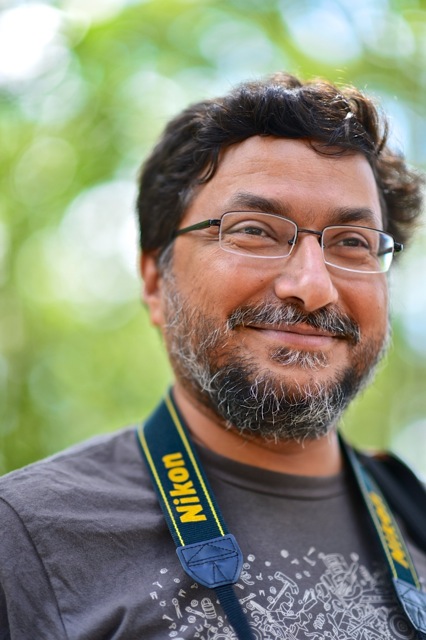 Mention wildlife to a city dweller and images of remote nature will probably come to mind – not an empty lot around the corner. Wildlife, after all, should occur in wild places. But cities can support many species and this has implications for conservation efforts.

On a crowded planet, protecting species in their natural habitat is proving increasingly difficult. By 2030, cities are expected to occupy three times as much land as they did in 2010. Remaining natural habitats are often fragments caught in this global web of cities connected by transportation networks. With the number of species going extinct on the rise, we must consider the potential of urban environments to support wildlife.

I am part of a new global network of urban ecologists and naturalists—UrBioNet—compiling biodiversity data to assess how many species manage to survive in cities worldwide. Our recent analysis of plant and bird diversity found that cities have lost an average of one-third of the species native to their region. While this is worrying, it is worth noting that two-thirds of the native species continue to occur in cities that were never designed to support wildlife. In fact at least 20% of the world’s known bird species now occur in urban areas, as do at least 5% of the known plant species.

With more conscious green landscape designs, imagine how many more of the native wildlife we might accommodate in our cities? Wildlife conservation can indeed start at home on our urban planet. 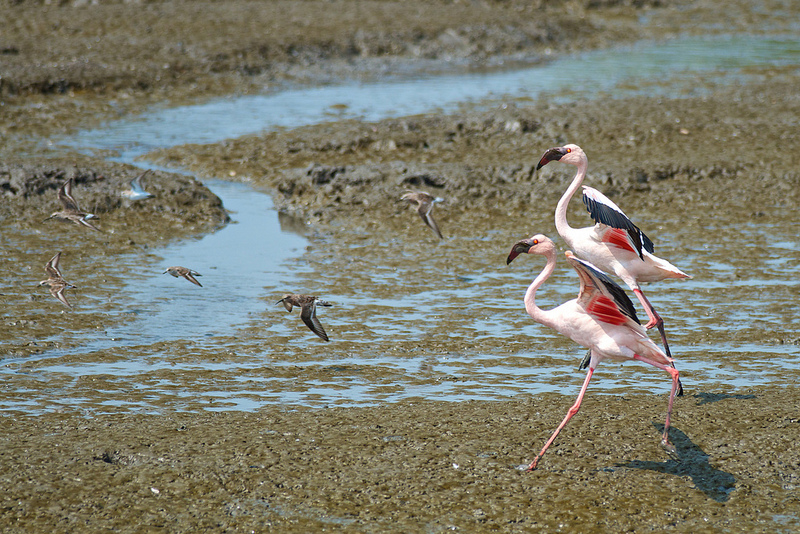 These are not your urban lawn flamingos! This pair dancing in the low tide in Mumbai’s busy harbor are Lesser Flamingos, considered near-threatened species due to declining populations in Africa and India. Yet, over the past decade, some 10-25 thousand of them have been turning up in Mumbai’s Thane Creek to spend the winter right in the middle of a megacity of over 20 million people. I photographed this pair just a year ago at Sewri Port, an industrial dockyard area known more for repairing boats than harboring such wildlife, which now teems in the creek’s recovering mangroves. Credit, Madhusudan Katti.