Managing water with natural infrastructure: win-wins for people and wildlife 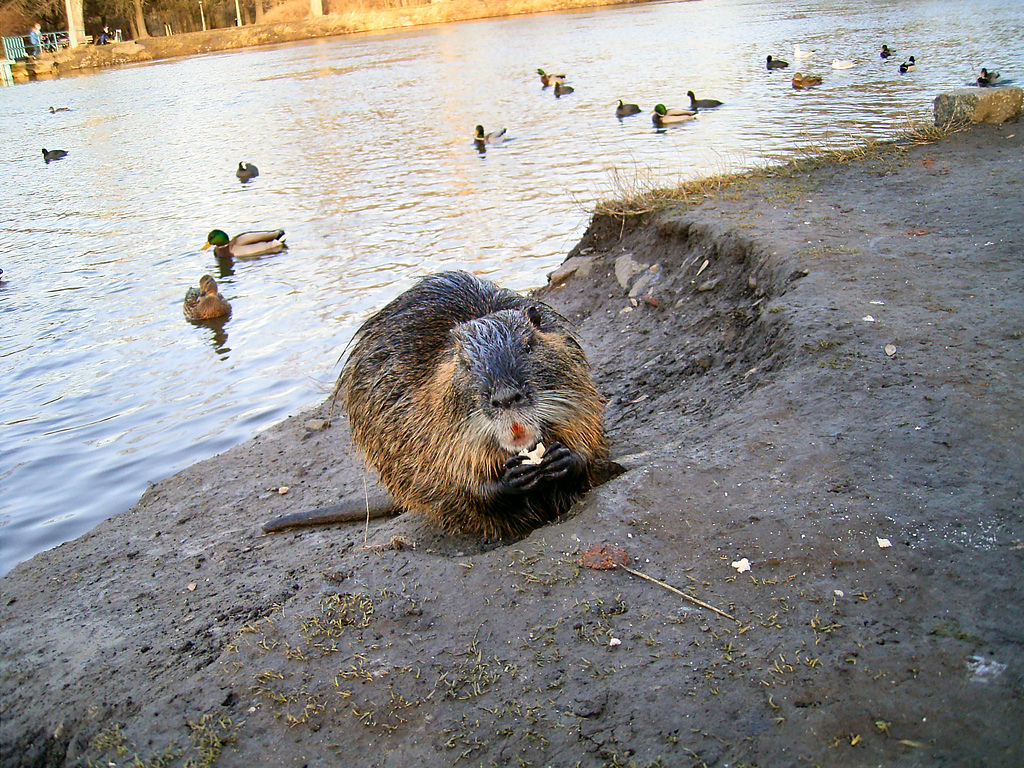 The US Senate is moving forward with a new Water Resources Development Act, a comprehensive bill that authorizes funding for Army Corps of Engineers projects related to flood management, environmental restoration and other water resources infrastructure issues. The bipartisan legislation (S. 601) is sponsored by Senate Environment and Public Works Committee Chairwoman Barbara Boxer (D-CA) and Ranking Member David Vitter (R-LA). In light of this, the Consortium for Aquatic Science Societies recently held a congressional briefing that highlighted problems with aquatic invasive species and “natural infrastructure” solutions.

David Strayer, Senior Scientist at the Cary Institute for Ecosystem Studies discussed the varied ways in which invasive species can harm ecosystems, recreation and tourism for communities living alongside major waterways. Invasive species cost the US economy $100 billion a year and cause significant lasting ecological changes, often hindering  recreation and leading to proliferation of less desirable  wildlife.

Among the most costly of these is the zebra mussel, which has cost industry and business billions since its initial introduction to the United States several decades ago. The mussels damage boats, invade water treatment and power plants and clog pipes.

Strayer noted that reservoirs, alteration of water flows in rivers and streams and fish stoking (which can unintentionally include contaminants and undesirable wildlife) can buttress proliferation of invasive species. He praised language in the new WRDA legislation that would establish a program to mitigate invasive species in the Columbia River Basin and manage invasive plants in the northern Rockies and urged support for an amendment recently incorporated into the bill from Sen. Kirsten Gillibrand (D-NY) that would seek to restrict invasive species from dispersing into the Great Lakes.

Emma Rosi-Marshall, also with the Cary Institute on Ecosystem Services, focused her presentation on the general ecology of rivers. Many animals, including salmon and sturgeon, adapt their migration and breeding patterns on the dynamics of rivers. She also expanded on the important role of natural infrastructure such as wetlands and floodplains in mitigating floods and controlling erosion. Dams, while providing services such as water storage and power generation, can also disrupt wildlife migration and alter the manner in which sediment and nutrients are delivered along waterways. These alterations can impact fish abundance as well as contribute to marsh habitat loss, said Rosi-Marshall

Colin Apse, Senior Freshwater Conservation Advisor with the Nature Conservancy (TNC) discussed the successful collaboration efforts between TNC and the Army Corps of Engineers. Among these efforts was conservation locking along the Apalachicola River, which was used to restore a population of Alabama shad that was once a candidate for listing under the Endangered Species Act. The practice involves allowing fish to pass through dams using the same lock system used for ships. The marked increase in shad numbers, a key food source for bass, helped  the local bass fishing industry.  Apse also highlighted a dam operation along the Green river in Kentucky that mimics the preexisting natural patterns of river flow. The solution not only sustained flood protection and improved area fish populations, but it also extended the reservoir’s recreational access by a month.

Among his comments on the new WRDA bill, Apse requested the inclusion of new “natural infrastructure” language that would allow the Army Corps to consider non-structural approaches to reduce the risk of damage caused by extreme weather and natural disasters events.

In 2011, the Ecological Society of America held a similar briefing following the catastrophic floods that occurred that year.