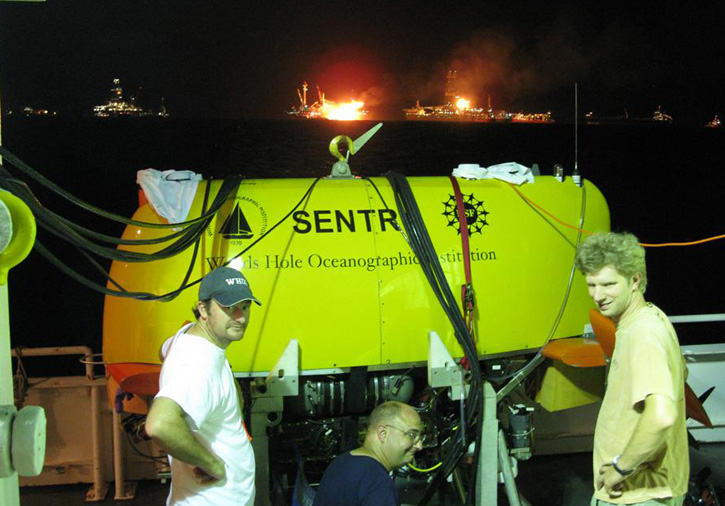 This fall has seen the endgame of the US Justice Department’s civil case against British Petroleum and eight partners in the matter of the Deepwater Horizon oil well blowout, likely to be settled soon, according to the Wall Street Journal. The Justice Department is suing under the Clean Water Act for damages from the 2010 accident, which killed eleven men and spilled a net 4.2 million barrels of crude into the Gulf of Mexico, endangering the people, wildlife, and ecosystems of the gulf. The case was scheduled to go to trial in January 2013.

In an August memorandum, the JD accused BP of gross negligence. BP could be liable for between $5.4 billion and $21 billion in this case [update to clarify: $21 billion under the Clean Water Act alone; as John Kostyak points out in the comments, the defendants may face further liability under the Oil Pollution Act, among others. Settlement negotiations involve tradeoffs in penalties (it isn’t clear that the OPA fines won’t be levied instead of, rather than in addition to, CWA fines), and as OPA fines count as a tax write-off, and CWA monies mostly go to the States, with less stringent requirements that they be applied to environmental remediation, the political pressures are complex. Dare I say, Byzantine? Louisiana is now asking for a separate trial. The WSJ reported that the government is negotiating a combined settlement for criminal penalties. I urge interested readers to click through to the story for details], and also faces a class action suit on behalf of coastal businesses. Its liability under the CWA is dependent on the volume of oil spilled (and findings of negligence) – a number which is, naturally, under dispute.

Scientists from the Woods Hole Oceanographic Institute have found themselves uncomfortably caught up in the legal proceedings after volunteering expert assistance during the emergency. Called upon to help in assessing the failure of the blowout preventer and measuring the rate of oil flow from the broken well, first by BP and later by the US Coast Guard, the scientists have been pushed into taking a side in the case when their findings were seen as unfavorable to the defendants. BP is, in any case, treating them as hostile witnesses.

Last Spring, defense council subpoenaed more than 3000 emails that passed between oceanographers Christopher Reddy, Richard Camilli, and their colleagues during the exploration and data analysis, and in communication with editors and peer reviewers during publication negotiations. The team had already supplied BP with 52,000 pages of data and other materials used to reach their conclusions.

“When BP sent its subpoena it stated that it was interested in trying to understand our work better. Then in later filings, they made accusations of misconduct,” Camilli told NPR’s On the Media host, Brooke Gladstone. “So there’s this question of, are they trying to understand, or impugn?”

It seems that they are trying to impugn. The Boston Globe reported that BP called the WHOI team’s work “fundamentally flawed” and said the researchers made “puzzling, apparently arbitrary, suspiciously offsetting” choices in their analysis. Because the scientists are not litigants or expert witnesses, they have no opportunity to defend their reputations in court.

A June 14th Nature editorial warned that scientists “discussing their work through written media, including e-mail, should be aware that they could at any time be asked to reveal their conversations.”

This matters, said Camilli, because picking through scientists’ behind-the-scenes conversations for incautious or imprecise statements will force scientists to be—well, cautious, and less candid. Camilli figures that BP is looking for signs that the team disagreed with each other, or changed their conclusions during the course of the investigation. And they could find such evidence, out of context, he says, because as in any scientific investigation, the team argued with each other, played devil’s advocate, and refined their methods. It would be possible to identify contradictions, or times of uncertainty. But this does not mean that they do not stand behind their final report, the authors say.

Furthermore, through the private correspondence the petroleum giant gains access to intellectual property that the scientists would not voluntarily provide, including descriptions of deep sea observation technology and robotic navigation, Reddy and Camilli say.

Camilli and Reddy protested the subpoena in a June 3 Op-Ed for the Boston Globe, explaining why they think the courts should have probable cause for misconduct before requiring scientists and scientific journals to turn over this type of information. WHOI has made a statement in support of its staff. In September, Jeffrey Seewald, Andy Bowen, and Dana Yoerger joined them in a Science policy forum reviewing their experience and others like theirs.

Personal correspondence has been subpoenaed by the prosecutor as well, including texts from former BP engineer Kurt Max. The texts implied foreknowledge that BP’s attempt to cap the well would fail at the estimated flow rate. BP has attempted to withhold its own internal estimates. Max has been charged with destroying evidence. Three BP executives have invoked fifth amendment rights to refuse testimony this October.

BP posted a $5.5 billion net profit in the third quarter.