The American alligator and its importance to the Florida Everglades 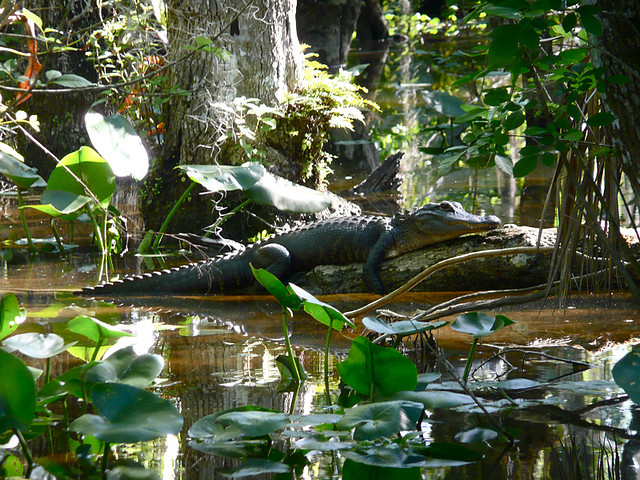 Critics of the Endangered Species Act have sought to brand it as unsuccessful saying that only one percent of species listed have fully recovered and been delisted since it was first enacted. In response, the Center for Biological Diversity (CBD) released a report entitled “On Time, On Target: How the Endangered Species Act Is Saving America’s Wildlife,” documenting the successful recovery of federally protected species. The study notes that, on average, it takes species several decades from their initial listing to fully recover. The CBD report concludes that 90 percent of species currently listed under the Endangered Species Act are on track to meet recovery goals set by federal scientists.

A noteworthy success story among the “one percent” is the American alligator (Alligator mississippiensis). The American alligator was first listed as endangered in 1967, due to poorly regulated hunting and habitat loss. It was among the landmark “Class of ’67,” the first class of 78 species to warrant federal protection under the precursor to the existing endangered species law. Delisting of the alligator species began in 1975 in certain parts of Louisiana and it was delisted throughout the remainder of the South by 1987.

Among the last remnants from the age of the dinosaurs, this reptile is the central focus of study for Adam Rosenblatt, one of this year’s three Ecological Society of America (ESA) Graduate Student Policy Award winners. Adam Rosenblatt discusses his research on the American alligator and its importance to the Florida Everglades in a recent edition of The Ecologist Goes to Washington podcast. 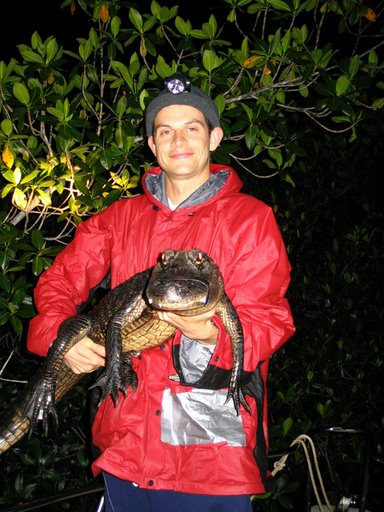 As the top predator of the Everglades, says Rosenblatt, alligators have a large impact on the ecosystem through their interactions with and consumption of other animals. He notes that in addition to its importance to recreation and tourism, the Everglades are the primary drinking source for South Floridians.

Perhaps the greatest contribution the alligator makes to the ecosystem and its inhabitants are ‘gator holes’ that adults create and expand year by year. These submerged depressions tend to stay full of water throughout the dry season and even extended droughts, providing 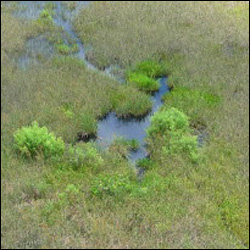 critical sustenance for fish, insects, snakes, turtles, birds and other wildlife that inhabits the ecosystem.

Thus, sustaining the prevalence of the wild American Alligator population is critical for sustaining the Florida Everglades and all the life, humans included, that depend on it.