Spreading Green fire one community at a time

Directly following a recent showing of the new film Green fire about Aldo Leopold, a woman in the audience confessed that she had “never heard of the man,” in spite of being an active member of several environmental organizations that Leopold had either helped establish or heavily influenced.

That’s just one of the reasons Stanley Temple is spending much of his time traveling around the United States to show and discuss the film.   Temple is Professor Emeritus of conservation, forest and wildlife ecology, and environmental studies at the University of Wisconsin, Madison and senior fellow and science advisor with the Aldo Leopold Foundation.  He’s visiting communities around the country to introduce Leopold and his ideas to audiences who may never have heard of the man who was a key figure in shaping American approaches to managing natural resources; the pioneer of the field that would become known as wildlife ecology and management.

Leopold is best known as the author of A Sand County Almanac, which wasn’t published until after his death in the late 1940s.  Sales were initially feeble—Americans were not ready for Leopold’s essays on “one man’s striving to live by and with, rather than on, the American land.”  But when it was reissued as a paperback in the late 1960s, Americans and others around the globe had caught up with Leopold; the book has sold over two million copies in ten languages.

Leopold was a Yale-trained forester who, as noted by Temple, never stagnated in his thinking.  In fact, over the course of his 61 years, Leopold changed his view in several areas, perhaps most notably, his ideas about predators.  At the beginning of his career, he had promoted killing of wolves in the American Southwest.   Later in his career, Leopold shifted 180 degrees in his thinking, recognizing the key role predators play in a healthy ecosystem.  This shift is captured in A Sand County Almanac:

“We reached the old wolf in time to watch a fierce green fire dying in her eyes.  I realized then, and have known ever since, that there was something new to me in those eyes—something known only to her and to the mountain.  I was young then, and full of trigger-itch; I thought that because fewer wolves meant more deer, that no wolves would mean hunters’ paradise.  But after seeing the green fire die, I sensed that neither the wolf nor the mountain agreed with such a view.”

Last Friday, Temple showed Green fire in Reston, Virginia, one of the country’s few planned communities, and one which is facing big changes.  Reston lies in the heart of Northern Virginia’s tech corridor, and with the Washington metro soon opening new stations there, it is on a track for denser living as low-level buildings and open areas sprout into high rise apartments and condominiums.

Many people were drawn to Reston because its design includes a mix of housing options while conserving open space; Reston has the unusual distinction of having been designated a backyard wildlife habitat community.  As a Reston resident, I appreciate the unusual amount of green space and the fact that animals such as the Great Horned owl and legions of woodpeckers still live around us, despite Reston’s proximity to Washington, DC, clogged highways and dense developments.  It seems an apt time to bring the ideas of Leopold to this and other communities who face similar pressures of how to balance development with quality of life and environmental health.  Last Friday’s Green fire showing was co-sponsored by the Reston Association, Sustainable Reston, Northern Virginia Conservation Trust, and the Ecological Society of America.

Green fire offers more than simply a tour through Leopold’s life.  It weaves the concepts of family and community throughout the film and showcases contemporary applications of his ideas in settings that include Chicago community gardens.

Temple says he prefers showing the film in intimate settings more conducive to meaningful discussions.  Friday evening at Reston’s Nature House was just his style.  At capacity with its audience of 40, people weren’t shy about launching into comments and questions about the film once Temple resumed the floor as the film credits rolled.  Some had straightforward questions, such as how to obtain a copy of the film—one woman said she would like to share it with her congregation and Temple noted the connection between a land ethic and religion.  Others were curious what Leopold would have made of current environmental problems, such as climate change.

Temple talked about some of the diverse settings in which he’s shown the film, noting that in Idaho he had been advised that three men in the audience might heckle him, since they were opposed to wolf conservation.  However, they did not disrupt the discussion, and afterwards, Temple went up to them to ask them what they thought of Green fire.  One of the three flippantly responded that he was “gratified to learn that Leopold had shot two wolves.”  But another acknowledged that it helped him understand “where the other side was coming from” even if he didn’t agree with the viewpoint.  Temple thinks that counts for something, that the film is making a difference.

As the evening in Reston drew to a close, someone asked Temple what he thought Leopold would have advised about some of Reston’s land use problems.  Temple referred to a segment of Green fire that addresses Leopold’s contention that “nothing so important as an ethic is ever written.”  Rather, “it evolves in the minds of a thinking community.”  The Leopold Foundation hopes that communities apply Leopold’s ideas to their own situations.  Temple offered one of his favorite Leopold quotes as a general guidepost:

“Examine each question in terms of what is ethically and aesthetically right, as well as what is economically expedient. A thing is right when it tends to preserve the integrity, stability, and beauty of the biotic community. It is wrong when it tends otherwise.” 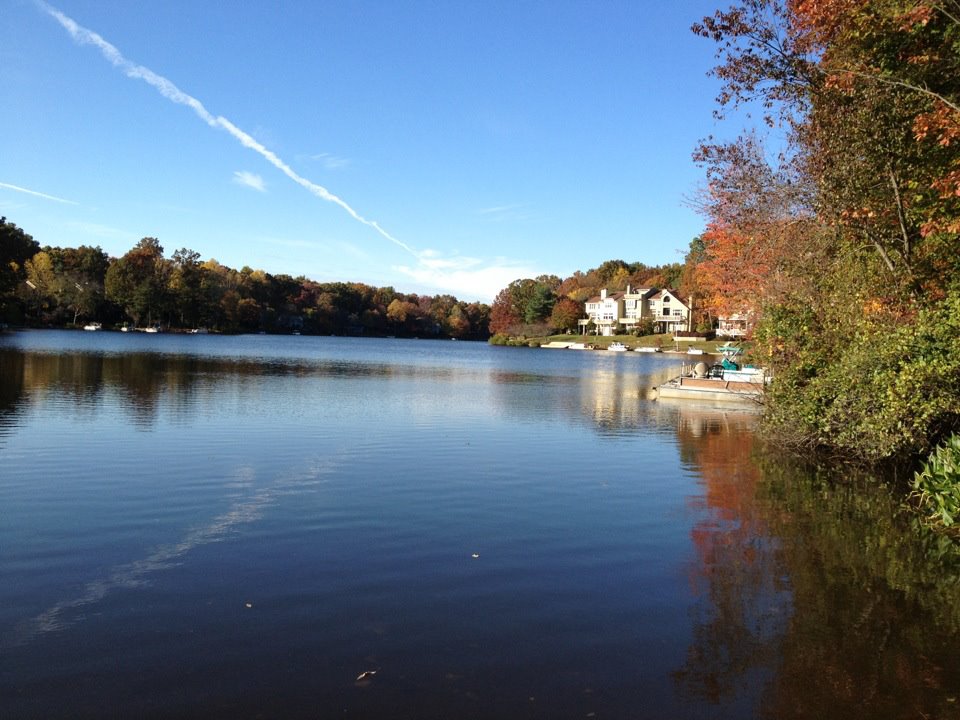