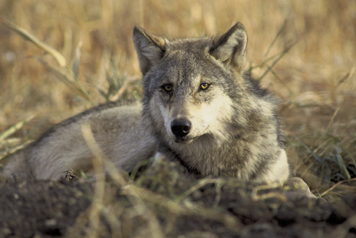 The United State Fish and Wildlife Service’s (FWS) recent decision to remove the gray wolf from protection under the Endangered Species Act in the Great Lakes states of Minnesota, Wisconsin and Michigan has been met with a wide array of praise from policymakers and conservationists alike, including Defenders of Wildlife and the Natural Resources Defense Council. Aside from some concerns about species classification of the population, the move has been met with substantially less criticism than the unconventional legislative action that mandated the delisting of gray wolves in areas of the Northern Rockies.

The gray wolf was first granted federal protection after enactment of the Endangered Species Act of 1973. In 1978, the Minnesota population of gray wolves was re-classified as “threatened” under the Act while gray wolves throughout the remainder of the continental United States were listed as “endangered.” The law afforded the wolves protection from unregulated killing and resulted in increased scientific research on wolves as well as education efforts that increased public understanding of the animals.

At the time of the Act’s enactment, there were only a few hundred wolves in Minnesota and a small number on Isle Royal, Michigan. Since that time, the Minnesota populations have expanded into new packs that migrated into Wisconsin and the upper peninsula of Michigan. Combined, there are now over 4,000 wolves in the three states.

Each of these states has designated federally approved population minimums for its wolves. According to the FWS, Minnesota’s management plan would allow the state’s population to drop from nearly 3,000 to as low as 1,600 wolves. In Wisconsin, where there are an estimated 782 wolves, the minimum population management goal is 350 in areas outside of American Indian reservations. Michigan has set a minimum of 200 wolves from its current population of 687. This new designation does not have any effect on the current federal status of wolf populations outside the Great Lakes’ “distinct population segment.”

But what’s to prevent these wolves from being hunted and killed to the point where they have to be reinstated as threatened under the Endangered Species Act? The FWS has published a monitoring plan to track wolf populations in the Great Lakes area. In collaboration with a number of other U.S. federal agencies, including the Forest Service, Geological Survey, and Park Service, the FWS will continue to monitor wolf populations in the Great Lake states for a minimum of five years to ensure that populations remain robust.

These federal agencies will work closely with tribal natural resource agencies and the respective state wildlife agencies to monitor wolf populations for threats, including diseases and human-caused mortality. If the status of the gray wolf appears to again necessitate Endangered Species Act protections, FWS has the power to initiate the normal or emergency listing process.

The gray wolf remains endangered in the states of Colorado, Nebraska, Nevada, New Mexico, North Dakota, South Dakota and parts of Oregon, Utah and Washington. The final rule to delist the Great Lakes wolves will take effect January 27, 2012, 30 days after its publication in the Federal Register.