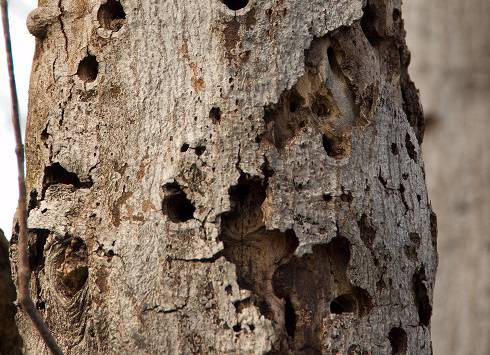 The United States “war on terrorism” mobilized the federal government to take action to prevent a recurrence of the events of 9/11/01. Ten years and just over a month later, efforts that span two presidential administrations have led to a country that is more secure against one of Earth’s most dangerous species: humans. Unfortunately, an unwanted side effect has been a jump in the infiltration into the U.S. of countless other species that pose an entirely different kind of threat.

A recent analysis by the Associate Press (AP), found that in the years since 9/11, scientists that were once responsible for curbing the entry of invasive species at U.S. borders have been reassigned to anti-terrorism efforts after the formation of the Department of Homeland Security (DHS), established under the Homeland Security Act of 2002 (P.L. 107-296). In 2003, as laid out in the bill’s provisions, many APHIS agricultural border inspectors were transferred from the Department of Agriculture to U.S. Customs and Border Protection, a unit of the U.S. Department of Homeland Security. As a result, the number of pest cases intercepted at U.S. ports of entry fell from over 81,200 in 2002 to less than 58,500 in 2006. The numbers have since steadily risen again after complaints from farm industry and lawmakers.

As highlighted in a recent EcoTone post, invasive species can be serious burden on the economy as clean up costs for individual species can number anywhere from hundreds of thousands to millions of dollars. The AP article notes that the most problematic overseas imports are fruits, vegetables and spices, which can carry insects, their larvae or contagions capable of decimating crops. The article states that crop-threatening species has spiked from eight in 1999 to at least 30 in 2010.

The Center for Invasive Species Research (CISR) reports that since 1991, the silver-leaf whitefly has cost an estimated $500 million to California agriculture, translating to “roughly $774 million in private sector sales, 12,540 jobs and $112.5 million in personal income.” Nationally, the fly’s damage has been estimated to be in excess of $1 billion.  CISR also found that the red palm weevil, first identified in the United States in August 2010, poses a “serious threat” to ornamental palm tree sales, which contribute $70 million to the California economy and $127 million to the Florida economy each year.

A recent study found that wood boring insects, such as the Asian long-horn beetle, reportedly cost more than $3.5 billion in losses, including $1.7 billion to local governments, $1.59 billion to homeowners, $130 million to forest landowners and $92 million to the federal government. The same study concluded there is a 32 percent probability that another destructive species of wood-boring insect will arrive in the next decade.

Invasive species can also become vectors for entirely new threats to public health. The West-Nile virus is one example of a disease previously non-existent in the United States prior to the importation of non-native mosquito species in the late 1990s. Non-indigenous aquatic plants are also capable of altering water flow in lakes and streams, benefitting disease-carrying mosquitoes. Additionally, certain pesticides used to eradicate a particular species can pollute soil and surface water, posing a health threat.

While few  would argue that smoking out terrorists should take a backseat to preventive measures against importing potential pests, there’s no reason this should be an either or scenario, given  the multi-faceted detrimental economic and potential health effects these species can have on society.