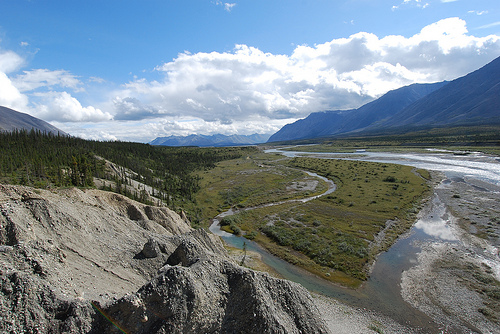 As demonstrated by a recent vote in Congress, it appears that support remains among policymakers to preserve endangered species.

H.R. 2584, the Department of Interior, Environment and Related Agencies Appropriations Act for Fiscal Year 2012, as introduced, included language to prevent the U.S. Fish and Wildlife Service from adding any additional plant or animal species for protection under the Endangered Species Act. House Appropriations Committee Ranking Member Norman Dicks (D-WA) sponsored an amendment to remove the provision from the bill. The amendment passed by a vote of 224-202, with 37 Republicans voting for the amendment and all but two Democrats supporting it. Several key senior Republicans supported the amendment, including Energy and Commerce Committee Chairman Fred Upton (MI), House Science, Space and Technology Energy and Environment Subcommittee Chairman Andy Harris (MD) and Commerce, Justice and Science Appropriations Committee Chairman Frank Wolf (VA).

In light of this relatively bipartisan consensus to preserve endangered species, policymakers should also work to advance initiatives that help sustain protected wildlife. One key tool in ensuring the preservation of endangered species is the establishment of habitat corridors, which help mitigate the effects of habitat fragmentation, brought on largely by urban development. In the latest edition of the Ecologist Goes to Washington podcast, ESA Graduate Student Policy Award winner Daniel Evans discusses his National Science Foundation (NSF)-funded research into habitat corridors and their importance to ecological communities.

Habitat fragmentation can lead to an overall reduction in species population and potentially local extinction of a plant or animal species. As Evans notes, species affected by habitat fragmentation become increasingly vulnerable to natural disasters and predation and are also more susceptible to inbreeding, increasing the prevalence of genetic defects.

In light of this, habitat corridors provide numerous benefits for plants and animals and can play a critical role for endangered species. Habitat corridors allow movement between isolated populations, promoting increased genetic diversity. They provide food and shelter for a variety of wildlife and help with juvenile dispersal and seasonal migrations.

The establishment of additional habitat corridors can also benefit people, with underpasses or overpasses for wildlife helping to reduce vehicle collisions with large animals.  For example according to State Farm Insurance, the biggest U.S. auto insurer, there have been 2.3 million U.S. deer collisions in the past two years, up 21 percent from five years ago. State Farm estimates that deer-vehicle accidents resulted in more than $3.8 billion of insurance claims and driver costs alone over the past year.

Habitat corridors can also minimize interaction between humans and wildlife by allowing predators, such as wolves and bears, to hunt for food in other locations, minimizing their threat to people. The corridors can also serve to minimize wildlife encroachment into human populated areas during natural disasters such as wildfires or floods.

The many benefits of habitat corridors for both wildlife and humans, coupled with the prevailing federal support for the preservation of endangered species presents a sound case for investment in such research initiatives.